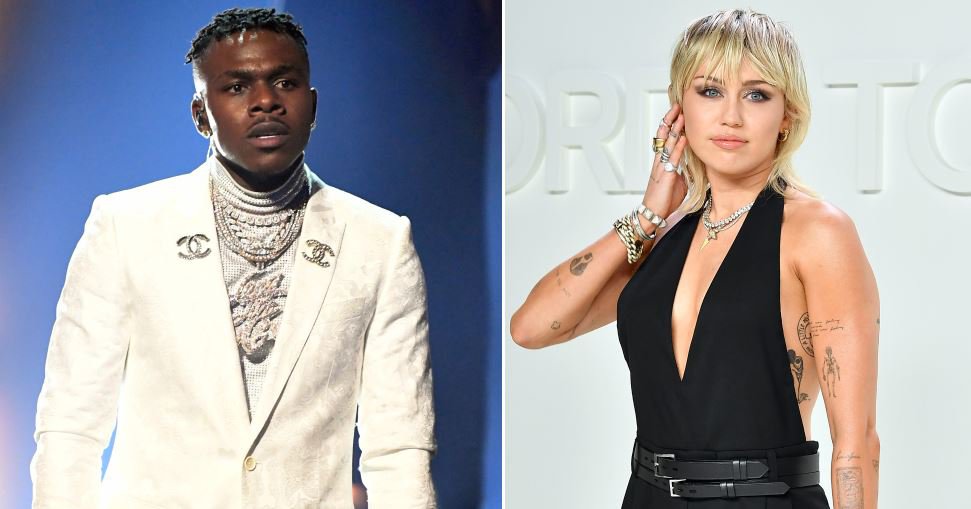 Miley Cyrus has got in touch with DaBaby in order to ‘educate’ him after his misinformed comments about gay men and Aids while on stage at a festival.

The star, real name Jonathan Lyndale Kirk, came under fire for launching into a vile rant on stage at Rolling Loud, telling men who ‘aren’t sucking d**k in the parking lot’ to put their phone torches on.

He reportedly told the crowd the incorrect claim that HIV and other sexually transmitted diseases kill within weeks.

Miley, who identifies as LGBTQ+, spoke out on Instagram not to slate DaBaby but offering to help him have a better understanding of HIV and Aids.

She wrote: ‘@DaBaby check your DMS – would love to talk and see how we can learn from each other and help be part of making a more just and understanding future!’

She also pointed him towards resources that could help him learn more including Greater Than Aids, which provides a public information service on social media.

In a longer statement on her page, the Wrecking Ball singer added: ‘As a proud and loyal member of the LGBTQIA+ community, much of my life has been dedicated to encouraging love, acceptance, and open mindedness.

‘The internet can fuel a lot fo hate & anger and is the nucleus of cancel culture…but I believe it can also be a place filled with education, conversation, communication & connection.

‘It’s easier to cancel someone than to find forgiveness and compassion in ourselves or take the time to change hearts and minds.’

‘There’s no more room for division if we want to keep seeing progress!’ she added.

‘Knowledge is power! I know I still have so much to learn!’

DaBaby was widely slated on social media for his remarks, with the likes of Sir Elton John and Dua Lipa hitting back at his comments about HIV and Aids. The musician was also dropped from multiple festivals including Lollapalooza and Austin City Limits.

He issued a lengthy apology for his ‘misinformed and hurtful’ remarks.

Taking to Instagram, the 29-year-old wrote: ‘Social Media moves so fast that people want to demolish you before you even have the opportunity to grow, educate, and learn from your mistakes.

‘As a man who has had to make his own way from very difficult circumstances, having people I know publicly working against me — knowing that what I needed was education on these topics and guidance — has been challenging.’

The rapper continued: ‘I appreciate the many people who came to me with kindness, who reached out to me privately to offer wisdom, education, and resources. That’s what I needed and it was received.

‘I want to apologise to the LGBTQ+ community for the hurtful and triggering comments I made. Again, I apologize for my misinformed comments about HIV/AIDS and I knew education on this is important. Love to all. God bless. – DaBaby’.