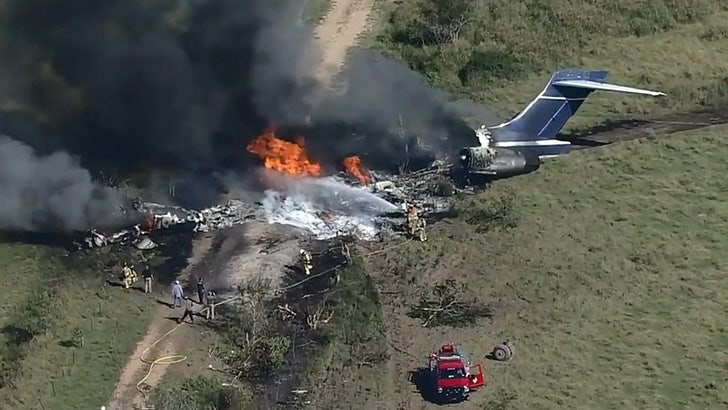 Twenty-one baseball fans headed for the Red Sox vs. Astros ALCS game in Boston were involved in a horrific plane crash Tuesday … but somehow, they all miraculously survived.

Officials say a McDonnell Douglas MD-87 carrying the nearly two dozen people attempted to take off from Waller County, Texas … but crashed before it could ever get off the ground.

Authorities say the plane skidded through a fence and caught on fire … and images of the aftermath are horrifying.

Yet, officials say all 21 people on board — including a 10-year-old — made it out of the aircraft safely … which seems impossible given the state of the plane following the wreck.

Authorities did say 2 people needed to be taken to the hospital due to injuries … but both — along with the other 19 on the ride — are expected to be just fine.

The wife of the plane’s owner told KHOU 11 after the accident that the passengers were all headed for Massachusetts to watch the ‘Stros take on the Sox in Game 4 of the ALCS.

It’s unclear what caused the accident … authorities say an investigation is underway.