Monique Samuels Was Placed in a Different Hotel for the 'RHOP' Reunion: 'I Was Completely Blown'

The Real Housewives of Potomac viewers are still in shock after fan-favorite Monique Samuels has decided to part ways with the show after seeing how she was depicted in the second and third parts of the season 5 reunion. In a new interview, Samuels goes into detail about her decision to leave and things that happened during the show that viewers are not privy to. She says that she was put at a completely different hotel for the reunion, which wasn’t the one where it was filmed. Because of this, she says that she had to purchase rooms out of her own pocket to be where the reunion was taped. 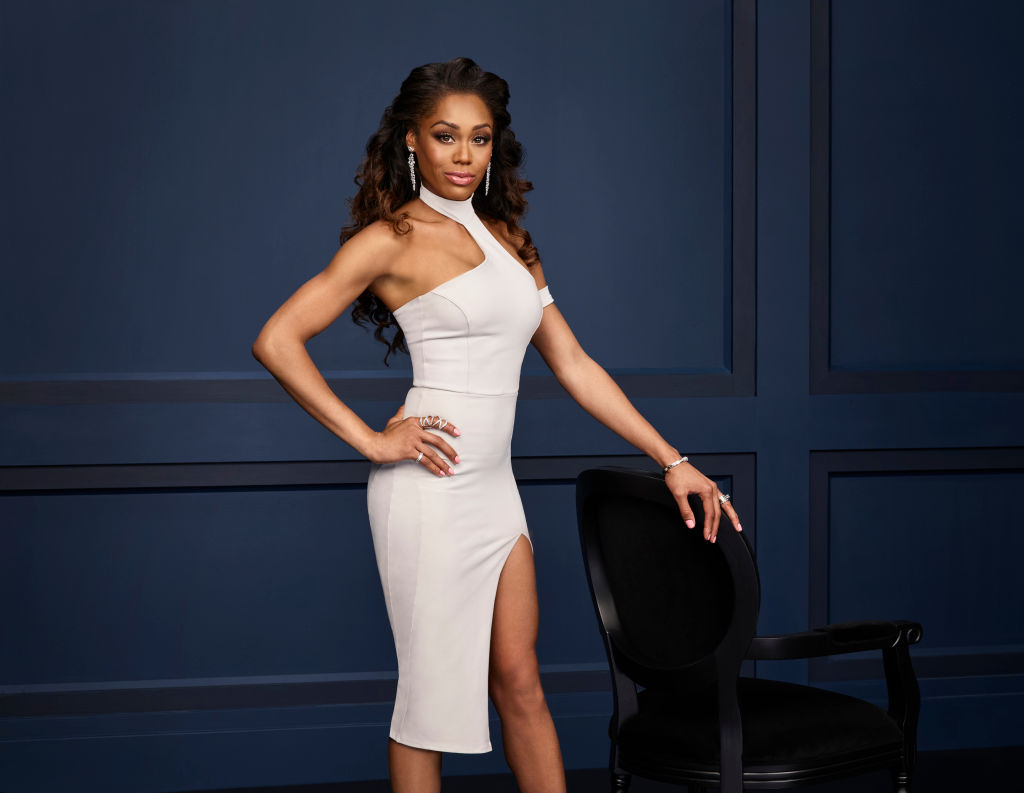 At first, it initially seemed like Samuels would be returning for season 6 of the show, being that she got an offer to return. However she has declined the opportunity to return, and it seems to have a lot to. do with how she was portrayed in the last two parts of the reunion.

While she first announced her departure in an Instagram Live with fans right after the third part of the reunion aired, she later spoke about her thought process and how it all went down in a wide-ranging interview with All About the Tea.

Monique Samuels reveals she was initially placed at a different hotel

Later on in the lengthy interview with All About the Tea, Samuels revealed that things were first off for her during the reunion when she found out that production had placed her in a hotel different from everyone else was staying. All of the other cast members were at the hotel where the reunion was being filmed. Samuels said she noticed that the hotel she received the confirmation for was not like a typical hotel that they would place her at. The reunion was filmed in New Jersey.

“We’re arriving in New Jersey and me and my glam team, we spent hours in the car with my parrot and my husband and my hairstylist and my makeup artist,” she explained. “And we get to the hotel and not that it was a bad hotel, it was just like this isn’t usually the type of hotel that Bravo would have us stay at or the production would have us stay at…so I was like, ‘Oh, this is interesting.’”

She said once she checked in, she noticed that something was up. “We check-in and I’m just like, ‘OK, it’s very quiet in here…it’s kind of empty.’ And we go up to our room and it smells a bit…And we’re getting settled and I’m just looking at my husband…like, this is something just felt off.”

Samuels was able to piece things together when Karen Huger called her and wanted to catch up. Huger called her and asked was she at the hotel and got her room number. “She said, ‘Alright, I’m coming down.’ She comes down and she’s knocking on the door and [she] calls me [and asks]. ‘Why aren’t you answering?’ I’m like, ‘You’re not at my room. I’m like, hold on, let me see.’”

Huger told Samuels that she had to be at the wrong hotel. “She said, you’re at the wrong hotel. I said, ‘Wait, no, it’s always been this hotel from the very first confirmation I got.’ And she was like, ‘No, we’re, we’re at another hotel. This is where we’re going to be filming a reunion and everything.’”

For Samuels, this was an early blow to her reunion experience. “I was completely blown…baffled,” she said. “I felt disrespected. I felt like wow… I was at a loss for words.”

It all worked out, but it could have been a lot worse. Samuels explained, “I went and bought three rooms at the right hotel. And I thank God because even in all of this, had I found out the next day…if Karen and I had not had a genuine friendship and that genuine desire to just want to see each other…imagine me thinking I’m going downstairs [the next morning] and I’m finding out I have to go to another hotel. And I’m spending more money to buy more rooms because we couldn’t get our money back because we already checked into the hotel. We would have been thrown off our game mentally, emotionally, and physically had that all happened the same day where we’re supposed to be preparing for the reunion.”

All in all, Samuels was unbothered at the end of the day because she believes she accomplished what she set out to do at the reunion. “I don’t know what that was about, but it was jacked up. And when tell y’all I take hits under the chin from left and right…and I just smile and keep it chucking. I just try to keep it as professional as possible and it didn’t move me because I was able to show up with my binder and I got the job done.”