Monty Don was left distraught last year when his beloved pet, Nigel, the golden retriever passed away. In an old book written by The Gardeners’ World presenter, he opened up about the time he and his son went to visit the dog for the very first time. Monty also told the tale of how they chose Nigel out of all his brothers and sisters to be the newest member of his family, as well as how they came to agree on the name. But what fans of the horticulturist may not know, is the family’s nickname for the animal.

While Monty is known for fronting Gardeners’ World, the nature-loving gardener has written several books, and in Nigel: My Family and Other Dogs which was released back in 2016, Monty spoke about how they came to have Nigel in their family.

“There was one puppy that caught our eye; sitting apart from the others, it was barking and had a slightly goofy smile,” he reminisced.

“The cottage was set deep in the woods in a clearing down a bumpy grass track, we had the unease of not being quite sure if this could be the right place, combined with worrying it was indeed the right place with all its slightly unnerving remoteness, in this one of the most cut of bits of the UK. 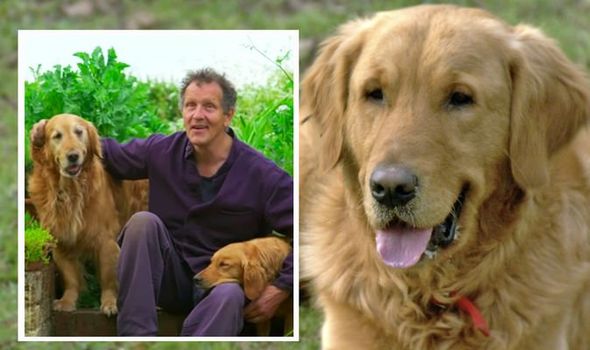 “Once we were inside, it was clear the whole house was given over to the cult of the golden retriever,” he continued to explain in an audio excerpt published on his website, MontyDon.com.

“Three or four adult dogs greeted us in the hall and the kitchen was almost entirely occupied by a mother and her little of pups.

“Outside in the garden were kennels with another, older litter, and two of the most handsome dogs I had ever seen.

“One with a rustic coat the colour of oak. This was the sire of the pups in the kitchen, and a champion obedience triallist.

“The mother came from either a long line of working gun dogs or guide dogs for the blind. In other words, these pups were born to be both good and beautiful. 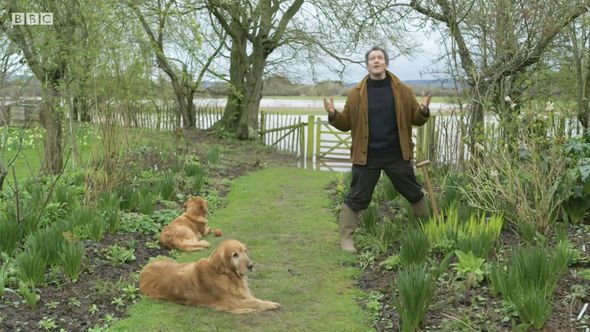 “But for the moment, all these noble virtues lay suppressed beneath the thick layer of cuteness,” he told fans. “Few can be immune to the overwhelming charms of a seven-week old retriever puppy.

“However, I was stonily practical, smoothing away the wrinkles of sentiment with firm hand; look at them carefully I said to my son, check the line of their backs, how do they hold their heads?

“We must make sure they have a good hip score, are they responding with curiosity or fear? We want a dog that is bold and confident. Resist any temptation to rescue the smallest or the most timid.

“But I knew this would bluster; both of us were irresistibly drawn to the one that hung back a little and barked most while looking directly into our eyes,” Monty said. 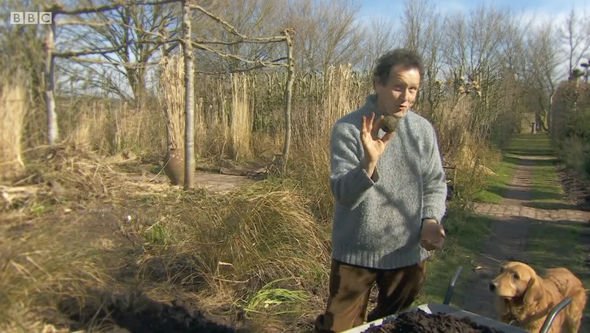 “The bark was not hostile nor afraid, simply talkative. This was Nigel. We chose him, paid our deposit and drove home, wondering what to call him.

“There had been certain discussion already, and some names had strong lobbies within the household,” the presenter revealed.

“One school of thought was anything remotely pet-like was a capitulation to the forces bourgeois degeneration.

“So Bracken, Rusty, Max… Captain, Jake or Barney were definitely out. They fought hard for the least suitable name one could think of.

“The game was made more complex because the name couldn’t be a made-up name. It just had to be as inappropriate as possible,” he laughed.

“Keith was a favourite, followed closely by Nigel with Norman having its fans.

“The other lobby, the older, duller and slightly less excitable section, ie. me, wanted to walk a middle way. It had to sound reasonable when called out in a park, or when the dog went about it’s intended retrieval work, in front of other owners and their highly trained dogs.

“Ted and Tom work well by this measure. In the end, a compromise was struck; Keith – although tempting for its extreme undogginess was jettisoned in favourite of Nigel.”

But the golden retriever wasn’t just called Nigel, in fact, Monty explained: “His full name would be Nigel Bear.

“But first name terms would be adopted by all, although those that know him very well, often call him Old Mr Bear.

“So, a week after our first visit, we drove back to the middle of the forest, and collected Nigel Bear, who of course, was promptly sick in the car.”