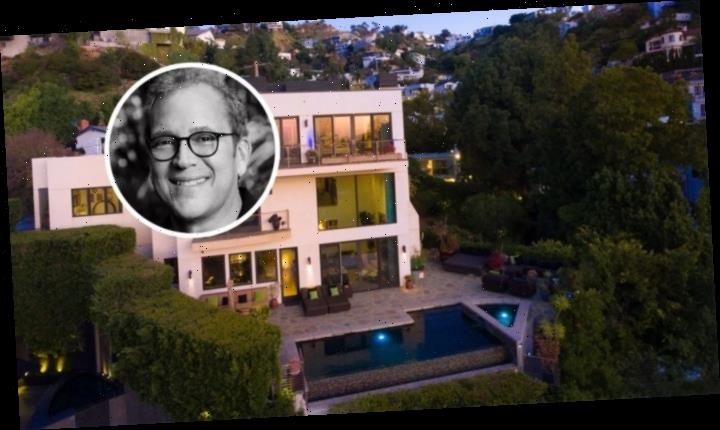 Two rock ‘n’ roll homes owned by music magnate Jeffrey Jampol, best-known for managing the assets of rock legends like Janis Joplin, Jim Morrison and the Ramones, have popped up on the market. Though the houses feature different architectural styles, they both share a quintessential California vibe, with wide open spaces and plenty of widows to usher in the sparkling SoCal sunlight. The larger of the two properties, located in Hollywood Hills, is going for $6.395 million while the smaller home, tucked away in Laurel Canyon, carries a $1.895 million price tag.

The Laurel Canyon property features three bedrooms and two bathrooms in 2,290 square feet and a past steeped in music-industry history. Jampol’s first houseguest was Andrew Oldham, a legendary British music manager who worked with the Rolling Stones from 1963-67 and kickstarted his career as a publicist for Bob Dylan and The Beatles. Jampol has since hosted a number of dinner parties at the home, wining and dining guests like Richard Lewis, “My Sharona” co-writer Doug Fieger and The Cars’ lead guitarist Elliot Easton. He even introduced 311 lead singer Nick Hexum to his wife, Nikki, at one of his soirees. “There is so much magic, so much serenity here,” Jampol said in an interview with Zillow.

The home is located on an oversized lot just a few minutes away from Hollywood Boulevard and the Sunset Strip. Built in 1952, the structure has been meticulously restored with zebra-wood and decked out with all the modern bells and whistles like a chef’s kitchen, a “Zen patio” perfect for alfresco dining and a sunken, jetted tub. French doors in the kitchen and master bedroom open up to a resort-style backyard with complete with a saltwater pool, fountain and bar/dining area. The house was last sold in 2006 for $1.589 million, records show.

The larger Hollywood Hills compound is nearly three times bigger than the Laurel Canyon home with three bedrooms and 3.5 bathrooms in about 6,350 square feet. Marrying form and function, the home has an open floorplan and casual indoor-outdoor flow. There’s also a double-story living room with soaring 30-foot ceilings and a formal dining room. The kitchen features shiny, modern appliances and harbors a cozy built-in breakfast nook. Other fun perks include a movie theater, a private gym with mirrored walls and a wood-paneled, saloon-style bar complete with Stella Artois and Bass beer on tap. Outside, a dining area sits next to an infinity pool and spa that overlook the sprawling Los Angeles skyline. Jampol acquired the property six years ago for $3.95 million, per records.

The listings for both properties are held by Victoria Massengale and Michael Maguire of Compass.