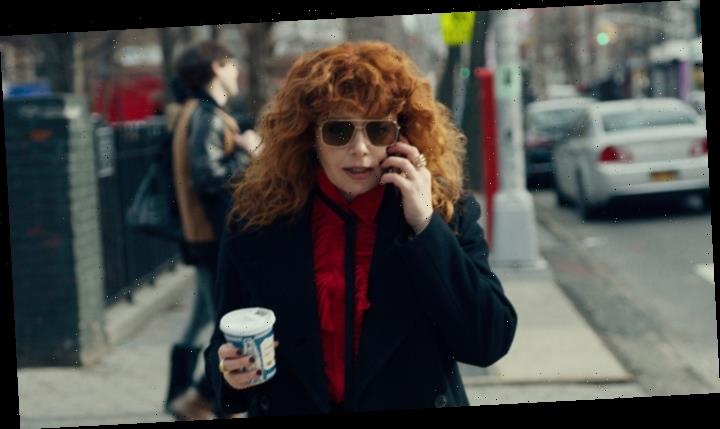 In the ten years since the Guild of Music Supervisors was formed, the organization has come a long way. Granted, the job still involves low pay, long hours and little respect, but at least the craft has been validated with Grammy and Emmy categories introduced by the Recording Academy and the Television Academy, respectively. The GMS has its own presence during awards season, as it hosts its own annual awards ceremony on Feb. 6 at the Wiltern Theatre in Los Angeles. (Quite the upgrade for an event that initially consisted of brunch and four trophies held on Grammy morning.)

In addition to celebrating excellence in sonic storytelling across 16 categories — from film and TV to games and advertising to trailers and emerging media — the organization will honor prolific composer and songwriter Burt Bacharach with the Icon Award. Bob Hunka, a veteran music executive and soundtrack pioneer for Sony Pictures Television who also ran publishing companies for Dolly Parton and Emmylou Harris, will receive the Legacy Award.

Ahead of the tenth anniversary celebration, here are 10 nominated music supervisors to watch.

It’s not every day a music supervisor has the opportunity (or challenge) to clear multiple massive songs by Bruce Springsteen for a major motion picture.  Zoë Bryant and Pete Saville cleared classic Springsteen tracks such as “Hungry Heart” and “Born To Run” for “Blinded By The Light” last year. They also managed to snag memorable British songs such as the Pet Shop Boys’ “It’s A Sin” for the UK-based movie, which Variety‘s Owen Gleiberman called “a more incandescent ode to the life force of pop music than any film ever adapted from the work of Nick Hornby.”

With over 30 songs to clear in this low budget film for A24, Meghan Currier, Joe Rudge, and Randall Poster shot for the moon, and landed. The trio secured songs from such high-profile artists as Kanye West, A$AP Rocky, Tame Impala, Radiohead, Frank Ocean and Kendrick Lamar for “Waves,” and not without considerable struggle. But these seasoned vets know what it takes to land big songs, even if you may not have a budget to match – passion, and perseverance.

Stephanie Diaz-Matos, who recently assumed the role of Head of Music Supervision at Issa Rae’s “Raedio” (which acquired her company in January) helped create a memorable soundtrack for Netflix’s “Someone Great” that owes as much to pop, as it does to hip-hop. Lizzo’s “Truth Hurts” anchors the trailer, and also appears in the film during a memorable scene — helping to launch the song. Pop icons such as Lorde and Robyn also appear in Jennifer Kaytin Robinson’s New York-based film, which pulses with the same energy as the city that never sleeps. Of course, no movie set to depict NYC circa 2006 should be without a Vampire Weekend song. The band makes the proverbial cut via their track “”Mansard Roof” in “Someone Great.”

Breaking into music supervision is a dream job for many, but for Gilbert, it’s all he’s ever known. He stumbled into the job in his early twenties long before it was glamorous, learning his chops at a trailer house where being the top editor (instead of a music supe) was the dream gig. Now, Gilbert is known for helping to make shows such as Netflix’s 1980s-obsessed “GLOW” and “OITNB” major hits, thanks to savvy, inspired (and not always obvious) song choices.  Gilbert most recently has been supervising “F Is For Family” (Netflix) and the new Elizabeth Moss film, “Shirley,” which just debuted at Sundance.

As the Head of Music for Endemol Shine UK, Amelia Hartley has made quite the impact on both sides of the Atlantic over the past decade. As the music supervisor on projects like “Peaky Blinders” (multiple episodes) and “Black Mirror” (also on multiple episodes as well as on the 2018 interactive film “Black Mirror: Bandersnatch”), Hartley has won over fans of both shows via her music supervision. Hartley was responsible for helping create watercooler moments such as Black Mirror’s “Rachel, Jack and Ashley Too” episode, which featured a punchy, re-worked version of Nine Inch Nails’ “Head Like a Hole” and starred Miley Cyrus (who also sang the new version of the tune).

Anyone who questions whether music supervision is an art form has never seen “Euphoria” or “Atlanta,” two radically different showcases for Malone’s impressionistic approach. The common goal is to elevate storytelling — but when dialogue is mumbled by young actors, it’s up to Malone to do the heavy lifting in terms of tone. She’s currently juggling two disparate genres: American crime drama “Defending Jacob,” which is based on a New York Times best-seller, and science-fiction fantasy “Dispatches from Elsewhere.” (The latter presents the challenge of choosing music for a show that isn’t set in reality.) Malone expanded into film with “Zoya” — there’s always one Sundance selection that causes everybody at the festival to freak out and not coincidentally, it’s the same movie that attracted Malone’s interest.

Javier Nuño and Joe Rodríguez have rocketed from obscurity right alongside the quirky (mostly unknown) foreign gems they have found to soundtrack Fred Armisen, Julio Torres, and Ana Fabrega’s rising cult HBO hit “Los Espookys.” The pair choose songs that sound familiar, but trust us, you’ve never heard these tracks. The more obscure the song, the better, for these two. Think synth-soaked exotica from Pablo Infante (a.k.a Pol Del Sur) a Chilean electronic producer with under 200 Soundcloud followers, whose “La Presión de Mejorar” makes it into season 1, episode 3 of the TV series, thanks to Nuño and Rodríguez.

Aminé Ramer, known for her work on films such as “Flint Town” (2018), and “Finders Keepers” (2015), has been beyond busy as of late. She recently worked on the music supervision for last year’s “Jay and Silent Bob” re-boot. Ramer helmed a unique music supe project for the Anton Yelchin documentary “Love, Antosha,” which featured seldom heard songs written by the late actor’s band, The Hammerheads.

A former New Yorker now based in Los Angeles, Brienne Rose has steadily risen up the proverbial supe ranks the past few years, culminating in an ‘Outstanding Music Supervision” nomination last year for her work on Netflix’s “Russian Doll.” Last year, she told Variety “music supervision is always about world-building.” And that the usage of a Harry Nilsson song (“Gotta Get Up”) as Russian Doll’s signature tune (it plays every time protagonist Nadia dies) “resonated so well with the story…this strong juxtaposition of feeling very happy on the surface, but with lyrics that are really tragic and sad,” she added. “That timelessness was really important to us.”

Format Entertainment’s Toko Nagata and Trygge Toven knocked it out of the park when it came time to find songs for Netflix’s “Always Be My Maybe.” The pair not only nailed the urban throwback jams (see Souls of Mischief’s “93′ Till Infinity” and D’Angelo’s “Untitled – How Does It Feel”) but they managed to land some bigger, well-known tracks for the fun, romantic comedy as well, such as Mariah Carey’s “Always Be My Baby.”  There were also original songs in the film from (fictional) band Hello Peril that the duo oversaw (actor from the film Randall Park co-wrote the humorous songs years ago with Bay Area hip-hop producer Dan the Automator).