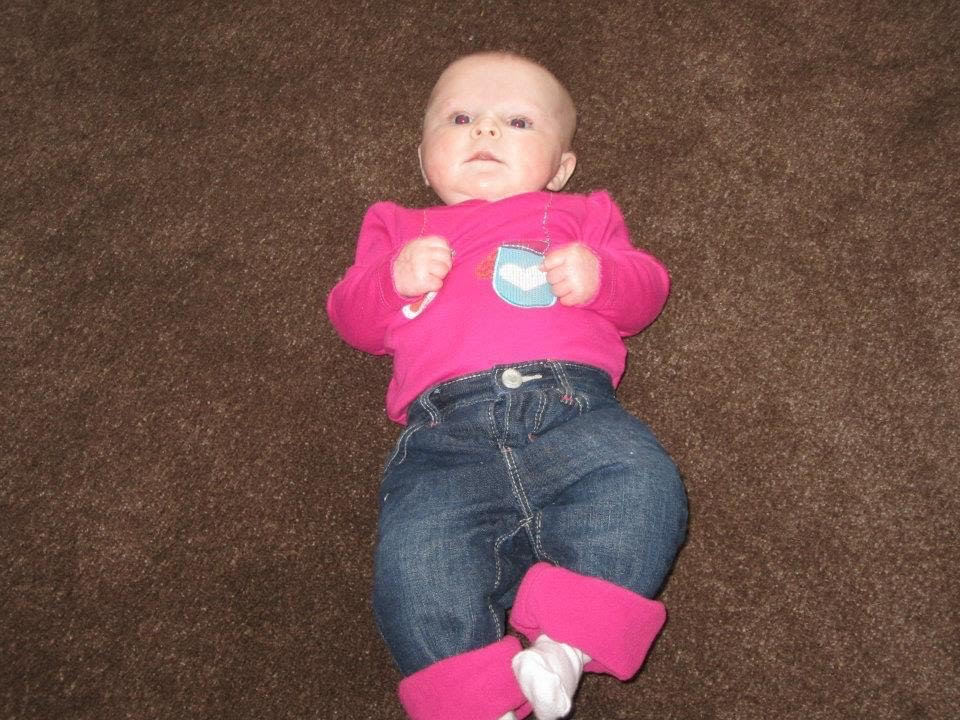 If I close my eyes, I can still feel her in my arms.

I smile as I hear her laughter, as though she is right there in front of me.

In reality, I’m sitting by my daughter Millie’s graveside in the cold, trying to keep the flowers that I lay regularly alive, to keep her final resting place as pretty as she was.

Days after I returned from maternity leave, in October 2012, my daughter choked and died in a childcare setting, aged just nine months.

That day changed my life forever and subsequently changed me as a person.

My husband Dan and I had put our daughter into childcare, as do many millions of other people on a daily basis, so that they can go to work to keep a roof over their family’s head, and put food on the table.

Parents put their kids in childcare to develop relationships with other children, to educate them and prepare them for going to school and for future life. Under no circumstances did we ever consider that our baby would never come home from what should have been a fun day at nursery for her.

Following Millie’s death, Millie’s father and I threw our grief into establishing Millie’s Trust, a charity promoting awareness of paediatric first aid – something that still isn’t mandatory for all childcare staff to have.

While one of the assistants working at my daughter’s nursery did, the woman who was feeding her at the time did not.

This is why I am very much disturbed by the comments that Boris Johnson has made in relation to reducing health and safety measures in childcare settings to help ease financial costs.

He is pushing to allow nurseries in England to take in more children, without the need to employ extra staff – essentially relaxing much-needed health and safety measures that we’ve worked so hard to campaign for.

Up until now, it felt as if we were making progress. Using Millie’s Trust, we ruthlessly campaigned and gained the support of the coalition government to make changes to keep our children safe.

Sam Gyimah, former Childcare and Education minister in July 2016 announced the development of Millie’s Mark, a voluntary scheme for childcare providers to use to gain recognition to display that they actually choose to train every member of their staff in paediatric first aid.

Over 800 childcare establishments gained Millie’s Mark, with them doing so because they care. If something was to go wrong, they wanted to know what to do.

They wanted to know how to save a life if they need to because this is what our children deserve and childcare providers need to know that they did everything that they possibly could to keep a child alive in their care.

At the same time it was announced that, from September 2016, all newly qualified level 2 and level 3 child carers must also have first aid training. This meant that an extra 15,000 staff a year were joining the sector with first aid training, providing vital reassurance to parents that their children will be well cared for.

But I had to lose my daughter to keep everyone else’s children safe. Why did the pressure to train childcare staff in something as simple as first aid fall on my bereaved shoulders?

So this new announcement from Boris Johnson has been an unimaginable blow.

This is not the answer.

The childcare sector is already overworked, underfunded and substantially undervalued and these are the people that we need to leave our children with in order for us to go to work.

I never thought I would put my other children in nursery following Millie’s death, but with the development of Millie’s Mark, the amazing support of our chosen nursery and knowing that all of their staff had been trained in paediatric first aid, I eventually pushed myself through the enormous pain and fear that came with leaving them in the care of strangers.

I allowed my sons to attend nursery so they could develop relationships with other children and prepare for school – it prepared me for them going to school, too.

Now, if I had to put them in nursery again, I don’t think I could face it.

Boris is lucky, he can choose to have a nanny; in fact he can afford to have one for each of his children if he so wants. The majority of us cannot do that, we rely on nurseries and childminders.

Boris has already had one Christmas with Romy, his daughter, and is about to celebrate his son Wilfred’s second birthday at the end of this month – I never got a Christmas or a birthday with Millie.

I wonder how he would feel if he never got to celebrate these milestones with his young children again?

The ratios of staff to kids in no way mean that accidents like Millie’s don’t happen, but it does help to lower the risk, to make them less likely to happen.

How exactly is a childcare worker supposed to carry four babies out of a burning building, or how do they choose whose baby to leave behind because they can’t carry them all out, just because they were assigned four babies that day?

It’s obviously a hypothetical situation, one which is hopefully unlikely, but that’s the true reality of the risks if Boris Johnson’s relaxation of health and safety measures in childcare settings were to go ahead.

The main priority for our children is safety and happiness when we use childcare.

This proposal could put more children at risk – and I wouldn’t wish that pain on my worst enemy.