With Prince Louis turning three this week, the Duke and Duchess of Cambridge shared a sweet photo of the young royal to mark the occasion. BBC Breakfast hosts Naga Munchetty and Ben Thompson were on hand to discuss the milestone on Friday’s episode as they both shared their admiration at seeing the toddler able to get to grips with a bike at such a young age. However, Naga found herself having to correct something she said after a small blunder.

Introducing the snap of Prince Louis on BBC Breakfast today, it was Naga who kicked off the discussion.

“The Duke and Duchess of Cambridge have released a new photograph of their youngest child, Prince Louis, to celebrate his third birthday today,” she said.

Ben then jumped in: “The picture shows the young royal, who is fifth in line to the throne, on his first day at nursery earlier this week.”

“The image was taken by his mother who is a keen photographer,” Naga added before she added her own thoughts on the snap. 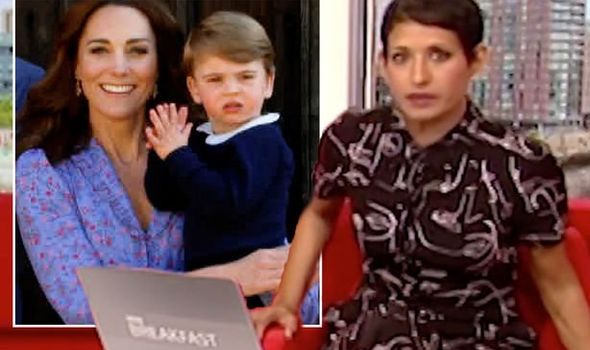 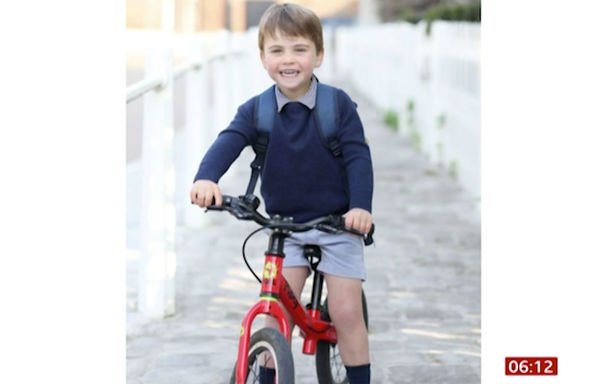 “What I’m really impressed with,” Naga went on. “Is he’s three-years-old and he’s on a bike.”

“I’ve no idea,” Ben replied as he struggled to think of the average age one learns to cycle.

However, a slight silence descended on the BBC studio as Naga was made aware of her slip-up.

“Oh, it’s a balance bike I’m being told,” Naga clarified but it didn’t dampen her admiration. 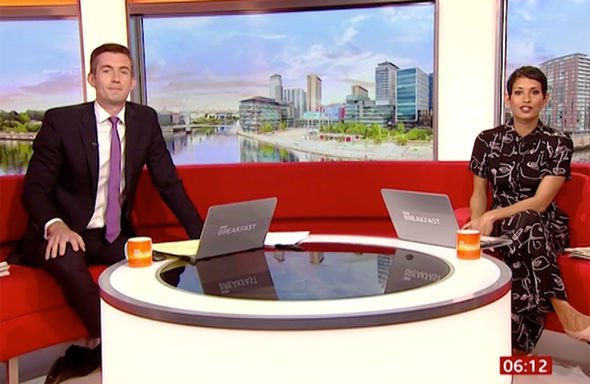 “That’s impressive, isn’t it?” Naga reiterated before she and Ben weighed in with their own personal memories of learning to ride a bike.

And Ben recalled a time in which he was left in quite a bit of pain when it all went wrong.

After being asked how old he was when he learnt and if he remembered, Ben said: “What I do remember is falling off very badly.

“(It) was on tarmac and I lost sort of half of my face with it.”

Naga wasn’t exactly the most sympathetic to her co-star, however, after he recalled the painful tale.

“These things happen,” she shrugged off before the two joked about her lack of sympathy.