Naga Munchetty steps in as Carol Kirkwood suffers BBC weather blunder: ‘Get rid of her!’ 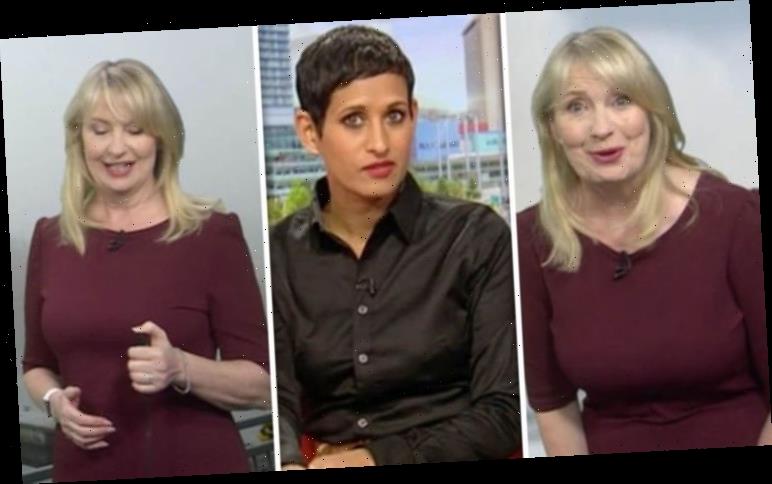 However it wasn’t all smooth-sailing this morning as BBC News host Naga Munchetty had to step in to help out Carol Kirkwood when she suffered a series of blunders while presenting the weather report.

All was going so well on BBC Breakfast this morning until it got to Carol’s weather report.

While talking about viewers can expect over the next few days, Carol tried to remain calm as she struggled with the graphics behind her.

She exclaimed: “My clicker isn’t working so I am going to have to talk you through this instead.”

Carol got through the report but was left embarrassed by the blunder and apologised to viewers. 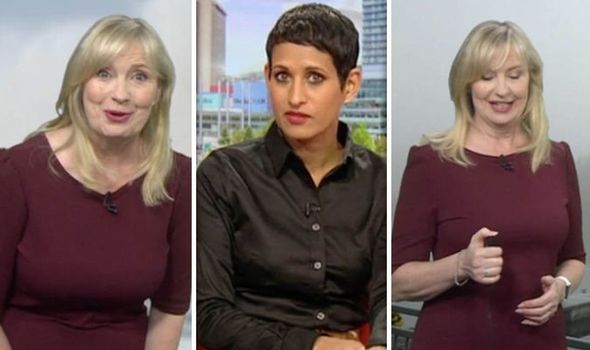 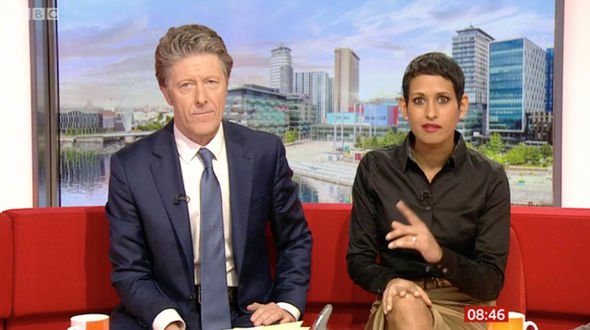 “I can only apologise for my clicker,” she said. “I don’t know what the devil is going on with it but I’ll get it fixed in time for the next broadcast.”

Charlie jumped to her rescue, remarking: “You know what I was going to say Carol? Who needs graphics eh?

“Just a terrific explanation from a terrific weather person that’s all you need isn’t it you don’t need the click thing.”

Naga chipped in: “Personally I missed your tightly packed isobars. 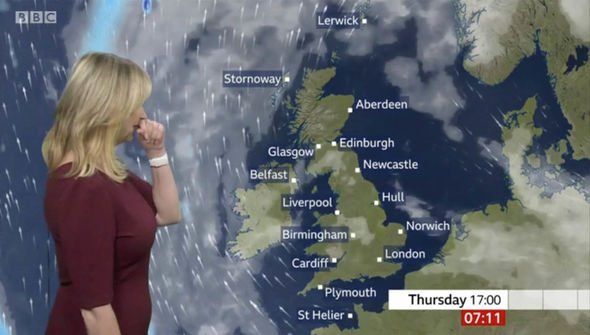 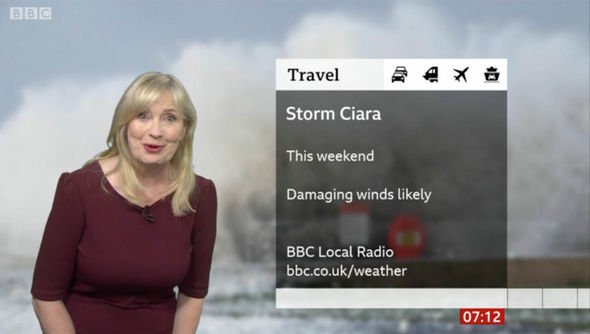 “Is the famous Kirkwood temper tantrum going to come out when you go off air and you kick the heebie jeebies out of that clicker?”

The show continued as normal but as it turned out, it wouldn’t be the last weather blunder on the early morning show.

Later on Naga welcomed Carol back to give her forecast, teasing: “Joining us earlier, Carol had a temper tantrum.

“She broke her clicker. She’s had another tantrum she’s had a word with the clicker and you fixed it.”

The weather woman explained: “I would love to take credit for that but it was the lovely engineers of course who rushed down and fixed it.”

But just as Carol started to talk about some low cloud over Scotland she got a terrible tickle in her throat and appeared to struggle to finish the report.

She said: “I’ve been running around so much with the graphics I’ve run out of voice.”

Naga stepped in to help out suggesting the meteorologist take a break, explaining: “Carol, Carol I am going to jump in, there is nothing worse

“First of all right her clicker breaks and so the graphics go all wrong.

“Let’s get rid of her. Carol give me a nod, do you want to carry on or shall we just come back to you a bit later?”

Carol forced herself to continue and told the viewers: “Hopefully the next one will be ok. This has been a disaster.”

Naga joked: “I think if you’re talking about falling roof tiles and flying wheelie bins, I think you should worry about what’s going on in your studio for the rest of the morning. Just a little warning Carol.”

BBC Breakfast continues on BBC One tomorrow at 6am.