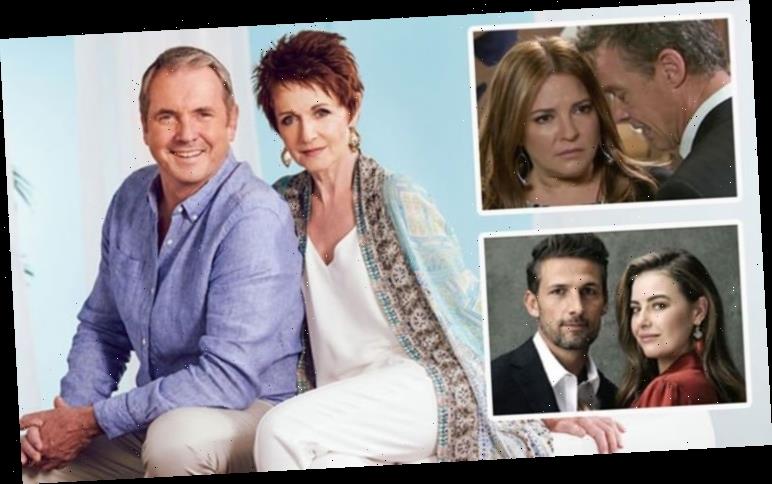 Susan Kennedy (played by Jackie Woodburne) and her husband Karl Kennedy’s (Alan Fletcher) marriage has been less than plain sailing, making them one of Neighbours’ beloved couples due to their resilience to keep on fighting for a future together. Although they had a period of rest bite over the past couple of years, Channel 5 soap villain Finn Kelly (Rob Mills) was certainly someone who split the two down the middle. However, with the sinister character now dead and still causing trouble from beyond the grave, will his demise lead the husband and wife to call time on their relationship for good?

The grievances between Susan and Karl started last year when the former suggested the villain come and live with them after pushing him off a cliff and causing him retrograde amnesia, meaning he could not remember his crimes in recent years.

Although the headteacher felt this would take away some of the guilt she felt for causing Finn brain damage, her husband was less than pleased with the arrangement but came to find an even balance when it appeared the sinister character had turned over a new leaf.

Unfortunately, the soap’s 35th anniversary back in March showed the felon had regained his memories from the past and his dark side resurfaced, leading to his shocking death.

In recent weeks, the doctor’s wife has become the person for whom their neighbours feel they can direct their anger towards for letting the menace back into their lives after causing so much hurt when he first arrived on Ramsay Street back in 2017.

As the couple try to deal with the hate they are receiving, could their opposing views on the matter force the pair to split for good this time? 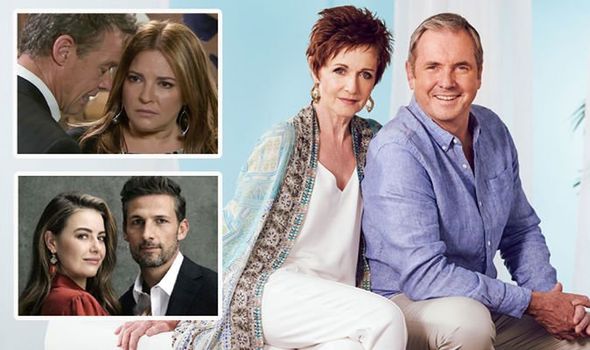 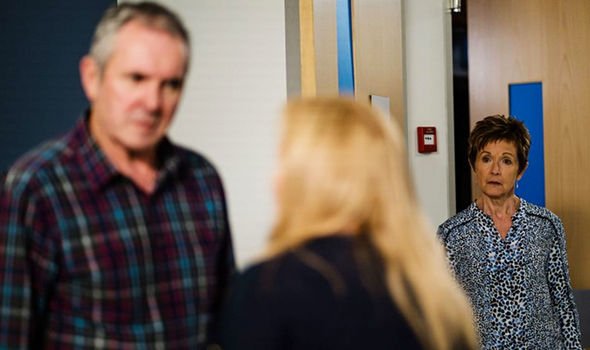 Recent episodes have already seen tensions beginning to emerge with Sheila Canning (Colette Mann) trying to force Karl to admit he was strongly against his wife’s wishes to bring Finn back into their lives.

Overhearing conversations between the pair, Susan was deeply upset that her husband didn’t stand up for her and seemed to blame her for the tragedies which occurred during the soap’s anniversary episodes.

During the late-night episodes, the villain was behind the deaths of Prue Wallace (Denise Van Outen) and her husband-to-be, Gary Canning (Damien Richardson), as well as his own demise after slipping into a grave which was filled with water.

Speaking exclusively to Express.co.uk, Susan actress Jackie teased trouble was on the horizon for her character and Karl, but will their marriage be able to survive this latest hurdle? 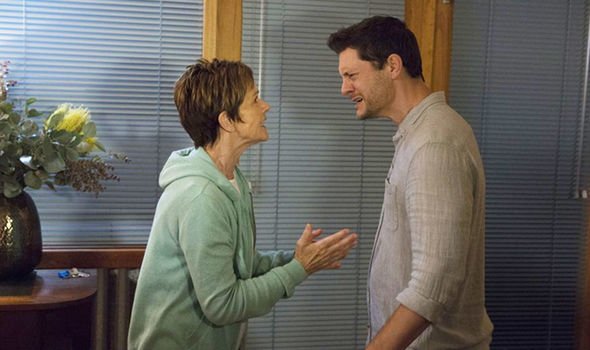 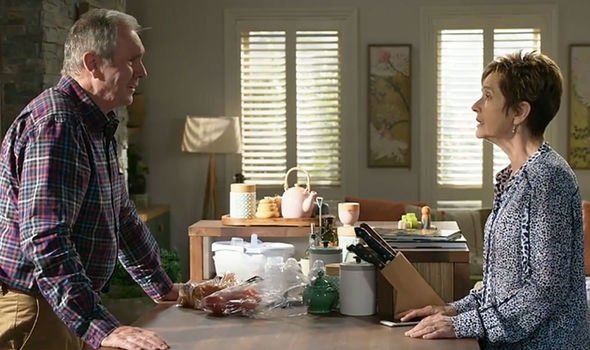 The soap star explained: “Whilst Susan feels completely responsible and guilty about what’s happened, she blames herself entirely, I think she feels that she can take it, she can get through it.

“She’s pretty strong. But if he doesn’t have her back, if he can’t be her champion through this, then she’s lost.

“She’s completely on her own, without any kind of sanction or any kind of support. So, when she feels Karl also blames her along with everybody else, she’s absolutely devastated.”

With so much uncertainty on the horizon for the couple’s future, will the headteacher end up filing for divorce as she feels she can no longer trust her other half?

This isn’t the first martial issue the pair have faced, as long-time viewers will remember the husband and wife have come divorced before.

Izzy Holland (Natalie Bassingthwaighte) drove a huge wedge between the pair when she ended up pregnant with Karl’s daughter, Holly Holland (Lucinda Armstrong Hall), after the pair had an affair.

The shoe was on the other foot some years later, however, when Susan struck up a friendship with Jim Dolan (Scott Parmeter), as he fought cancer, leaning on the headteacher for support.

So, with no infidelity coming between them this time, will the beloved couple file for divorce for the umpteenth time because of Finn?

A test will come in the form of a former resident returning to Ramsay Street, too, as Karl comes face-to-face with an old flame.

The Australian soap is bringing back Olivia Bell (Alyce Platt), who the doctor first met when he began online dating after a split from his wife.

Nothing came to fruition for the pair, but when they meet at The Waterhole in upcoming scenes, will sparks start to fly?

With things on tenterhooks at home, could the Neighbours icon betray Susan as they begin the proceedings for divorce?

Neighbours airs Mondays, Wednesdays and Fridays at 1:45pm and 5:30pm on Channel 5.