NeNe Leakes is celebrating her late husband, Gregg Leakes. The former Real Housewives of Atlanta star reunited with some co-stars and friends at an event in honor of her husband.

The celebration of life was held at NeNe’s Linnethia Lounge in Atlanta, Georgia, on Monday, where a number of former Real Housewives of Atlanta castmates came together to pay their respects and celebrate Gregg’s life.

Among those spotted at the event were past and present RHOA stars including Lisa Wu, Phaedra Parks, Marlo Hampton, Porsha Williams and Eva Marcille.

Ahead of Monday’s gathering, NeNe took to Instagram and shared a throwback photo of herself and Gregg sharing a sweet kiss.

“Today we celebrate you Gregg with love, just the way you wanted it💔” she captioned the post.

Gregg and NeNe’s son, Brentt, shared a photo from the celebration of life event to his Instagram story, to commemorate his father.

The photo showed a large, smiling portrait of Gregg that adorned one of the walls of the lounge, which Brentt captioned, “Love ya pops.” 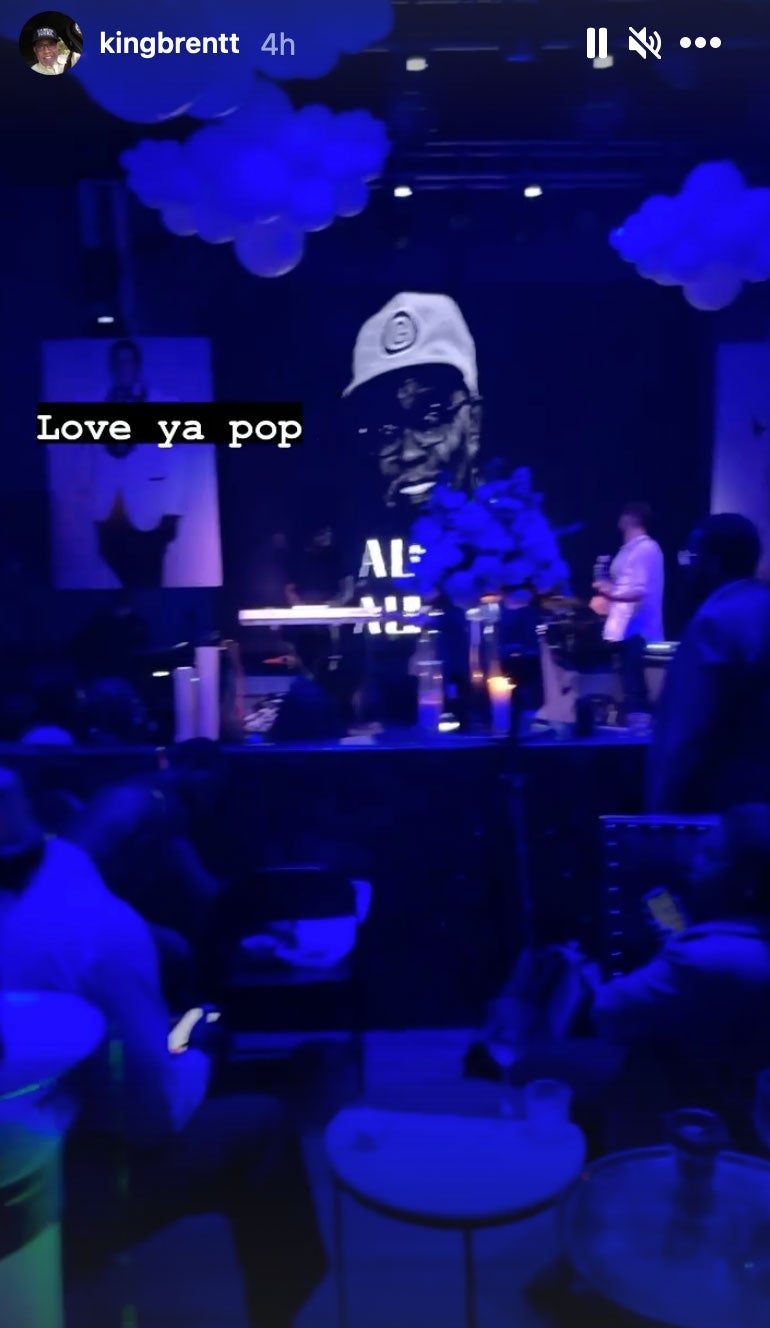 Gregg died after a battle with colon cancer on Sept. 1, at the age of 66.

NeNe, 53, first revealed in June 2018 that Gregg had been diagnosed with stage 3 colon cancer but as of May 2019, he was cancer-free. However, in June, NeNe said his cancer had returned.

One month later, she gave fans an update on her husband’s health and shared that he was released from the hospital after he underwent surgery and was hospitalized for six weeks.

Gregg first married the reality star in 1997 but she filed for divorce from him in 2010. However, they reunited and remarried in 2013.

Following the news of his death, celebrities from across the country took to social media to share tributes and condolences.

Gregg is survived by his six children — Daryl, Damian, Dexter, Denton, Katrina as well as his and NeNe’s son, Brentt. He was also a stepdad to NeNe’s son, Bryson, whom she had from a previous relationship.