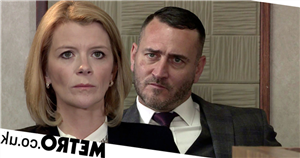 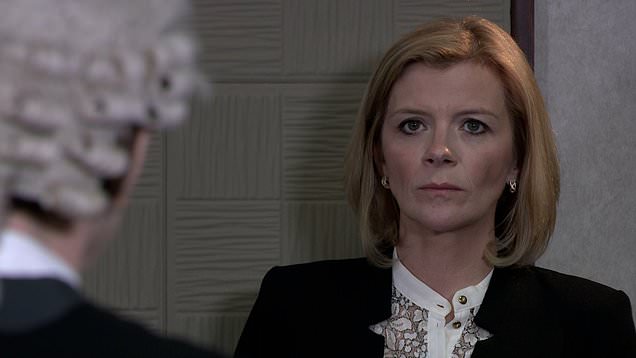 The stalwart of the ITV soap promised Harvey that she would back out of giving evidence, in the hopes that his case would fall through and he’d quit threatening her family.

However, with DS Glynn having popped by for a visit last week, Leanne has once again found herself conflicted.

‘I know there’s no such thing as a nice drug dealer, but we made info on that batch public, and they continued to sell. They knew what they were dealing, and they promised those kids that it was safe.’

Leanne was horrified to learn of such a thing. The question is: will it play a role in changing her mind about giving evidence?

In scenes on Sunday (June 20), Harvey instructs thug Rhys to teach Leanne a lesson in order to remind her who’s in charge. Nick Tilsley (Ben Price) and Sam Blakeman (Jude Riordan) are shot at, leaving her fearing for their lives. 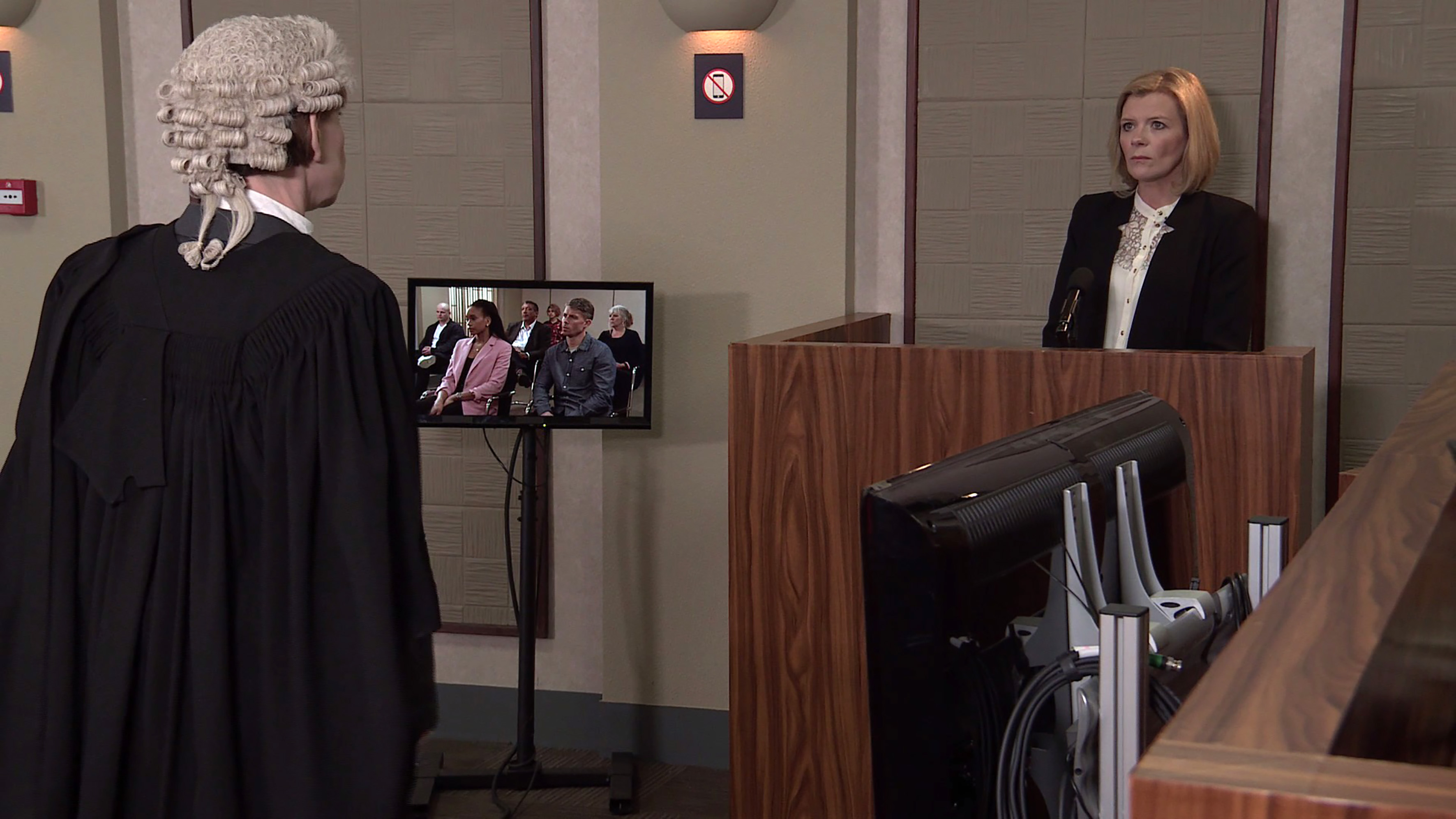 The above clip confirms that Nick survives the ordeal, but will the incident have the desired effect for Harvey? Will Leanne do as he demands and refuse to give evidence while on the stand?

Or will it have the opposite effect and result in her deciding that she will, in fact, do whatever is necessary in order to put Harvey behind bars?

‘In the scenes with the gunman on the street you see a real shift in how she feels about it all,’ actress Jane Danson told Metro.co.uk.

‘She thinks this will never end unless she stops it now. She is terrified and trying to do her best, but she doesn’t know if telling the truth or lying is the best thing or not.

‘I suppose it will be how she feels on the day.’

Leanne takes to the stand in the clip above, which will air on Wednesday (June 23), but as she faces Harvey, just what decision will she make?

Coronation Street airs these scenes Wednesday June 23 at 9pm. Alternatively, these episodes will be available to view as a boxset on ITV Hub, due to schedule disruptions during Euro 2021.