Sorry, this video isn’t available yet.

Priya Kotecha (Fiona Wade) is left in shock in Emmerdale when her doctor tells her he’s happy with her progress and thus he’s going to discharge her.

The popular character was badly injured after she was caught in the fire at the maze several weeks ago during the survival event.

She’s been in hospital ever since, and had two skin grafts in order to treat her burns.

In Friday’s (November 5) edition of the ITV soap, however, she learns that she can go home.

The above clip – taken from the episode in question – sees the doctor tell Priya that her ‘grafts have taken really well’.

‘I think all things being considered,’ he says, ‘We might be able to discharge you later today.’

Priya is taken aback by the news, evidently not having expected this. 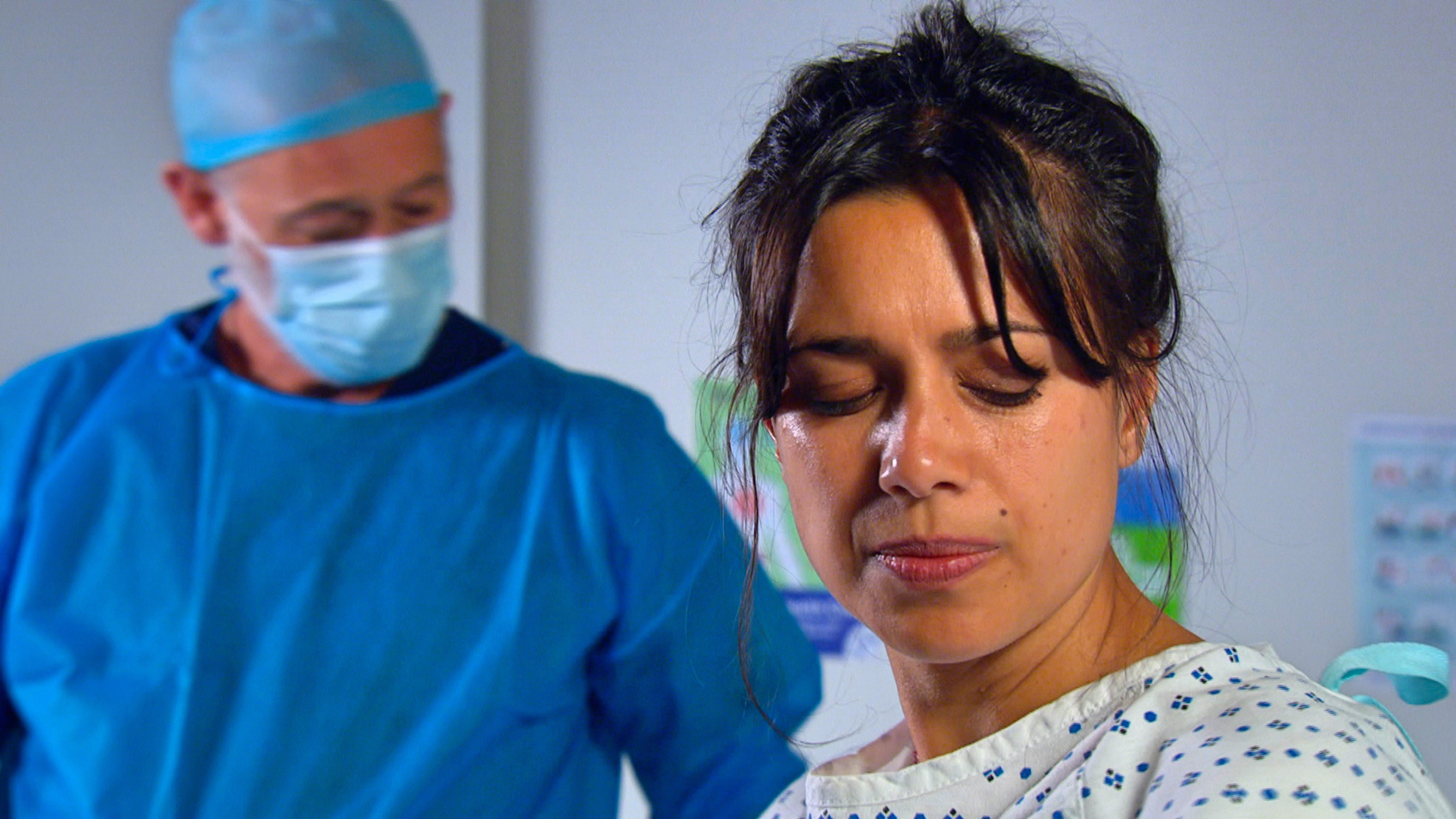 But the conversation soon turns to her family, and things become awkward.

‘They’re… they’re really great’, she says, referring to her loved ones.

Viewers will know that Priya kicked both Rishi and Jai Sharma (Bhasker Patel and Chris Bisson) out of the hospital after they lied to her.

The doctor, however, doesn’t pick up on the awkwardness, instead telling Priya that this is good, as she’ll ‘need them to be’ great.

Will Priya be able to forgive Rishi and Jai? What about Ellis Chapman (Aaron Antony)?

She receives a phone call from Ellis – as seen in the clip above – but she chooses to ignore it.

Changing Faces is the UK’s leading charity for everyone who has a scar, mark or condition that makes them look different. For advice or support see www.changingfaces.org.uk or call 0300 012 0275.

Emmerdale airs these scenes Friday November 5 at 7pm on ITV.