It’s the sweet taste of freedom.

Rapper-turned-state-songbird Tekashi 6ix9ine was spotted Sunday enjoying his newfound freedom from home confinement with a stroll through Midtown Manhattan and an ice cream cone.

The “Trollz” rhyme-spitter, 24, enjoyed the treat as he and his security entourage walked along East 47th Street for several blocks, stopping at points to pose for selfies with fans — hardly keeping a low-profile despite snitching on the Nine Trey Bloods gang.

Tekashi, Daniel Hernandez to the State of New York — was sentenced to 24 months in prison plus five years of supervised release last December after pleading guilty to racketeering conspiracy and eight other charges.

He had faced 47 years in prison after copping to joining the Nine Trey Bloods to help his career, and backing them financially.

He instead chose to turn state’s evidence in a high-profile trial that put many members of the crew behind bars but refused to enter the witness protection program.

Having already spent 13 months behind bars during the case and been released to home confinement in April amid the coronavirus pandemic, 6ix9ine was finally freed on Saturday, when his ankle monitor was removed, according to his lawyer.

While out and about on Sunday, 6ix9ine was heard griping that he was unable to go live on Instagram to interact with his some 713,000 followers.

“Yo, Instagram restricted me from going live,” he was heard saying into his phone at one point during the jaunt. 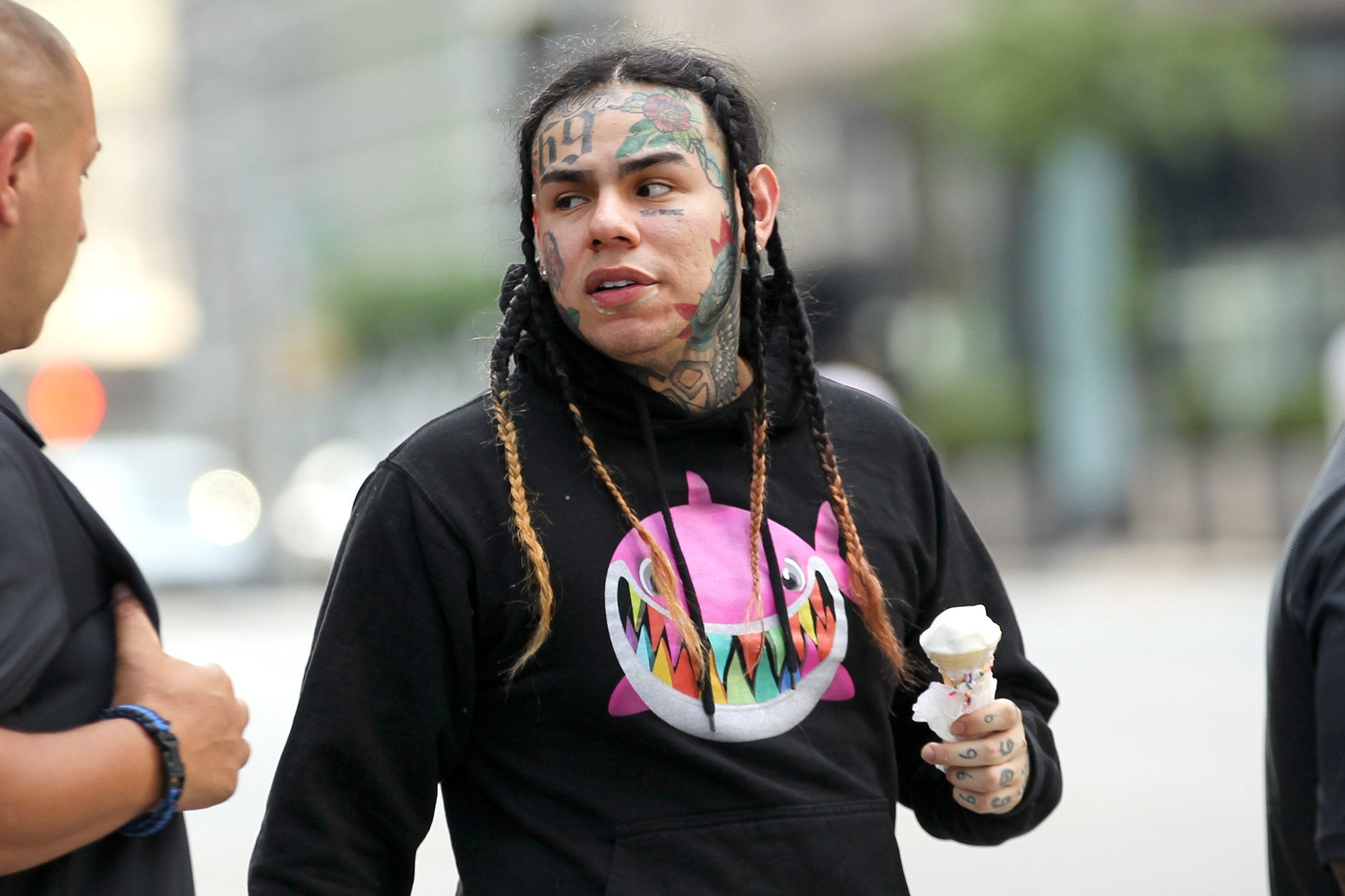 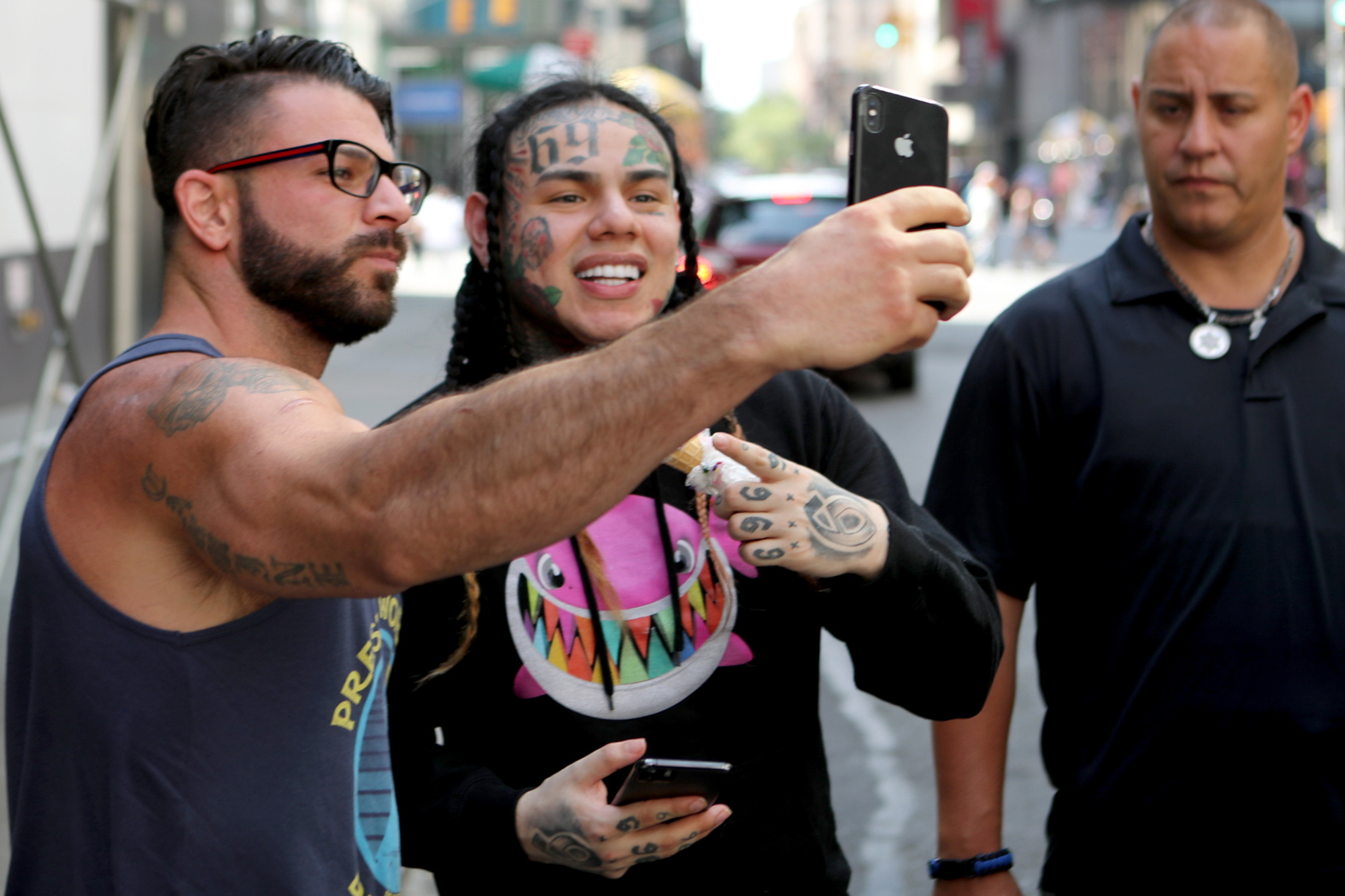 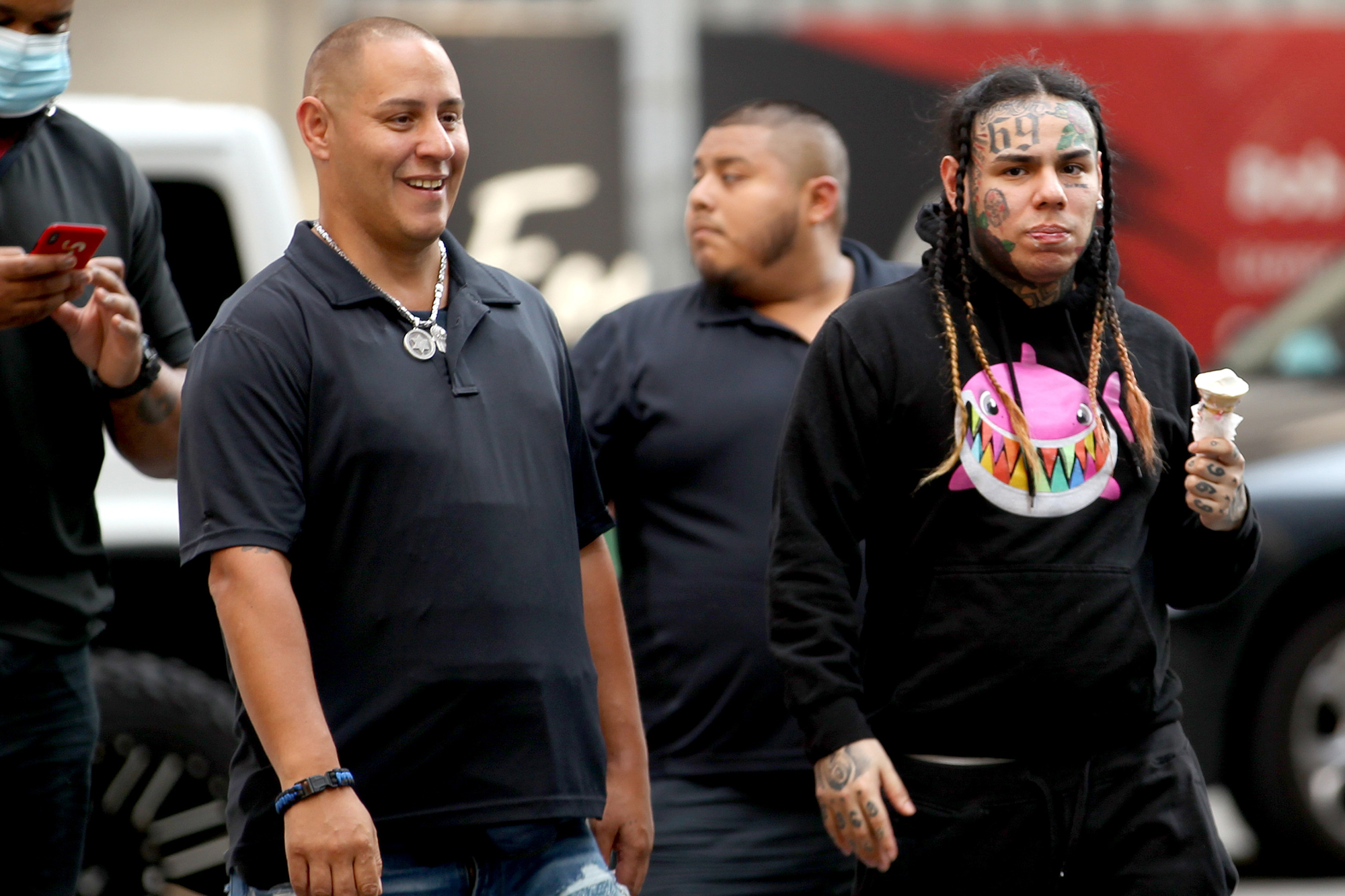 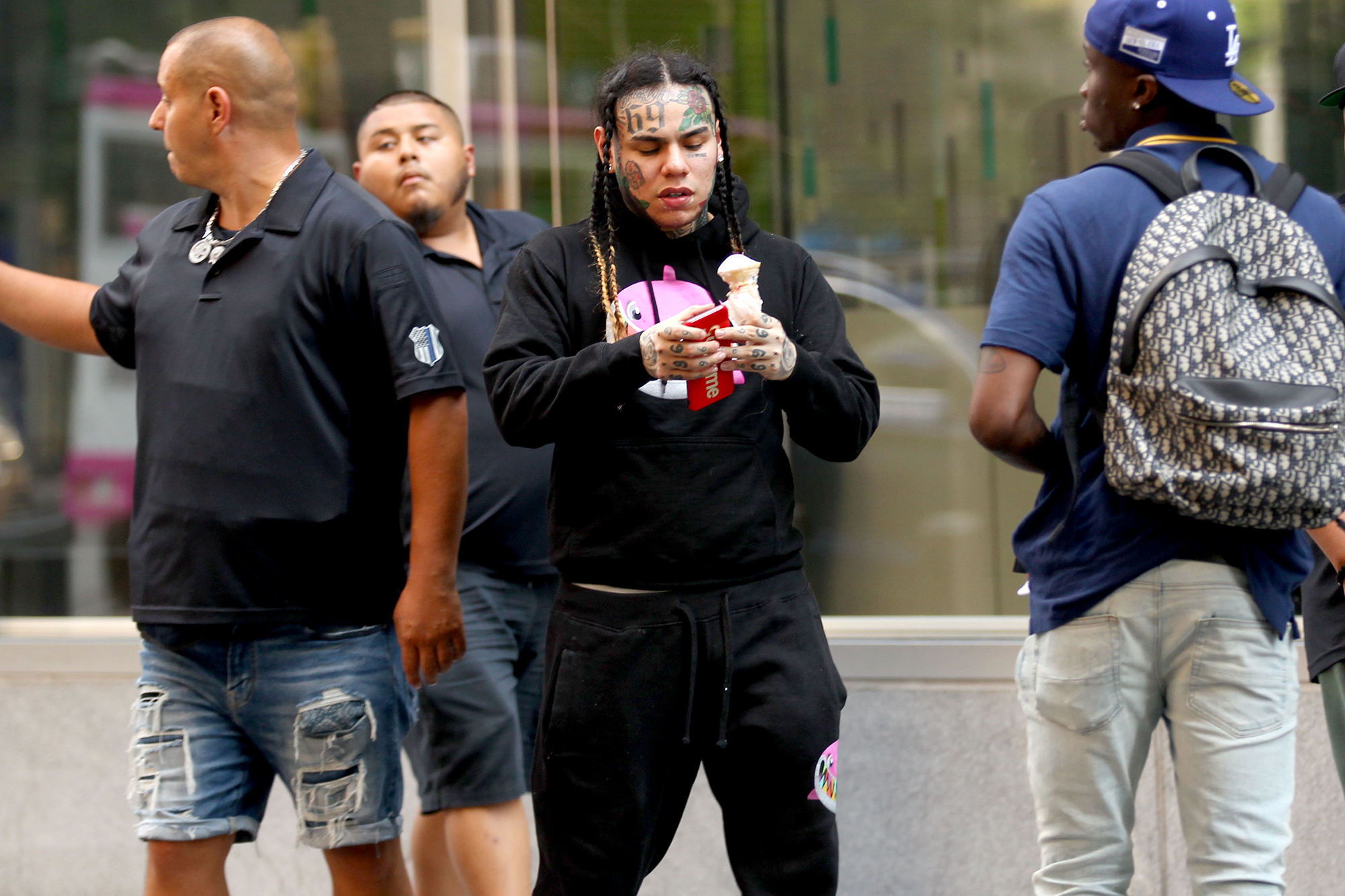