Nick Knowles holds his lockdown locks back with a hairband as he films new TV series in Exeter.

NICK Knowles was pictured wearing a headband holding his locks back as he films a new TV show in Exeter.

The presenter, 58, was sporting his lockdown look as her took to the streets to shoot a new series. 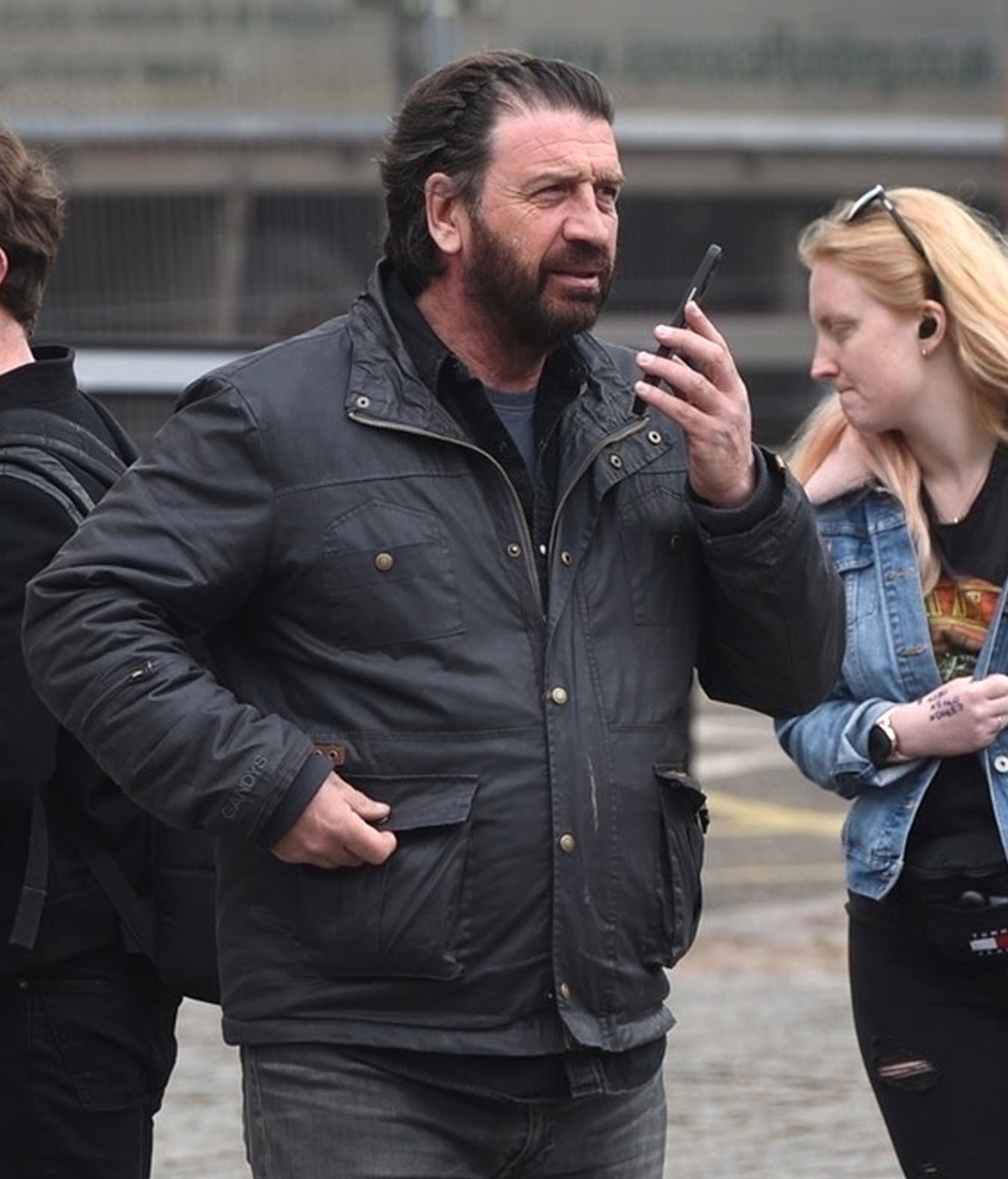 Production for the new TV programme was taking place outside Exeter Cathedral.

Nick was sporting an Alice band around his long hair, showing us the effects of not having a haircut for months.

The TV personality seemed a little pre-occupied whilst chatting away on his phone.

DIY SOS, which Nick has hosted since its inception in 1999, is a show based on sorting peoples clutter filled houses. 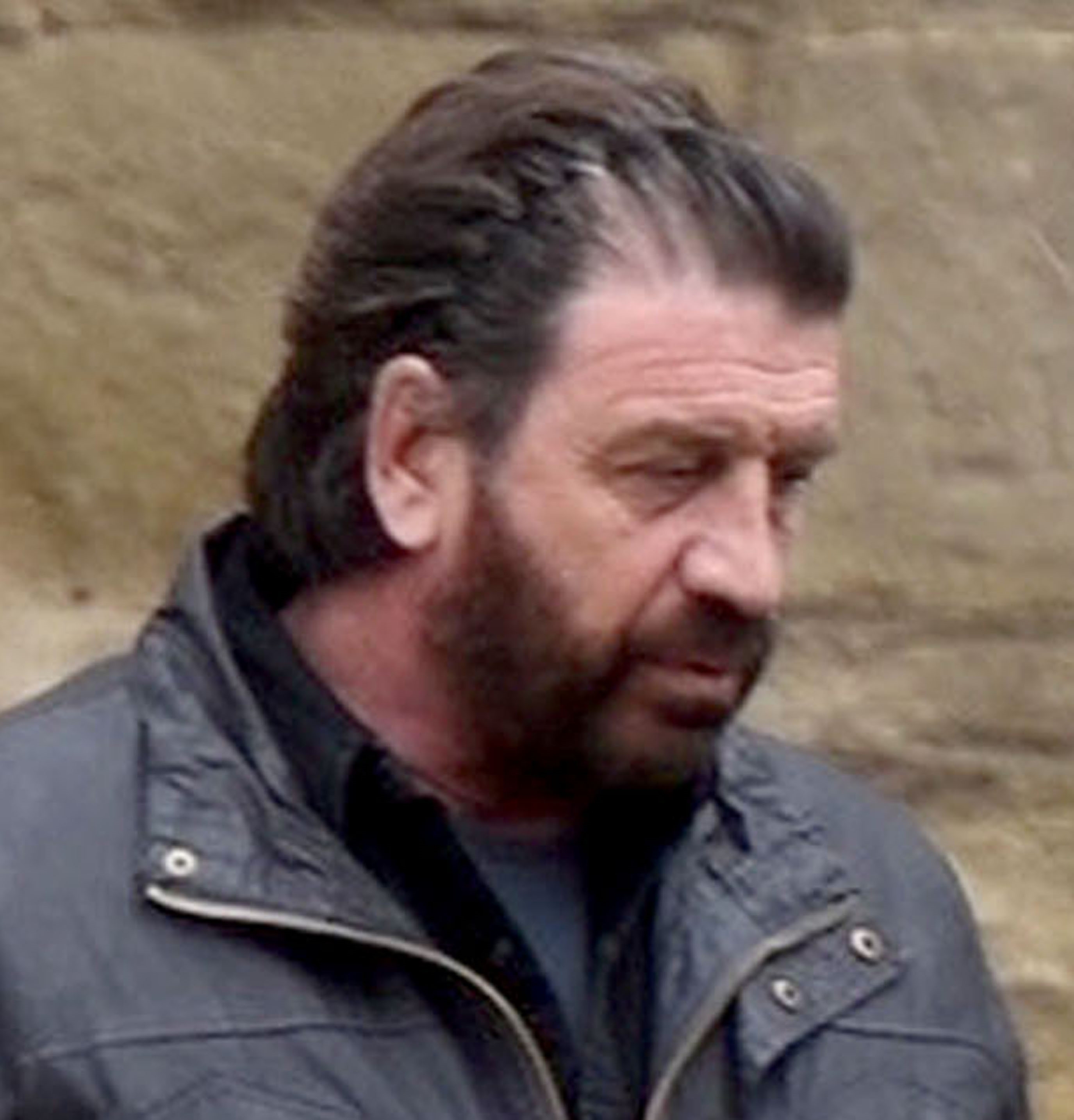 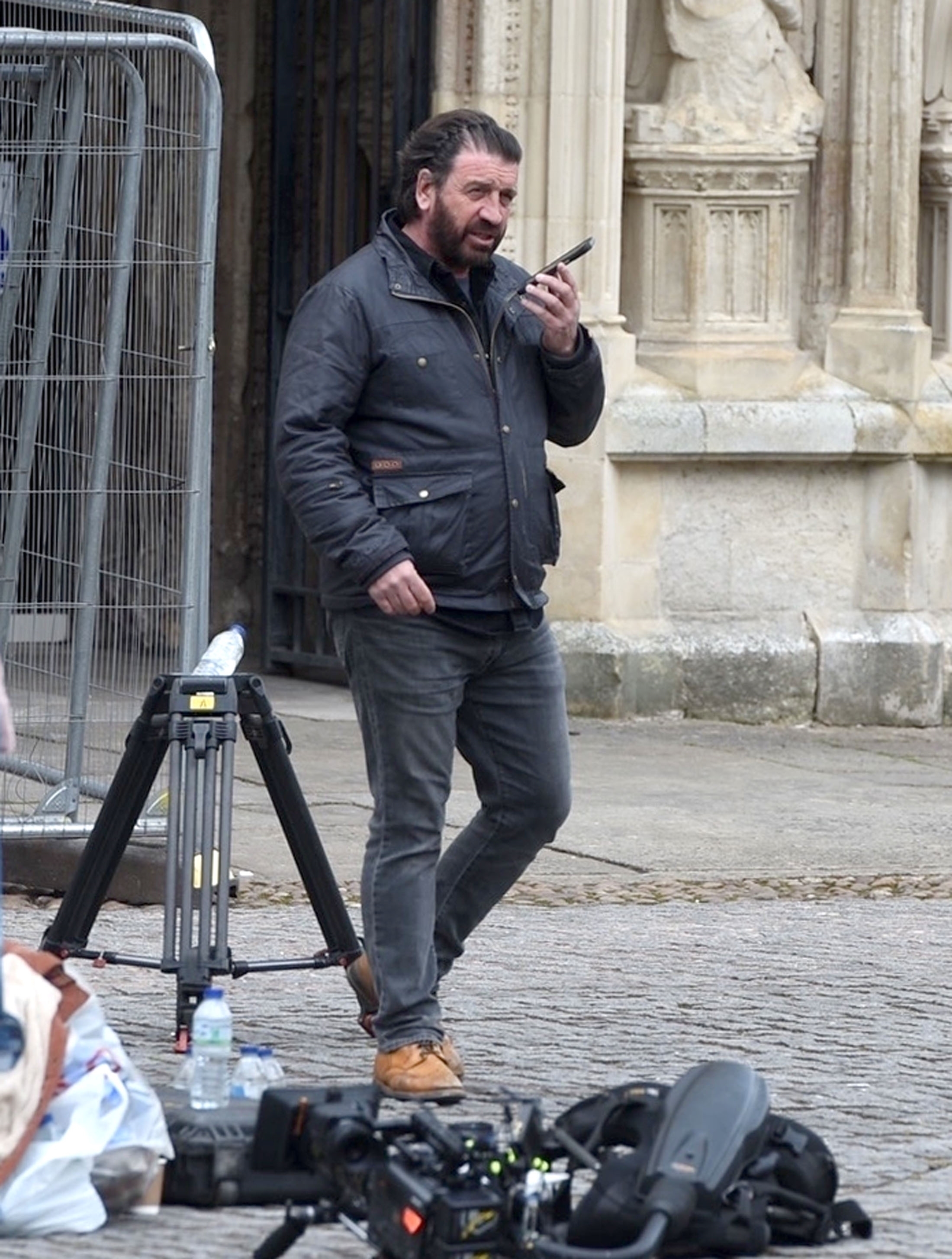 Nick donned a black jacket with grey denim trousers and brown shoes as he wandered around outside Exeter cathedral.

He was also seen taking a breather as he puffed on a cigarette while he appeared to be having a conversation with someone to his right.

The former I'm A Celebrity star took to Twitter after filming and explained he had been helping to 'conserve' the cathedral.

He penned: "Great day with the wonderful team conserving @ExeterCathedral with some really exciting finds uncovered – honoured to be there." 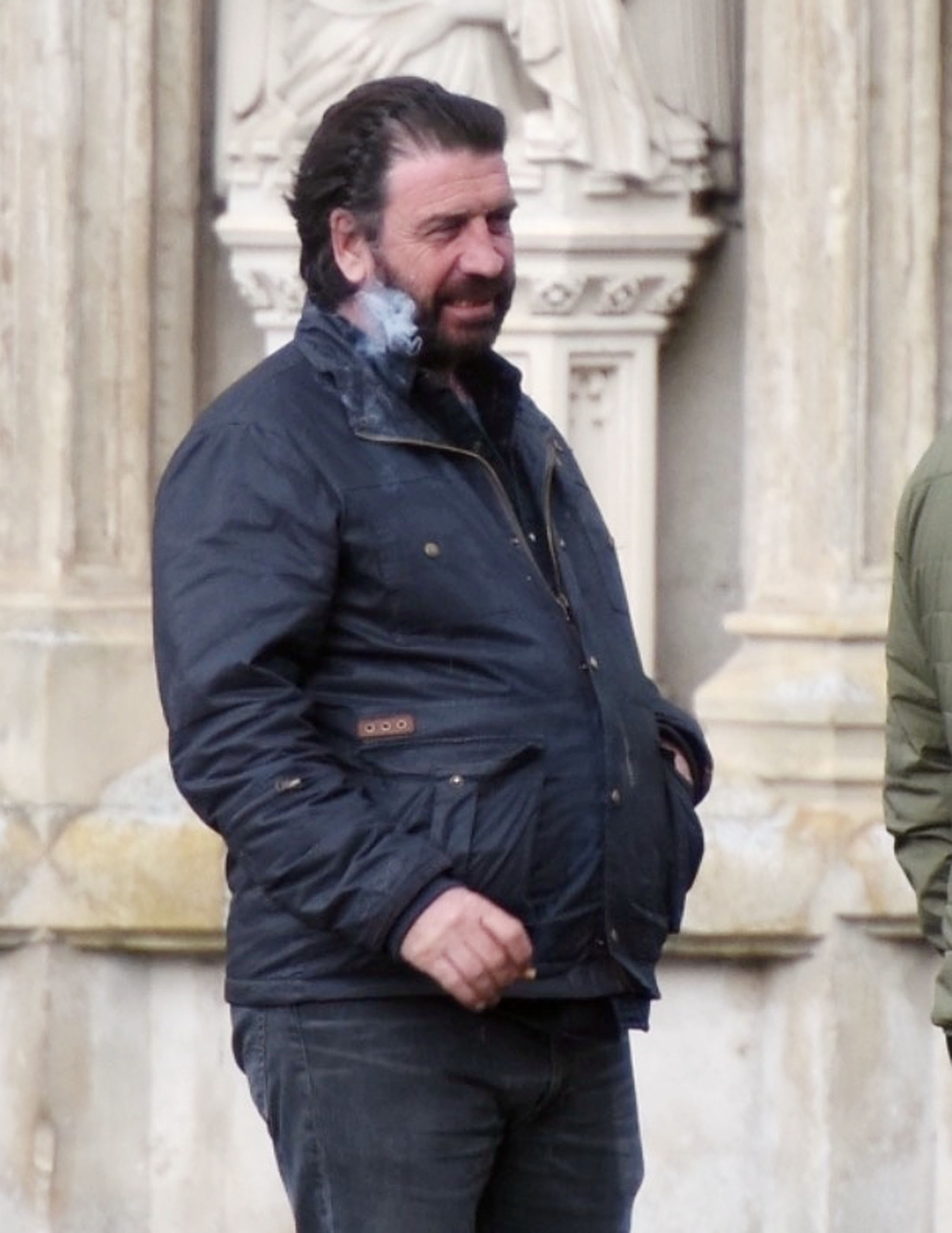 Last month Nick signed a major deal with rival Channel 5 after his exclusive deal with the BBC ended.

That being said, Knowles has no intention of leaving the DIY SOS, which means everything to him.

He told MailOnline: "DIY SOS is the most important thing I do and it’s always meant more to me than just a show. To see people coming together representing the best of communities is more important now than ever.

"I have absolutely no intention of leaving DIY SOS – it’s not just a job for me, we are a family and it has my heart."