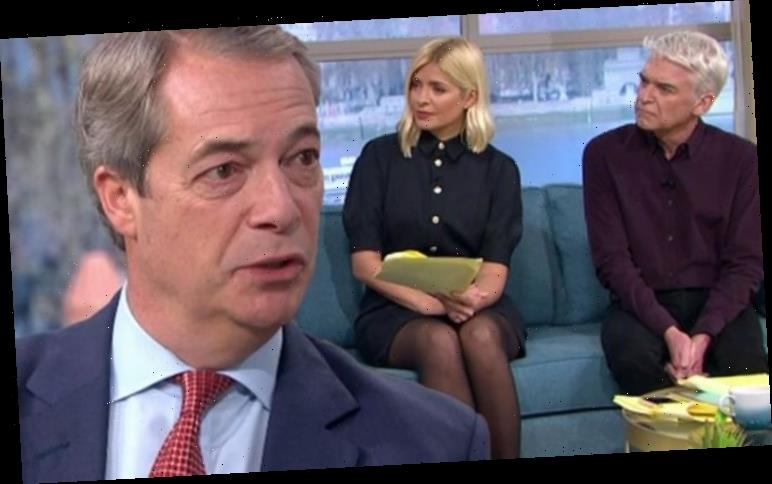 In nine days time Britain will formally leave the European Union with a withdrawal deal. Following its departure, the UK will enter a transition period until 31 December 2020. Today, Nigel Farage MEP and leader of the Brexit Party spoke to This Morning presenters Holly Willoughby and Phillip Schofield about the need to keep his party open but dormant incase Boris Johnson “makes a mess of Brexit”.

“So what’s the point now of the Brexit Party?” Willoughby asked.

Farage replied: “Well look, this time last year it looked like a second referendum was coming down the track, that Brexit may not happen and the general public discussed with politics and politicians had reached an all time low, that’s why I came out of political retirement and founded the Brexit Party.

“It was a dramatic success, so successful we won the EU elections, we got rid of Mrs May and Boris Johnson came in and almost word for word, took the agenda we fought on.

“So I’m delighted I formed it, but what I’ll do now is put it on care and maintenance, just in case they make a mess of it.” 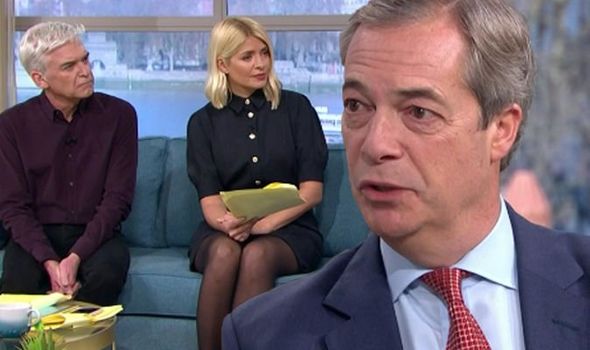 “And do you think they are going to make a mess of it?” Willoughby probed. “How likely do you think you’ll be called back out?”

“Do you know, in 2016, I actually believed Mrs May was to do the thing properly, I believed we were going to leave because that’s what we were told. I was wrong,” Farage replied.

“So I’m not going to close it down, I’m going to keep it there in case they make a mess of it.

“But I think the truth of it is, Boris Johnson knows, [Sir] Kier [Stamer] has got a big parliamentary majority, if he [Boris] goes soft on this he would lose in five years time. 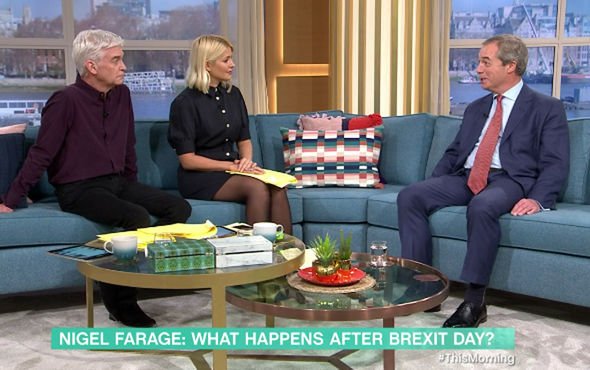 It comes after Farage spoke about a party he was holding on the day Brexit was taking place.

“I’m having a party in parliament square – it’s meant to be upbeat, optimistic and fun, to not mark this moment is ridiculous,” he told the hosts.

When Schofield asked him whether a party would be rubbing people’s noses in it, Farage commented: “Brexit celebrations are the best way to unite the country.” 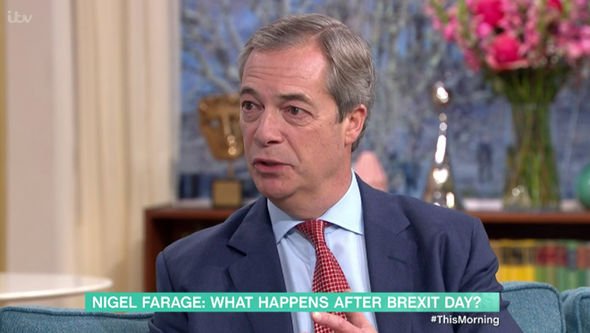 As for what is going to happen on February 1 and onwards, the UK’s trading relationship with the EU will remain the same while the two sides negotiate a free trade deal.

At the same time, many other aspects of the UK’s future relationship with the EU – including law enforcement, data sharing and security – will need to be agreed.

If a trade deal is ready in time, the UK’s new relationship with the EU can begin immediately after the transition.

If not, the UK faces the prospect of having to trade with no agreement in force, and this would mean checks and tariffs on UK goods travelling to the EU would be enforced.

Mr Johnson has ruled out any form of extension to the transition period, meaning the clock is already ticking.

While the Conservative Party are getting ready to deliver Brexit, the Labour Party on are the hunt for a new leader.

It comes as Jeremy Corbyn lost at the general election and announced he would be stepping down, now the hunt is on for a new frontman.

Last night, Jess Phillips MP took herself out of the race and this morning Lisa Nandy MP, another Labour leader candidate spoke to Good Morning Britain about her chances of getting into power.

This Morning airs weekdays at 10am on ITV.