‘No Time to Die’ Stunt Team Used $70,000 Worth of Coca-Cola to Pull Off Motorcycle Stunt 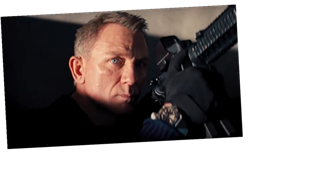 Daniel Craig’s James Bond movies have featured a rotating roster of co-stars and filmmakers (Martin Campbell, Marc Forster, Sam Mendes, and Cary Fukunaga), but one person who has remained a constant during Craig’s 007 tenure is stunt coordinator Lee Morrison. Daniel Craig’s go-to stunt collaborator, Morrison has been working with the actor since 2001’s “Lara Croft: Tomb Raider.” In an interview with Total Film magazine (via NME), Morrison revealed that for Craig’s final Bond outing “No Time to Die” they came up with a wild stunt idea that resulted in 8,400 gallons of Coca-Cola being sprayed on the streets of Matera, Italy.

The stunt in question is featured prominently in the “No Time to Die” trailers and finds Bond riding a motorcycle off a jump and over a wall to land on the cobblestone streets of Matera. Morrison said the specifics of the stunt had Craig’s stunt double motorcycle rider Paul Edwards riding off a 25ft ramp at 60mph. To secure Edwards’ safety, Coca-Cola was sprayed all over the cobblestone street so the surface would become sticky and help prevent any motorcycle slides and accidents.

For those doing the math, €60,000 translates to $70,691. That’s a hefty amount of money spent on dumping Coca-Cola on the street, but it’s nothing compared to the larger “No Time to Die” budget that’s estimated to be a $250 million. The budget is the highest for any Craig-starring 007 movie to date.

While “No Time to Die” was supposed to open next month after being pushed from April 2020, the film has now been delayed until April 2, 2021. Craig recently spoke up on “The Tonight Show with Jimmy Fallon” in defense of the studio’s decision to delay the film for a second time, saying, “This thing is just bigger than all of us. We just want people to go and see this movie in the right way, in a safe way. Cinemas all around the world are closed at the moment. We want to release the movie at the same time all around the world and this isn’t the right time. So fingers crossed, April 2 is going to be our day.”