One in a Million: An Elegy for Aaliyah

In April 1994, I was 13 years old, entranced by Ralph McDaniels’s Video Music Box in the Brooklyn bedroom I shared with my older sister. I watched the video for “Back & Forth,” the first single from Aaliyah’s debut album, Age Ain’t Nothing but a Number, countless times that spring into summer. It was my sister who taught me how to slick my relaxed hair into a bun that I tied with a bandana like Aaliyah’s and a bang I forced into submission with paper bag rollers. Back then, I was a closeted girl who liked girls. But I couldn’t name the feeling that swelled inside me when I admired Aaliyah’s slight figure, baggy jeans, and dark sunglasses. I was too young and confused to know whether I liked the singer like that or if I just wanted to be her—or both. 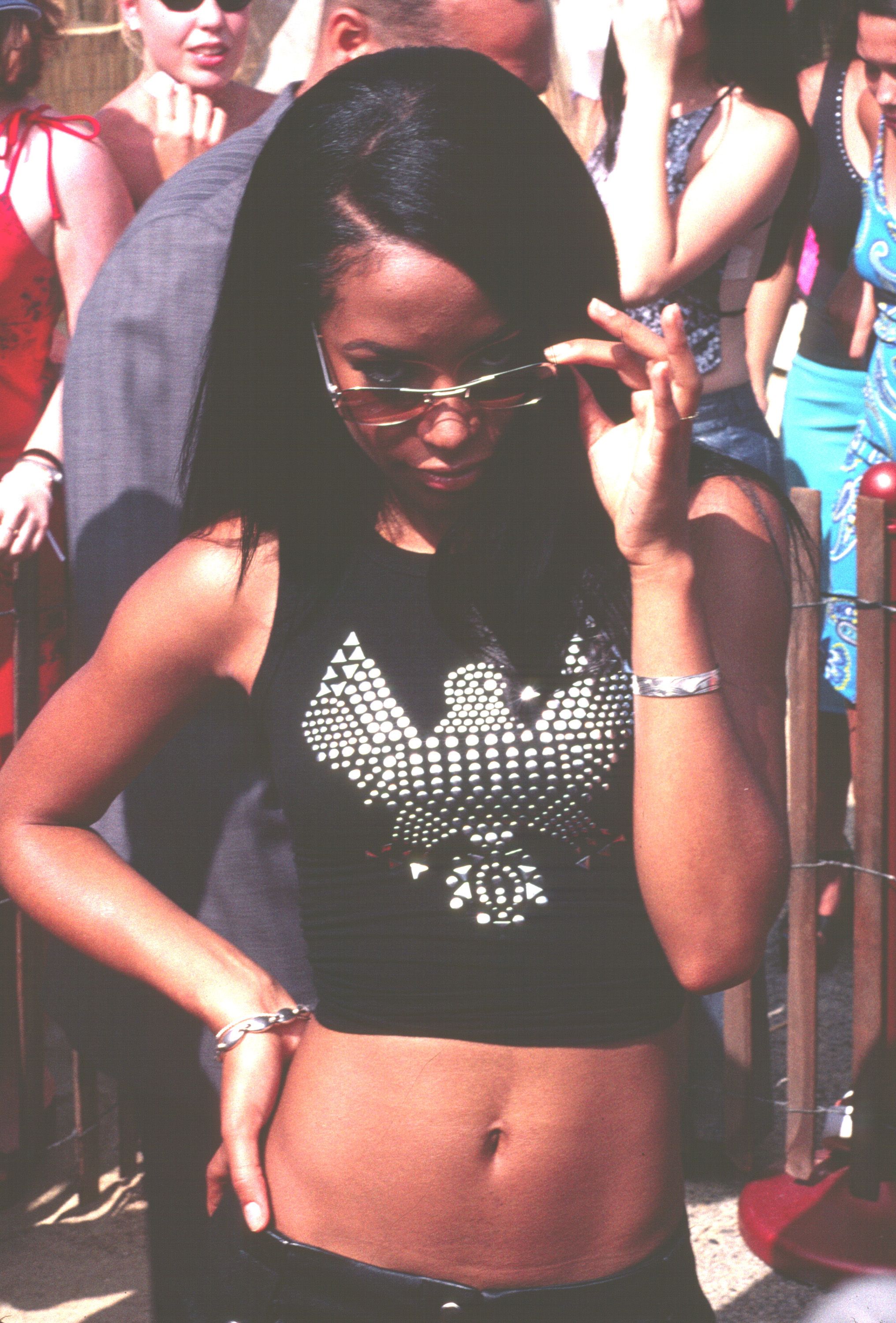 Aaliyah Haughton was a fellow Capricorn, born on January 16, 1979, almost exactly two years before my own birthday. In another life, we could have been friends. As a teenager, when friends in real life were hard to come by, she was a friend in my mind. I loved her music and knew the lyrics to most of her songs by heart. “4 Page Letter” and “I’m So into You” perfectly expressed the overwrought, detailed, and fantastical love lives I created in my mind with people who barely knew I existed—the beginnings of what I would come to call a rich, imaginative crush life. In the fall of 1994, when we dropped off my sister for her freshman year at Howard University, I remember trying to hit the soprano notes on Aaliyah’s remake of the Isley Brothers “At Your Best (You are Love),” which we looped on repeat during the four-hour car ride from Brooklyn to Washington, D.C.

And then, there was “Age Ain’t Nothing but a Number,” the title track on which Aaliyah tells a prospective lover, “I don’t mean to be bold, but I gotta let you know / I gotta thang for you and I can’t let go.” The lyrics are a nod to Bobby Caldwell’s “What You Won’t Do for Love,” released in 1978, the year before the young singer was born. It was the third and least successful of the singles on the album. I think the tepid response had something to do with the fact that no one wanted to see our beloved Baby Girl sing about being ready to go “all the way” while R. Kelly lurked creepily in the background. Looking back, it seems like Kelly was perpetrating his misdeeds in plain sight; perhaps we all wanted to believe that the suggestive song lyrics were fiction rather than a sinister reference to what was happening behind the scenes. 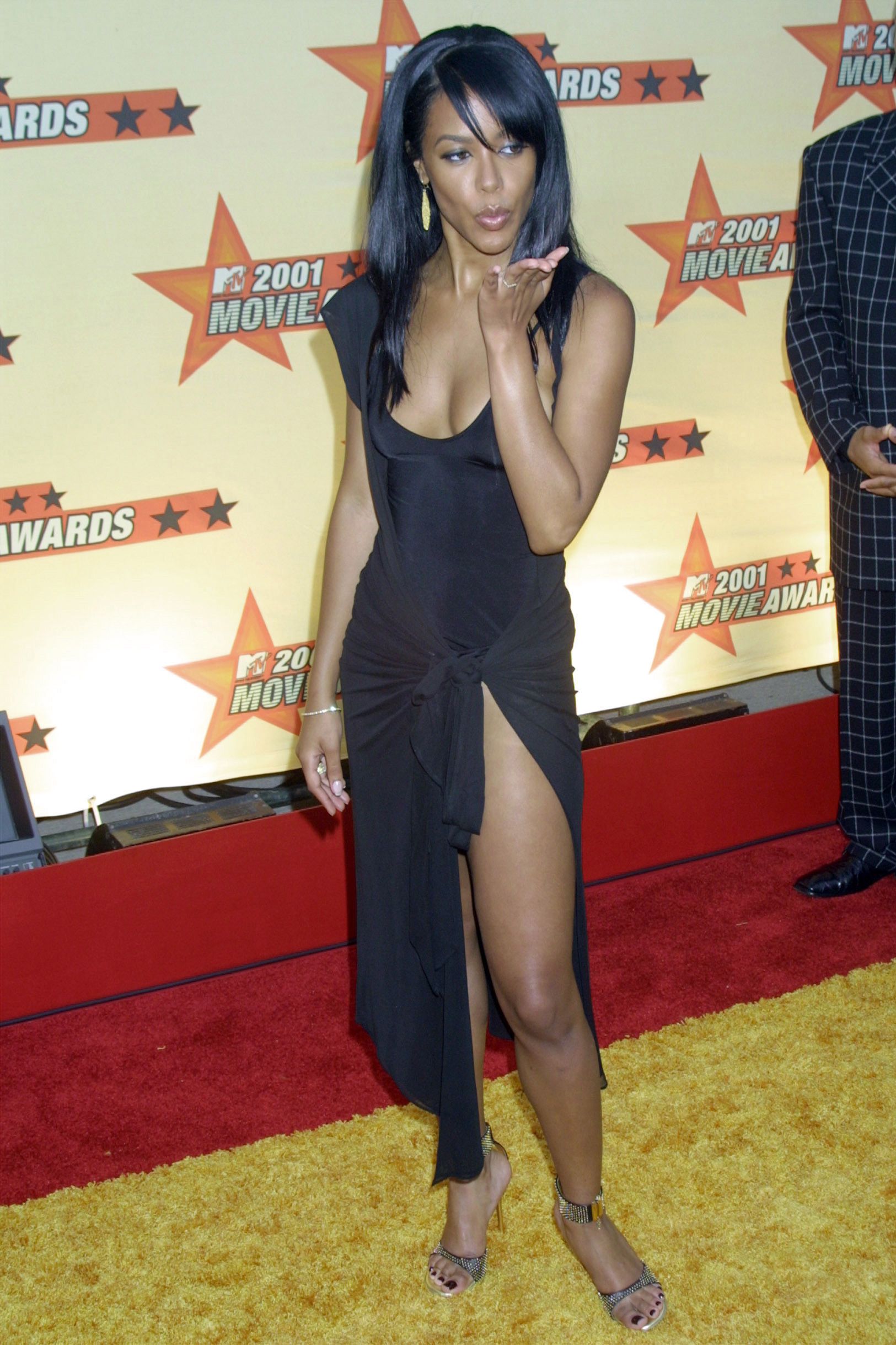 It was around this time that rumors of a relationship between Kelly and Aaliyah began circulating. The pair was introduced by Aaliyah’s uncle, music producer Barry Hankerson, when she was 12 years old. Kelly wrote and produced her debut album. Vibe magazine, my teenage pop culture Bible, published the certificate documenting the pair’s illegal marriage on August 31, 1994. Aaliyah was just 15 when they were married, though the marriage certificate falsely claimed that she was 18. By then, Kelly was in his late 20s and had already begun earning a reputation for preying on young girls. Her parents went on to annul the union in February 1995, but the damage was already done for Aaliyah; it would be years before Kelly faced any significant social or legal consequences for his behavior.

Aaliyah seemed too smart, too beautiful, too famous to fall into the clutches of a sexual predator.

I remember scrutinizing the fraudulent certificate in Vibe and watching the news reports about it on MTV News once cable finally reached our neighborhood. At that point, I had carefully cut out photographs of Aaliyah and hung them on my bedroom wall with double-sided tape. An early bloomer physically, I’d been on the receiving end of catcalls and propositions from older boys and grown men in my Flatbush neighborhood for years. Some of my friends had sexual relationships with boyfriends in their early 20s, and so illicit relationships of this kind were normalized. But Aaliyah was not just another girl on the IRT like me or my friends. She seemed too smart, too beautiful, too famous to fall into the clutches of a sexual predator.

As I heard Black folks in the media—both men and women—defend Kelly against this and other allegations of sexual harassment and abuse, my dignity and sense of safety withered. If Aaliyah—a gorgeous, extraordinarily talented celebrity—couldn’t be protected from the overtures of older men, who could be? Who would stand up for or with me if I spoke up about my own experiences with abuse? The message was clear: Black girls, no matter how much fame they had achieved, were on their own. 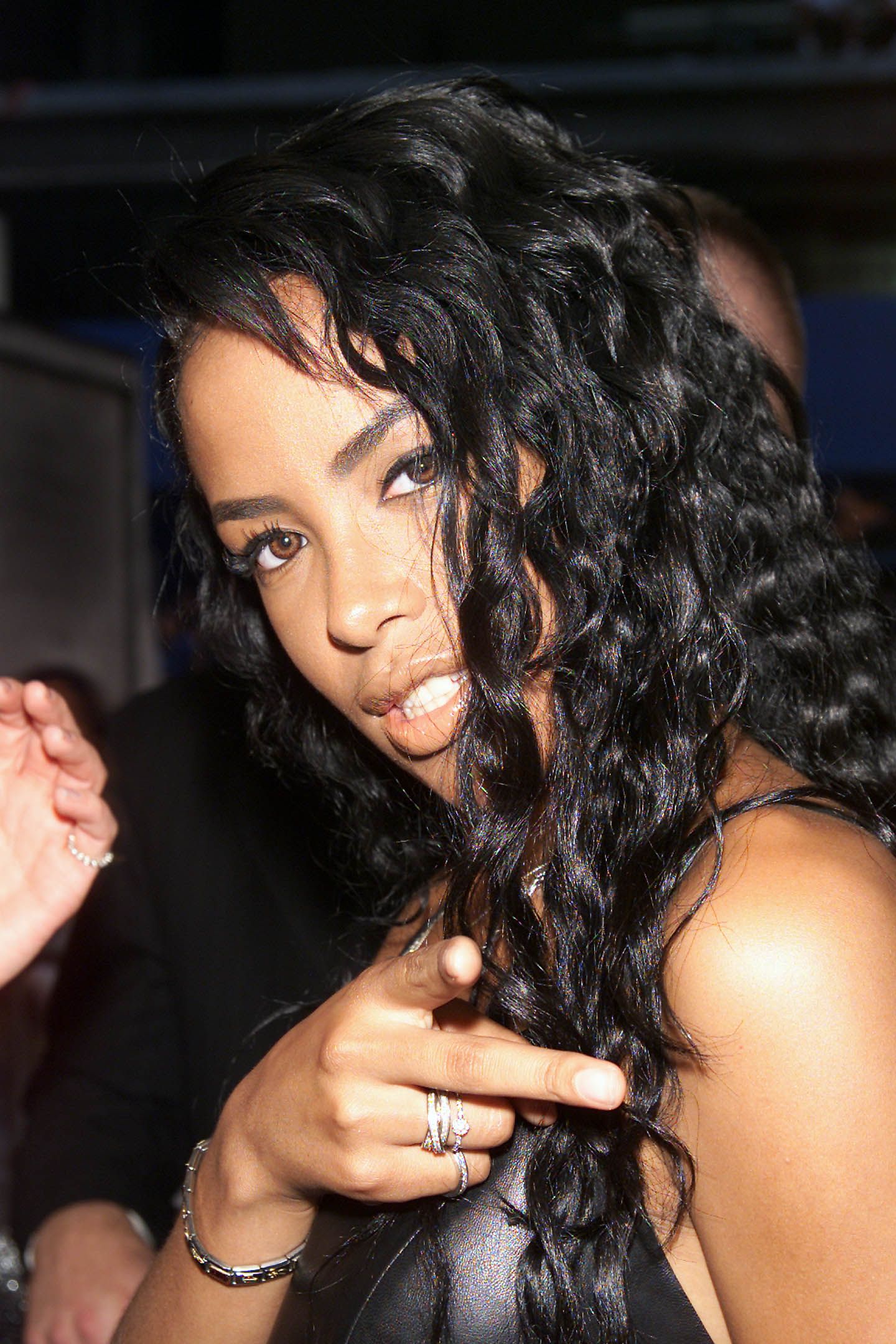 I learned about the uses of silence as I watched Aaliyah completely sidestep the issue of her past with Kelly until I wondered if it had really happened at all. Aaliyah severed ties with Kelly and went on to work with Missy Elliott, Timbaland, and Static Major on two chart-topping albums. Aaliyah’s second album, One in a Million, went double platinum in1997. Her status as an international icon was cemented with two singles. “Are You That Somebody” appeared on the Dr. Dolittle movie soundtrack (1998), topped charts in the United States and abroad, and earned Aaliyah a Grammy nomination. “Try Again” was featured on the soundtrack for Romeo Must Die, the Jet Li action film in which the singer starred alongside the late rapper DMX.

None of us—all Black girls nearly her same age—could believe it was true.

Aaliyah, her third studio album, was released just a few weeks before her untimely death. On August 25, 2001, Aaliyah and eight others were killed when their small plane crashed on its way to Florida. Aaliyah had just wrapped the video shoot for her hypnotic single “Rock the Boat” in the Bahamas. I still remember sitting in a friend’s house in my small college town in western Massachusetts, watching the devastating news of Aaliyah’s death. We couldn’t turn the TV off, because none of us—all Black girls nearly her same age—could believe it was true. Two weeks later, we found ourselves in a similar formation as the World Trade Center towers crumbled; we watched slack-jawed as our dorm TVs played footage of airplanes hitting the towers and the Pentagon on 9/11. 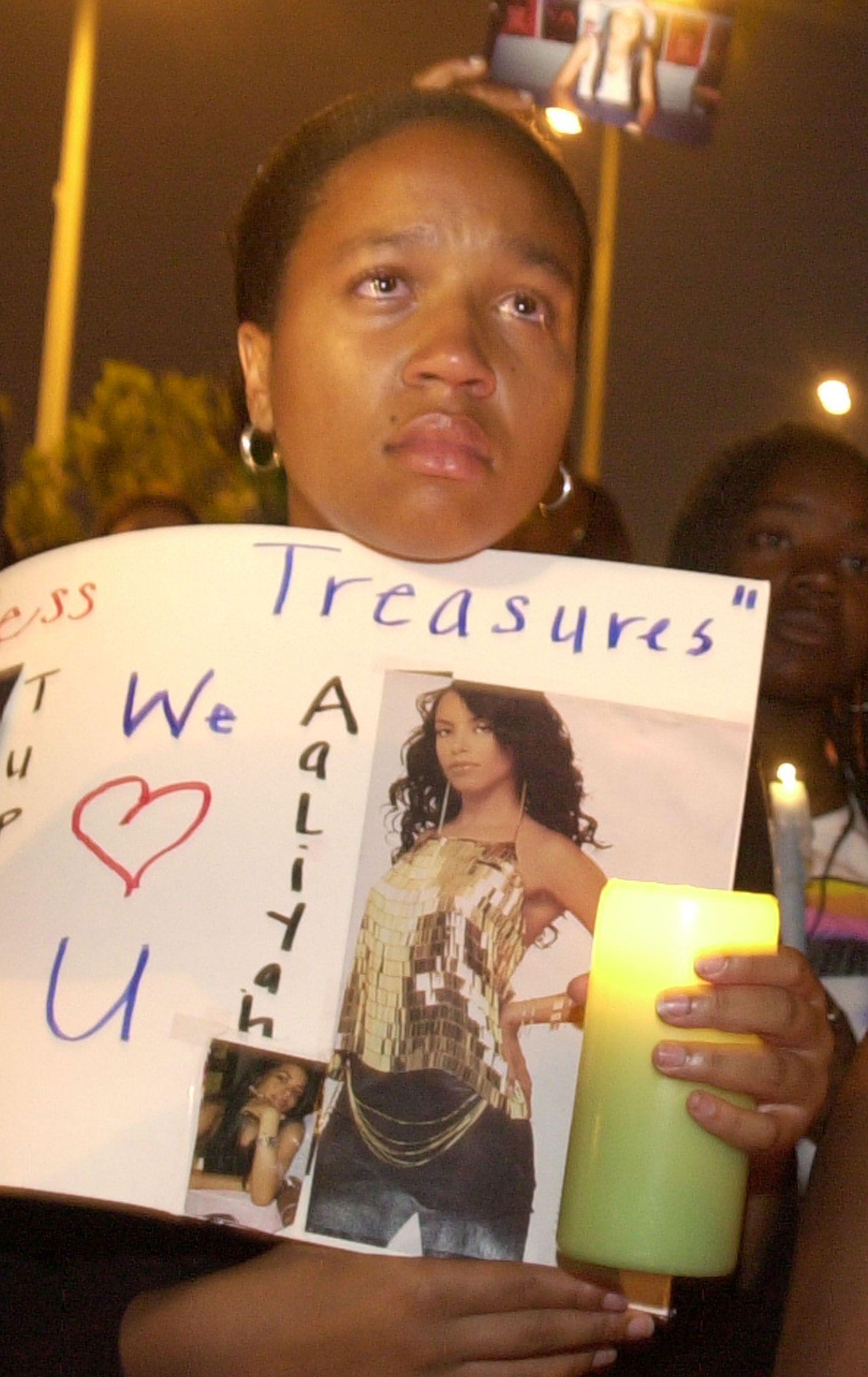 That summer and fall of 2001, I watched the video for “Rock the Boat” over and over again; the special effects of my beloved star and her backup dancers winding their waists in flowy costumes as they floated above the water were eerie, conjuring a kind of Black girl deity decades before the term Black girl magic had been popularized. The grief that I might have felt upon Aaliyah’s passing was subsumed by 9/11—the fallout among my friends and family who narrowly escaped their demise that day, the intense Islamophobia and war that followed. I could never bring myself to watch Aaliyah star in the film Queen of the Damned, which was released six months after her death. I remember feeling both elation and sorrow as a new pantheon of Black girl celebrities emerged without Aaliyah among them.

It would be nearly two decades before the 2019 documentary series Surviving R. Kelly aired on television, chronicling in heartbreaking, nauseating detail how Kelly groomed Black girls and women for sadistic emotional, physical, and financial abuse, wreaking harm and heartache on them and their families. Kelly’s victims, some of whom started “dating” him as young as about 12 years old, and his ex-wife described harrowing accounts; the consequences of their entanglement with the singer ranged from contracting sexually transmitted diseases and derailed careers to estrangement from their families and ongoing mental health struggles. 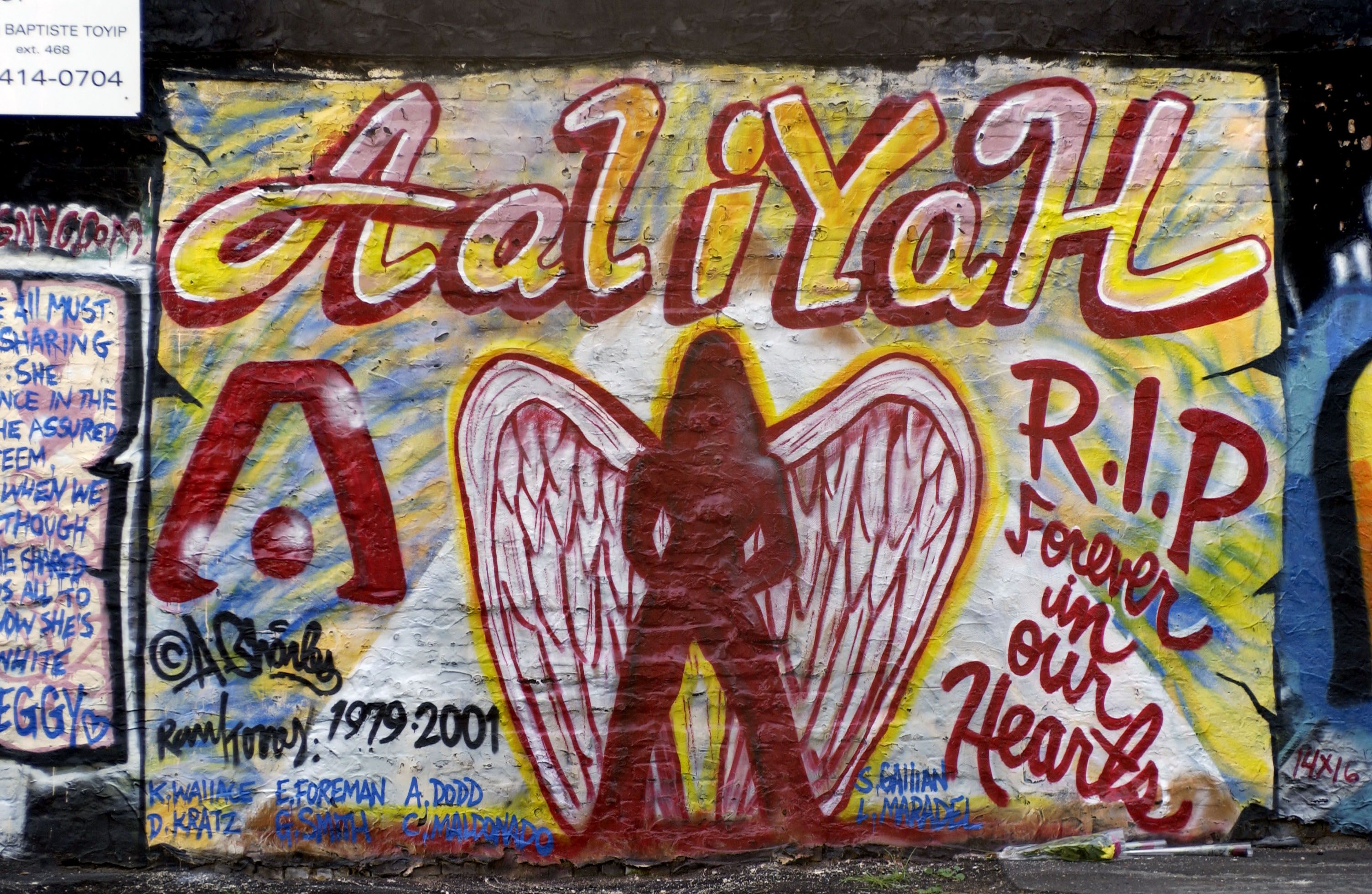 Aaliyah’s family did not participate in the filming of the docuseries and has remained remarkably silent as Kelly was judged first in the court of public opinion, and then brought to trial and sentenced to his current prison term in Illinois. Their reserve didn’t stop Aaliyah and Kelly’s relationship from being dragged into the spotlight again. In the documentary, a former member of Kelly’s staff confesses that he helped facilitate the illegal marriage between Aaliyah and Kelly, and one young woman says that she witnessed Aaliyah and Kelly have sex on a tour bus. I felt my stomach turn in disgust at not only the way that Kelly allegedly abused his access to a young Aaliyah, but also as I speculated about whether her family might have been in a position to forestall Kelly’s abuse of other young women. 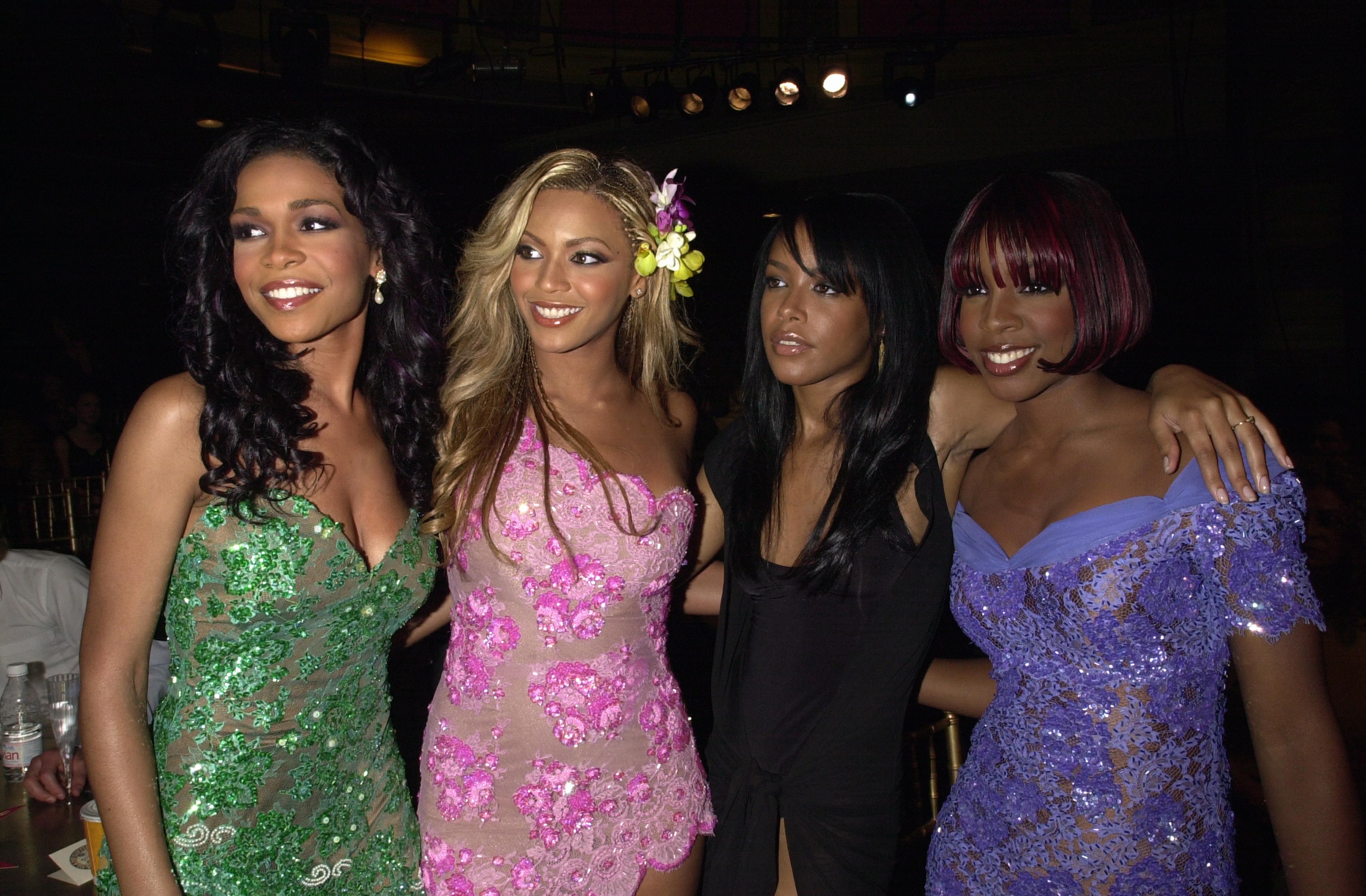 It’s hard to remember this now, but when Aaliyah died, she was a superstar in the realm of Rihanna, Beyoncé, Nicki Minaj, and Cardi B. Some would argue that her passing cleared space and a pathway to success that others could ascend only once she had vacated the throne built by her and her family’s hard work. Although Aaliyah’s public image was decidedly heterosexual, one might also suggest that her “tomboy” style helped shape popular representations of Black masculine femininity alongside rappers like MC Lyte and Queen Latifah, and set the stage for Young M.A and Princess Nokia.

The debates about Aaliyah’s ongoing influence on popular music and style are for the culture to take up. As for me, I know that my heart aches each time I hear one of Aaliyah’s many danceable, emotionally resonant tunes that have withstood the test of time. When DMX died earlier this year, the loss of Aaliyah reverberated again, this time on social media, with the “Miss You” video tribute recorded after her passing. The rapper said best what I feel now, 20 years later: “Dearest, sweet Aaliyah. I have trouble accepting the fact that you’re gone. So I won’t.”