Oscar of Sweden, four, is delighted as he cuddles sheep 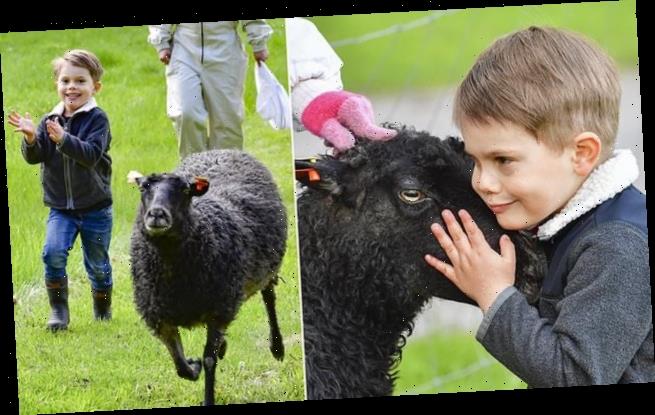 No ordinary pet! Adorable photos show Prince Oscar of Sweden, four, hugging a sheep while playing in the grounds of Stockholm’s Haga Palace

The youngest member of the royal family of Sweden, Prince Oscar, takes central stage in a series of newly released pictures.

The four-year-old son of Crown Princess Victoria and Prince Daniel looked thrilled as he befriended sheep while in the grounds of Haga Palace in Stockholm on Monday last week.

The same day, the young royal had earlier been photographed with his elder sister Estelle, eight, and his mother Victoria, 42, in a beekeeper’s outfit to celebrate World Bee Day. 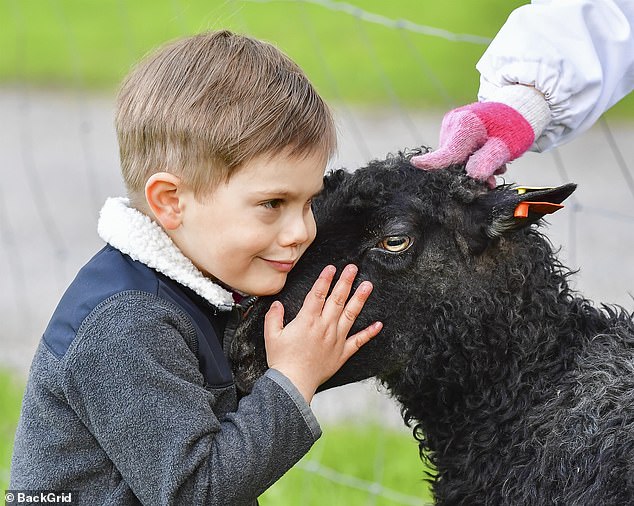 Prince Oscar of Sweden, four, had the time of his life befriending sheep at the royal residence, Haga Palace, near Stockholm, on Monday 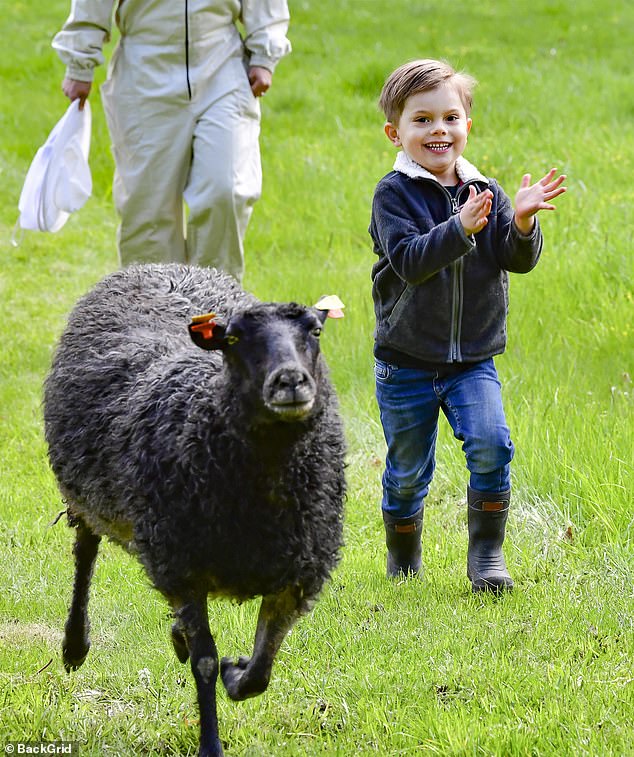 Have you any wool? The young royal couldn’t hide his glee as he ran after a black sheep, his mother, Crown Princess Victoria, keeping a close watch

The photographer who captured the cute outing has now shared new snaps of the young prince playing with the sheep, seen with his watchful mother not far behind.

In the pictures, four-year-old Oscar gets close to the curly-coated sheep, hugging their black wool and cuddling their heads, while Crown Princess Victoria is seen smiling in the background.

Oscar did not seem to be fazed by the large animals, who were almost twice his size. Instead, he casually rested his arms, and on one occasion, his whole body, on their black wool.

The Crown Princess, still wearing her beekeeper suit, and a pair of pink gloves, was keeping watch, minding her son’s steps as he jumped into the enclosure, ready to mingle with the animals. 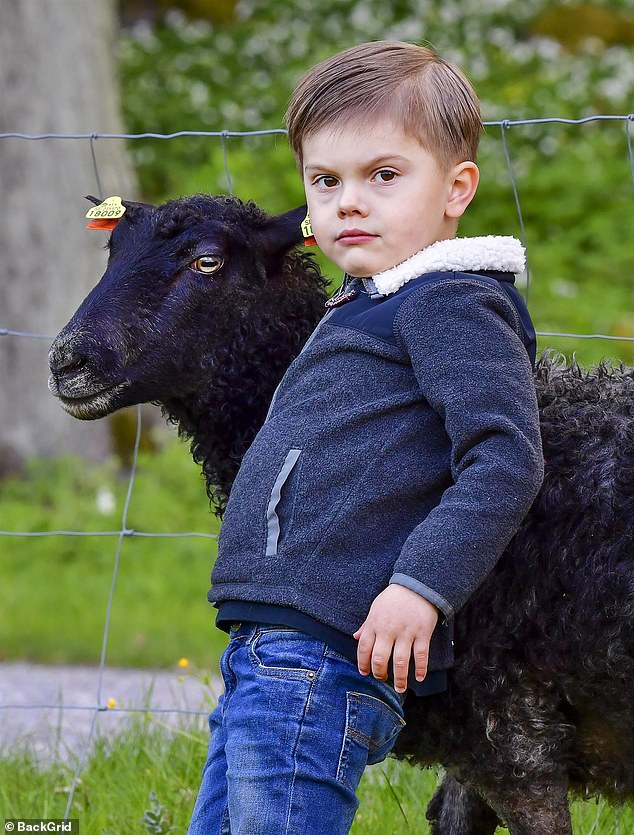 The little prince enjoyed some time with one of his new friends, casually resting against the sheep’s coat 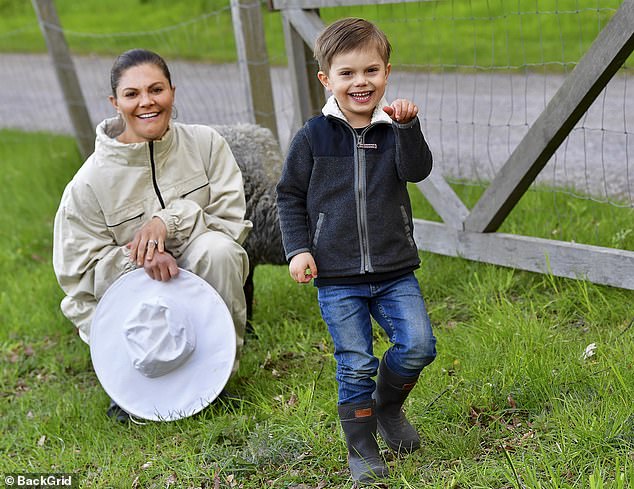 Little Oscar was photographed with a big grin on his face while running after a black sheep and clapping his hands in excitement.

Later on, Victoria’s hand was carefully holding the animal’s head still as her son rested his cheek close to the animal’s forehead, a happy smile lighting up his face.

Victoria, Estelle and Oscar had headed outside at Haga Palace, the Swedish royal residence, in order to observe beehives ahead of World Bee Day. 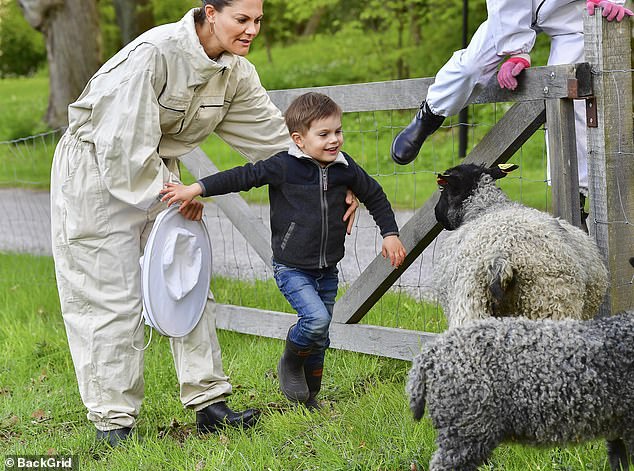 Victoria had to keep a watchful eye on her young son as he jumped into the sheep’s enclosure, ready to play 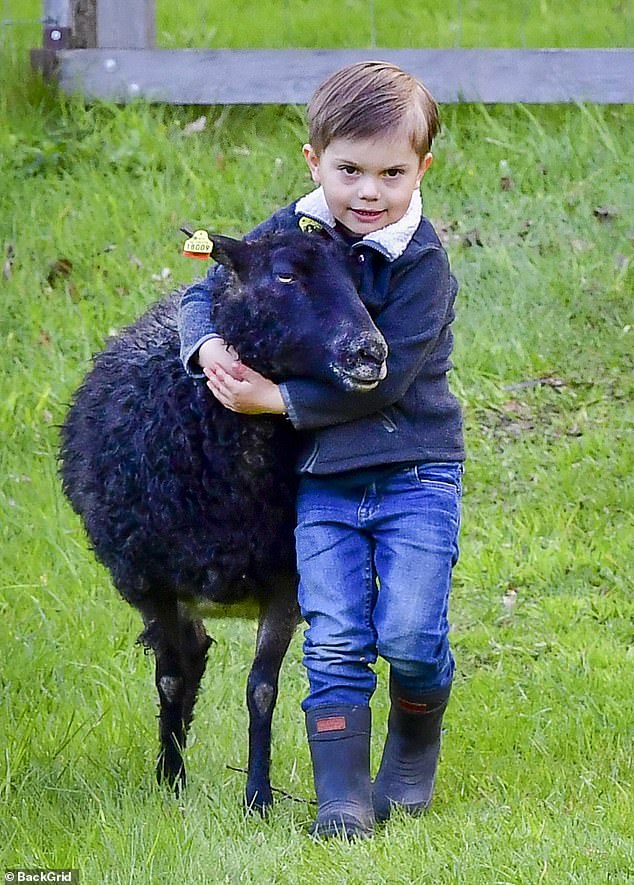 The young royal, wearing a pair of jeans and rubber boots, shared a tender cuddle with one of the sheep 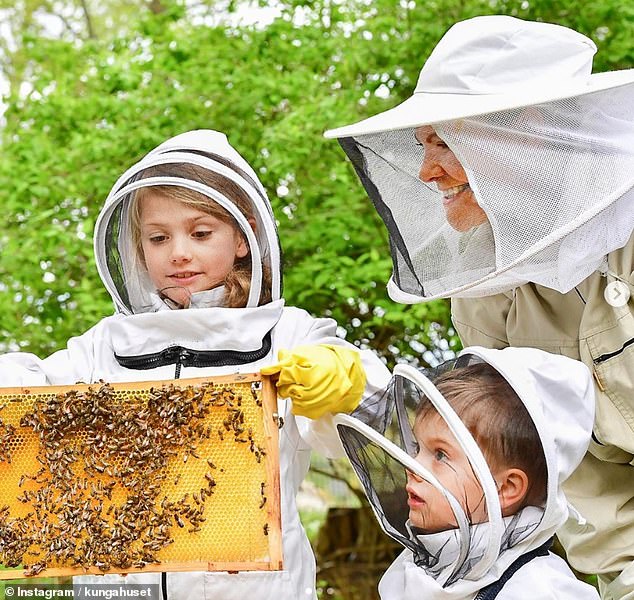 Princess Estelle, seven, and Oscar, four, looked bewildered as they observed some bees on the grounds of Haga Palace

Princess Estelle even picked up one of the hive’s slats to showcase the many bees, as her younger brother eagerly looked on.

‘Before #worldbeeday, the Crown Princess took Princess Estelle and Prince Oscar to the hives at Haga Palace,’ the social media post read. 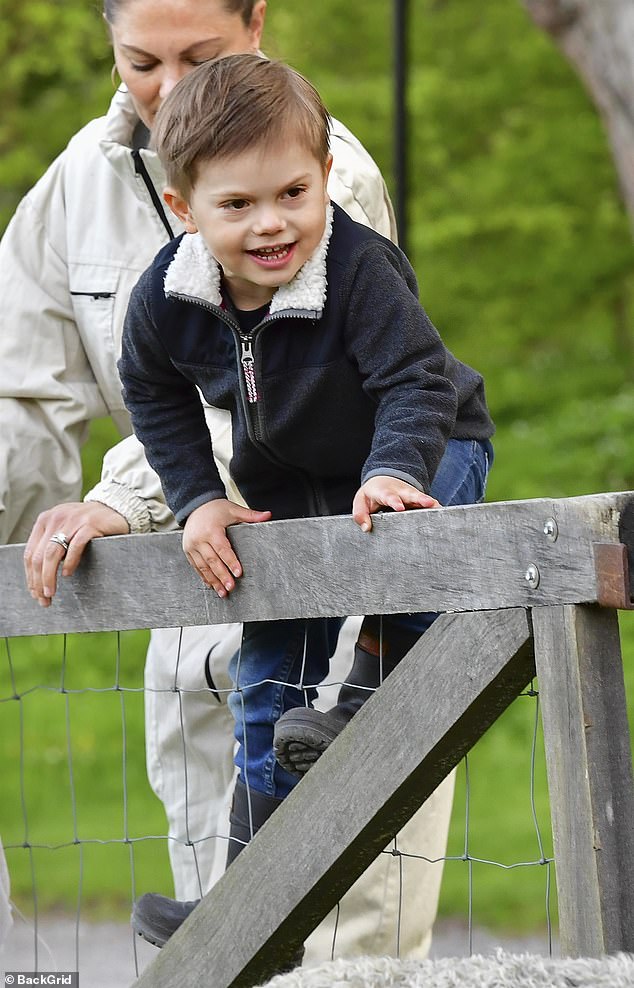 Ready to go! Oscar could barely hide his excitement as he climbed the fence to the sheep enclosure with his mother 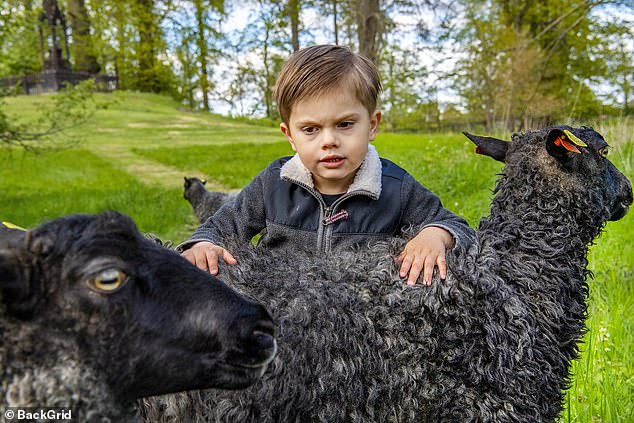 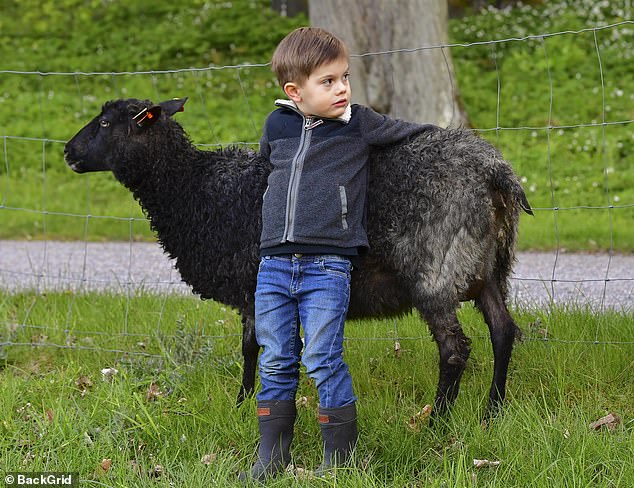 ‘There they learned more about bees and why they are important for our biodiversity. Humans rely on pollinators, such as bees, to eventually be able to get food on the table.

‘The beehives at Haga Palace were a much appreciated gift to the Crown Princess from the Swedish beekeeper’s national association, @biodlarna, 10 years ago.’

The Crown Princess has been an honorary member of the Swedish Beekeepers’ Association since 2002 and the beehives were a wedding gift to her and her husband Prince Daniel, 46, from the organisation.