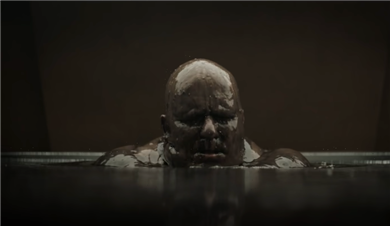 This season, the makeup and hair race is led by “Dune’s” complex prosthetic work on the nightmarish Baron Harkonnen (Stellan Skarsgård), which is up against formidable female legends Tammy Faye Bakker (Jessica Chastain, “The Eyes of Tammy Faye”), Aretha Franklin (Jennifer Hudson, “Respect”), and Princess Diana (Kristen Stewart, “Spencer”). Plus, there’s the fashion world turned upside down with Emma Stone in “Cruella” and Thomasin McKenzie and Anya Taylor-Joy in the horror-filled “Last Night in Soho.”

“Dune” (Warner Bros.) offers an amazing breadth of work from Denis Villeneuve’s go-to makeup, hair, and prosthetics designer Donald Mowat. But the standout, of course, is the 600-pound, often naked, Baron Harkonnen, inspired by Marlon Brando’s hybrid gorilla look from “Apocalypse Now” and “The Island of Dr. Moreau.” Mowat tapped the Swedish team of prosthetics artists Love Larson and Eva von Bahr to create the complex suit, requiring a heavy load of silicone, with plaster bandages to support the frame and maintain the shape of the silicone, while the head and shoulders were done separately. The seven-hour process for the full suit was then followed by separate pieces for the neck, head, chin, cheeks, earlobes, and hand prosthetics over the knuckles. Overall, it’s a remarkable transformation for the sinister baddie.

To recreate Tammy Faye Bakker’s iconic features, hair, and unique style, for “The Eyes of Tammy Faye” (Searchlight Pictures), makeup artist Linda Dowds, hairstylist Stephanie Ingram and prosthetics designer Justin Raleigh worked in tandem to perfect the famed look. Raleigh and his team at Fractured FX designed the prosthetics that changed the overall anatomy of Chastain and Andrew Garfield, to closely match the real Jim and Tammy, along with continuity in the actors as they physically aged throughout the film. Ingram custom-made 10 wigs for Tammy’s various looks, which involved elaborate combinations of different wigs to create Bakker’s trademark multi-layered, highlighted fluff. 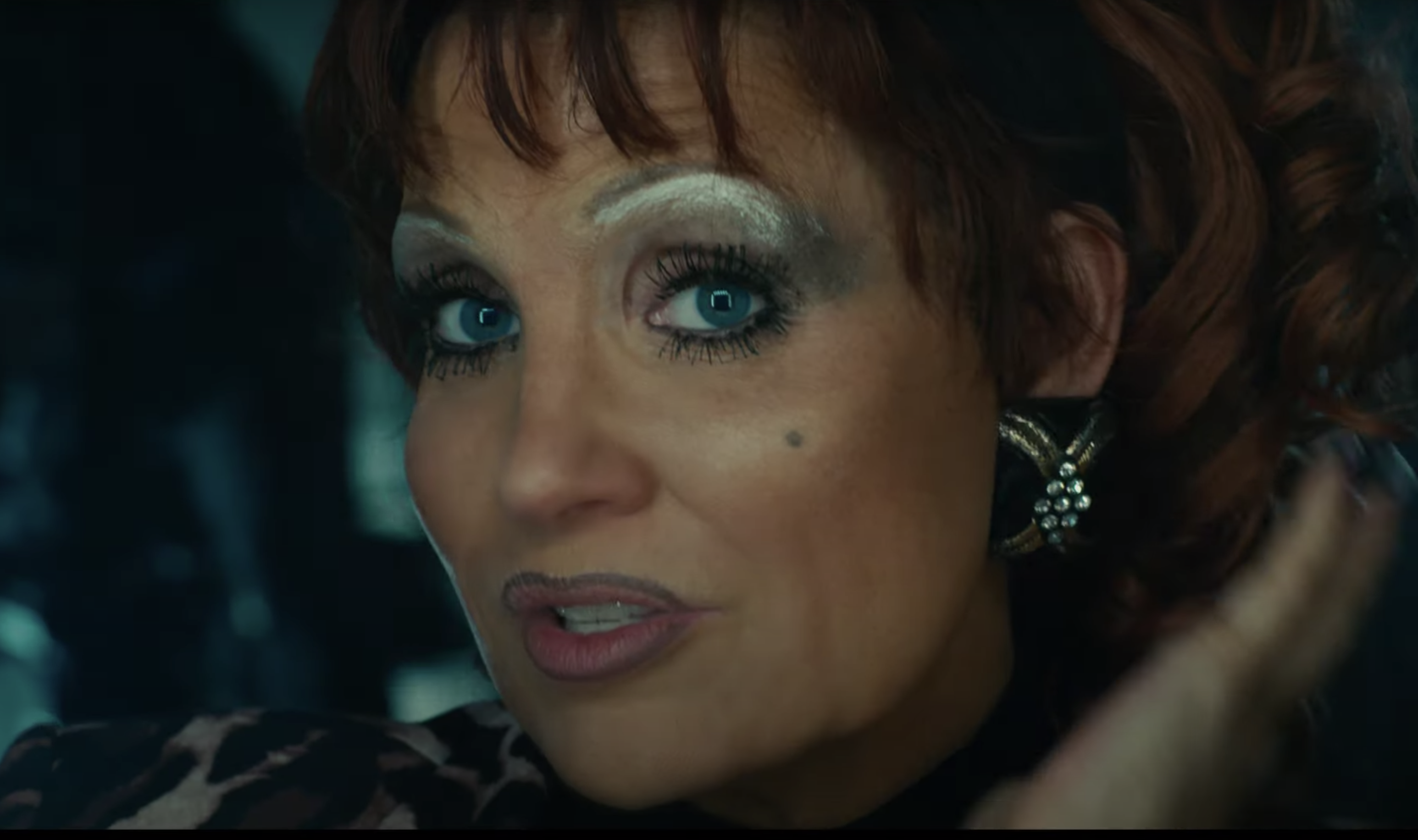 “The Eyes of Tammy Faye”

For transforming Hudson’s Queen of Soul look as Aretha Franklin in “Respect” (United Artists Releasing), makeup department head Stevie Martin recreated the singer’s iconic looks: dark brows, gold lipstick, winged eyeliner on the top, smokey inner liner on the bottom, and the occasional mole that she would draw on herself. Since the biopic mainly covered the ’50s, ’60s and ’70s, Martin stayed true to the different periods of Franklin’s life. But Hudson looks nothing like Franklin, so he had to find the spirit of Franklin in Hudson. The nearly 100 assortment of wigs from Emmy-winning hairstylist Lawrence Davis (“Hairspray Live!”) also had to accurately represent Franklin’s look from each era, and were very different for her performances, when she often wore multiple wigs.

Similarly, Stewart’s transformation as Diana in “Spencer” (Neon) was a process of finding the spirit of the beloved princess in the actress for this Pablo Larraín-directed fable about the painful Christmas holiday of ’91. Stewart’s personal makeup artist, Stacey Panepinto, accented the actress’ porcelain skin with a touch of blush neutral lips, and the eyes were defined subtly with eyeliner and fluttery lashes. Hair designer Wakana Yoshihar made Stewart’s hair brighter and ashier to better complement her complexion, and she took one noteworthy historical liberty: giving her the royal’s coiffed, feathered bob instead of the fluffy pixie style she started wearing by that time. 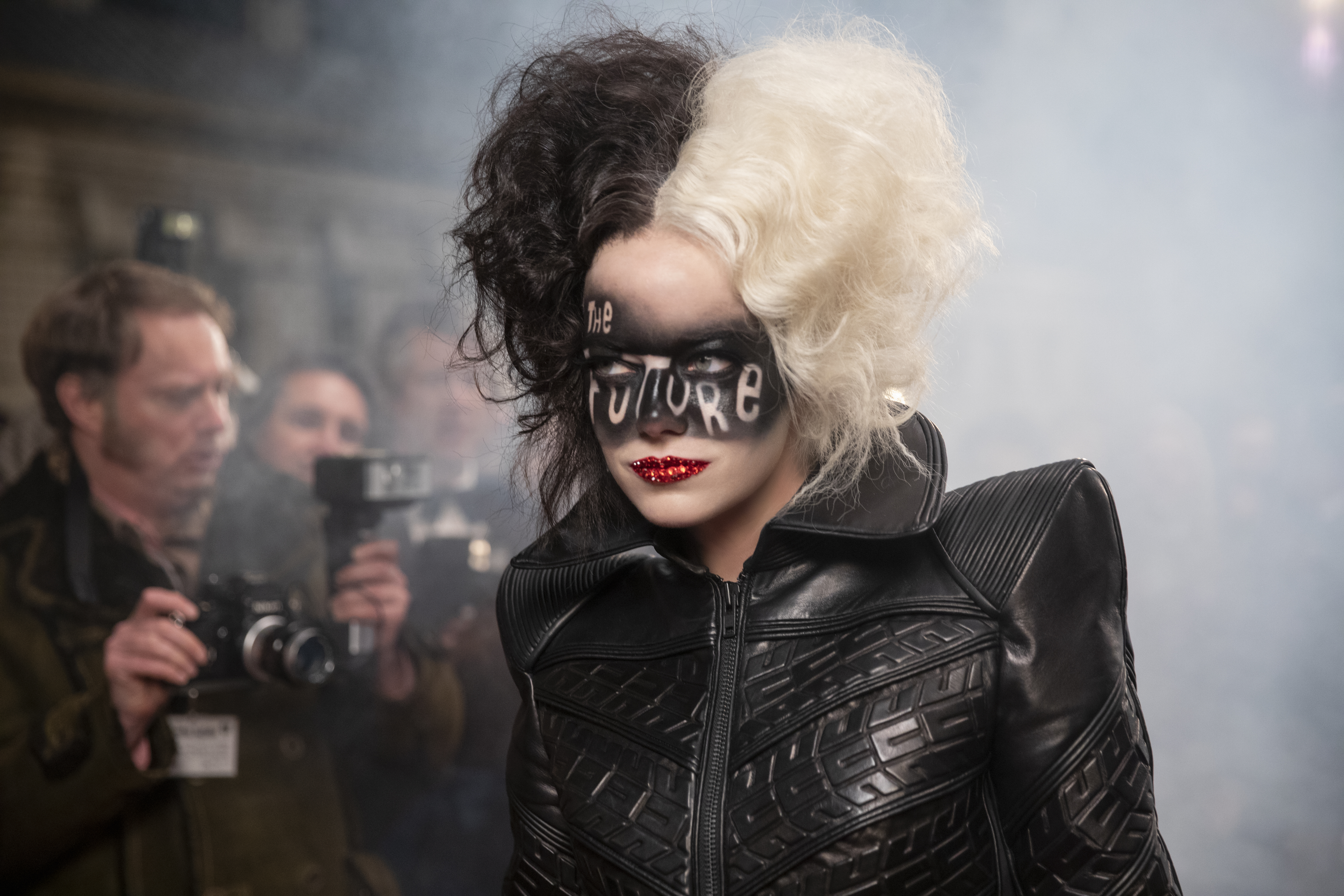 Makeup and hair designer Nadia Stacey (“The Favourite”) did a bit of reverse engineering for creating Stone’s ’70s punk look in Disney’s “Cruella” (Disney) origin story. The idea was to work toward the eventual iconic two-toned black-and-white hairdo, black eyeshadow, liner, and red lips. Stacey began by going beyond the black-and-white hair and a dash of makeup for Cruella’s coming out party in the stunning red dress. She built a mask using jewels and makeup as a deception. But Stacey’s most inspired punk look was “The Future” mask stenciled in black on Stone’s face, coupled with sparkly red lipstick, riffing on the Sex Pistols’ legendary album cover, “Never Mind The Bollocks.”

Edgar Wright’s “Last Night in Soho” (Focus Features), which finds aspiring fashion designer Ellie (McKenzie) transported back in time to ’60s Soho and encountering aspiring singer Sandie (Taylor-Joy), provided multiple challenges for makeup and hair designer Lizzie Yianni-Georgiou. For Taylor-Joy’s Sandie, her ‘60s swagger begins when we meet her, whereas McKenzie’s Eloise works up to it (and well past, as the horror elements kick in). To that end, Georgiou styled Sophie to the period, using products from the era and used rollers and backcombing for full authenticity. Since Ellie finds inspiration from the ‘60s but doesn’t live there, Georgiou opted instead for more modern approaches such as tongs and blow-drying to approximate the same Bardot-esque look. However, the most striking makeup was reserved for the Shadow Men. Working with prosthetics designer Barrie Gower (“Game of Thrones”), Georgiou and her team covered the eyes and mouths of each actor before painting their skin (full body, when they’re in underwear) and hair in gray.

Listed in alphabetical order. No film will be considered a frontrunner until we have seen it.