Oscars race 2020: Renée Zellweger is a lock for Best Actress 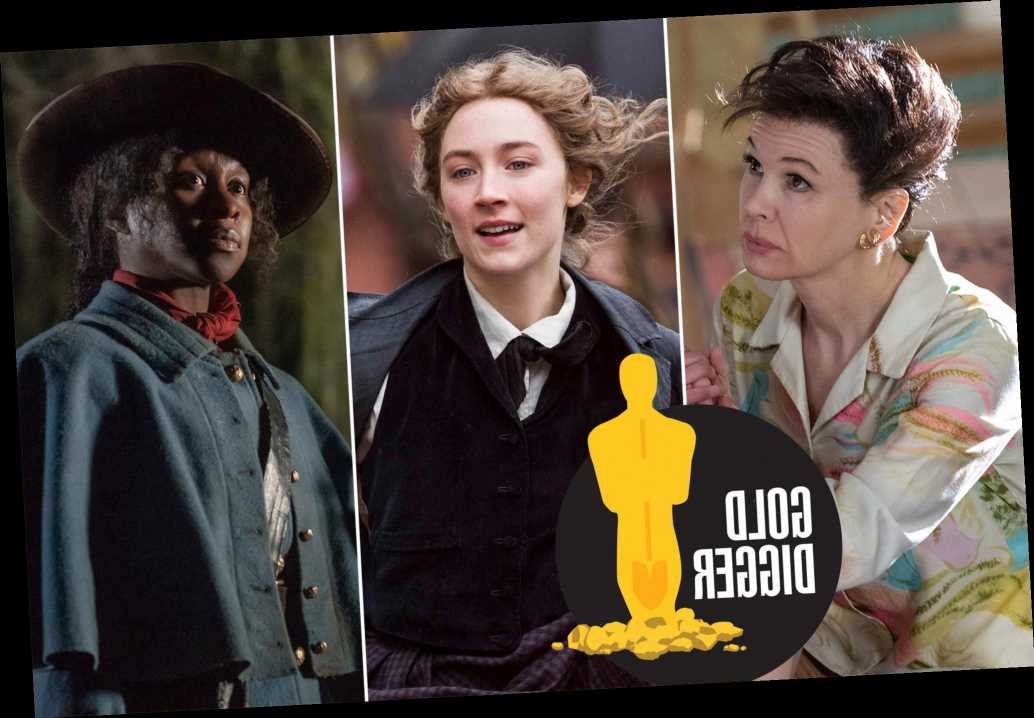 Exhausted by Oscar season? Me, too. But the good news is we have just three more days until the winners are revealed on Feb. 9.

Then the stars can party down at the Vanity Fair bash, and we can count our winnings from the office Oscar pool.

The final entry in Gold Digger, our weekly look at the campaign for the awards, checks out the race for Best Actress.

Finally, a bump in the road! Of all the Oscar categories, Best Actress has been the most coronation-like from the start. For playing an unstable, forty-something Judy Garland in “Judy,” Zellweger has won the Golden Globe, the Screen Actors Guild Award (SAG), the British Academy Film Award (BAFTA) and was named best actress by the National Board of Review. She even won an AARP award! But the waters were slightly muddied this week when in an interview with Variety, Garland’s 73-year-old daughter, Liza Minnelli, said she had no interest in the film, only saying “I hope [Zellweger] had fun making it.” It’s pretty bad to not have the endorsement of an outspoken relative, who herself is a Hollywood legend and EGOT. Still, it’s too little, too late, and Zellweger almost certainly will win.

And then the category drops off a cliff. Unlike 2019, in which a tight race between Glenn Close and Lady Gaga allowed dark horse Olivia Colman to emerge victorious, nobody else here has much of a shot. Theron comes the closest because of how intense the anticipation was of her playing Megyn Kelly in “Bombshell,” and the uncanny way she pulled off the newswoman’s deep voice and idiosyncrasies. However, it wasn’t a powerful enough performance to overcome the mediocrity of her movie, like Meryl Streep did all the way to an Oscar in “The Iron Lady.” And although Theron, who last won in 2004 for “Monster,” has managed to snag just about every major nomination — Globes, SAG, BAFTA — she’s had no big wins this time.

The award season narrative of “Marriage Story”  has mirrored that of a lot of real marriages: It started off with glowing admiration, petered out into dwelling on flaws and now borders on utter disdain. Besides keeping custody of Laura Dern (the likely Best Supporting Actress winner), the Oscars, it would seem, want a divorce from the Netflix drama, and many in the industry complain about it. Johansson’s performance, while liked, has gotten far less attention than co-stars Dern and Adam Driver (Best Actor nom), and she hasn’t won much of anything beyond critics awards. The twice-nominated Johansson (Best Supporting Actress for “Jojo Rabbit”) will go home empty-handed … in both hands.

Would you believe that at just 25 years old, Ronan is tied with Renée Zellweger at four lifetime Oscar nominations? That beats every other nominee in this category. But like Leonardo DiCaprio before her, who took five nominations and 22 to years to finally win, the academy won’t hand her the trophy just yet. It doesn’t help that her much-admired performance as Jo March in “Little Women” wasn’t nominated for a SAG Award, the most accurate indicator of success in this Oscars category.

The 2020 award season, itself, has been a win for Cynthia Erivo, who shattered Broadway in 2015 with her Tony-winning performance as Celie in “The Color Purple.” This year, she’s managed her first-ever Oscar, Golden Globe and SAG nominations. You can feel Hollywood wanting to embrace the new star, who harks back to the days when singing and dancing were as easy for celebs as hard-hitting historical dramas like “Harriet.” But the film, which got a critical shrug, has struggled to win even small prizes, and the multi-talented Erivo will not be taking home her first Oscar this year.