Outlander season 5: Are Roger and Brianna confirmed to return to the future? 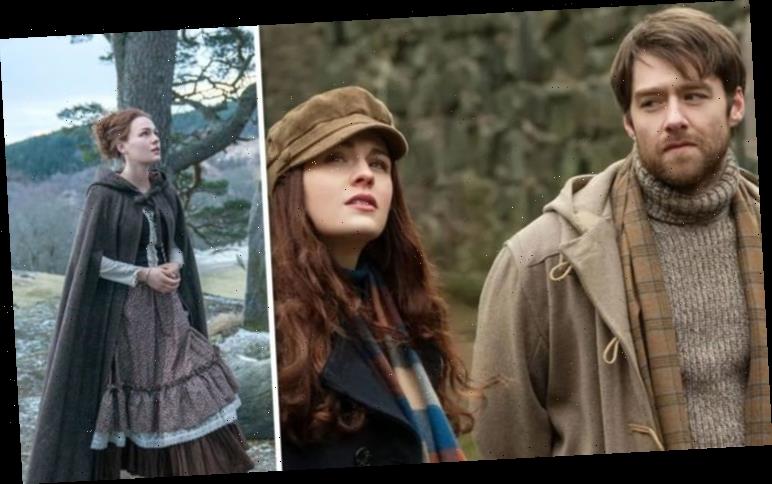 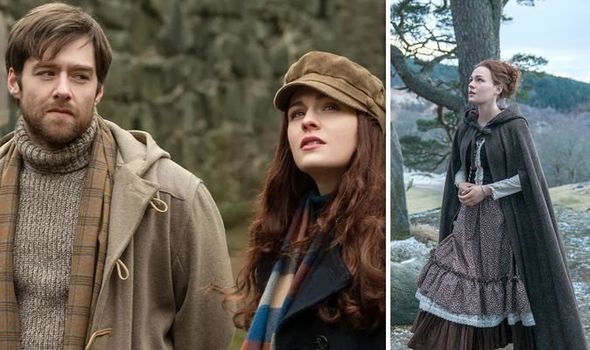 Season five of Outlander has now wrapped up after airing on Starz. One big plot point this year involved Brianna Fraser (played by Sophie Skelton) and her husband Roger MacKenzie (Richard Rankin) who were trying to adjust to the past. After facing much danger, they made the decision to go through the stones to the future but at the last moment ended up staying. Will the pair make the heart-wrenching decision to go back through the stones and potentially be separated from Jamie (Sam Heughan) and Claire Fraser (Caitriona Balfe) forever in season six?

Are Roger and Brianna confirmed to return to the future in Outlander season 5?

The couple were going to go back to the future but ended up staying in the past ultimately.

There have been hints season six could see them going to the 20th century which would follow with the books.

Previously, according to Outlander executive producer Maril Davis, both Roger and Brianna were going to struggle in season five.

Speaking at New York Comic-con, she said at the Starz panel: “Well, obviously they’re in a time they’re not used to and Roger [Mackenzie] is going to struggle a bit to acclimate to a place he’s never been before and is not prepared for as is Brianna.

“Obviously, after last season with what Brianna went through – that’s going to be difficult for them, that she’s still dealing with the aftereffects of the Bonnet attack and everything that’s going on.

“I think we’re seeing a couple that’s newly married and trying to navigate this new world and they’re situation post-attack, where she’s still dealing with the ramifications of that attack.” 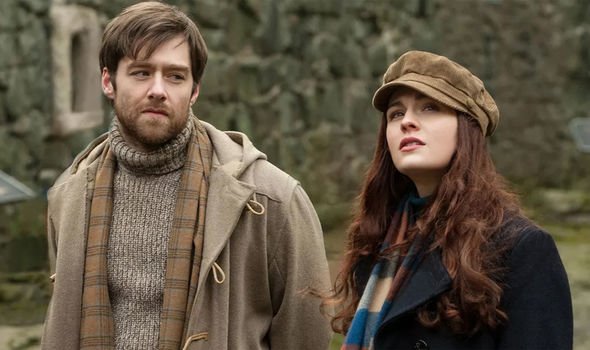 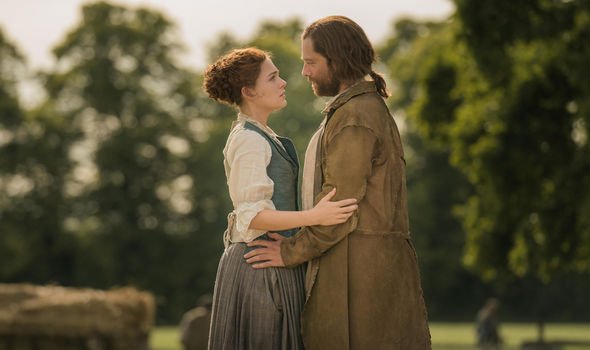 Not only did they have to contend without the modern conveniences of the 20th Century but being new parents took a toll on them.

Maria Doyle Kennedy, who plays Aunt Jocasta Cameron, told Entertainment Tonight:  “They’re also getting used to living without the normal comforts of the modern world – that’s an enormous thing to think about as people as well as parents.”

Also, Brianna and Roger haven’t really had a chance to get to know each other given their on/off romance in the future.

Things weren’t particularly plain-sailing when they went back to the past either with the pair rowing and Roger leaving her.

Most of season four saw the couple apart with the duo only reuniting at the end of the run when he decided to be with her.

Roger is a complex and flawed character, and it’s becoming more apparent his decision to follow Brianna through the stones was a rash one on his part.

So, a return to the modern era would make sense for the couple who are really trying with much difficulty to adjust.

The trailer for season five showed his regrets and hankering for a safer period in history. 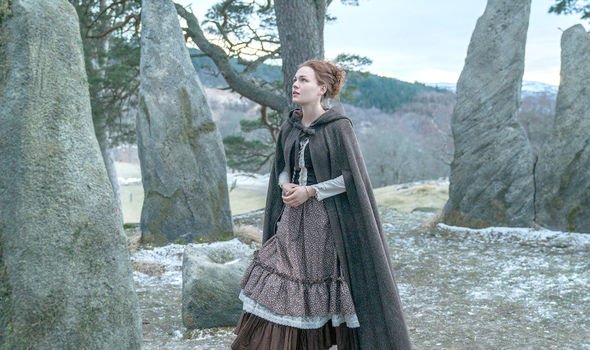 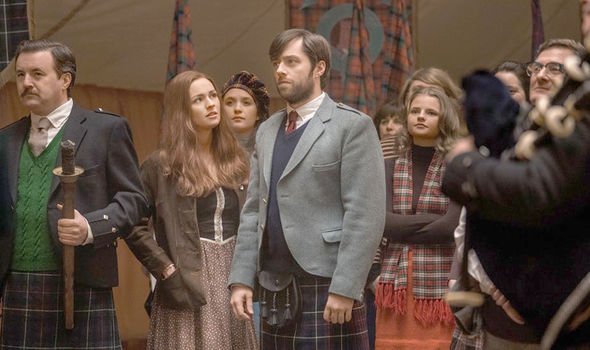 In the teaser, Brianna said to him: You want to go back, don’t you?” When he remains silent and looks guilty, she says: “Our family is here.”

In Diana Gabaldon’s novels, Roger goes back to the future but could the TV series go off-piste with Brianna also going back?

Their return to the future makes sense given Jamie and Claire’s fears for their safety.

Much like Claire’s own journey at the end of season two, Brianna and Roger’s return could be just as perilous and heartbreaking for all the Frasers.