Sam Heughan has appeared as Jamie Fraser in Outlander since the Starz series back in 2014. He was one of the first to be cast in the series despite bosses worrying he would be the most difficult to find. Now, the actor has revealed he told a small lie to help with his audition.

Reflecting on his time on the series, Sam explained he misses his horse Sleepy, who he worked with in season one.

He detailed how without the help of Sleepy, he may not have looked as good in the first series as he was inexperienced on a horse.

Writing in Clanlands, the book which accompanies his new series Men in Kilts, Sam recalled: “The lovely ‘Sleepy’ – my black Friesian on Outlander. Ah Sleepy, I miss you.

“Slender and elegant, he looked after me in Season One. 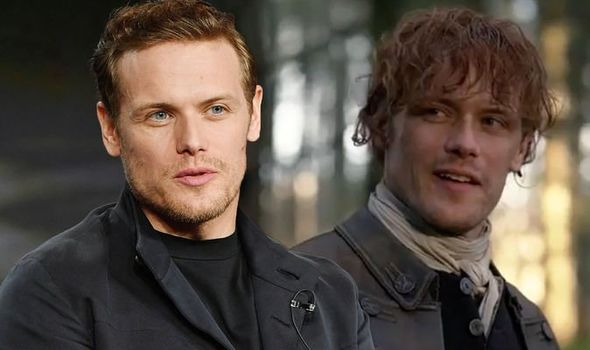 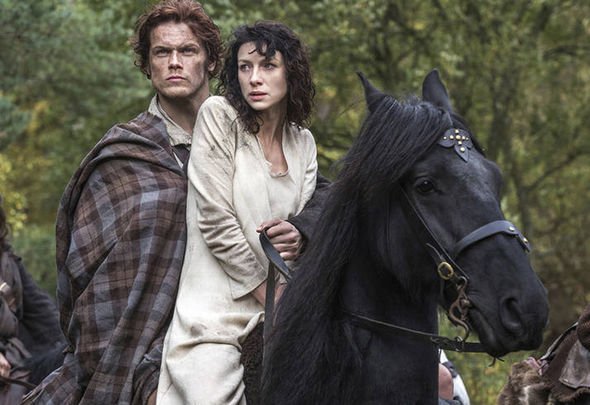 “Luckily, the stunt team saw through my ‘bull’ regarding my ability to ride – I’d lied about being raised on a farm and riding horses since I was a bairn to land the parts in Alexander the Great and Billy the Kid, having previously only stroked a donkey!

“But this time I was going to learn how to ride properly, or at least trust Sleepy and let him do the work.

“I now feel confident on a horse (Sleepy in particular). The horses are so well trained and generally make us look better than we are.

“Sleepy likes to look around a lot; he’s a curious horse but guns don’t bother him, nor do loud noises, blustering actors, lighting rigs, mud, cobbles or rain.” 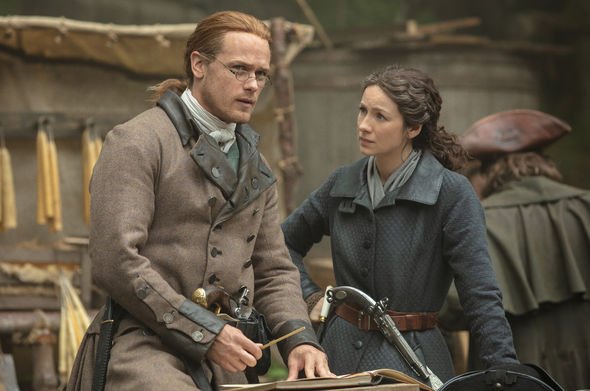 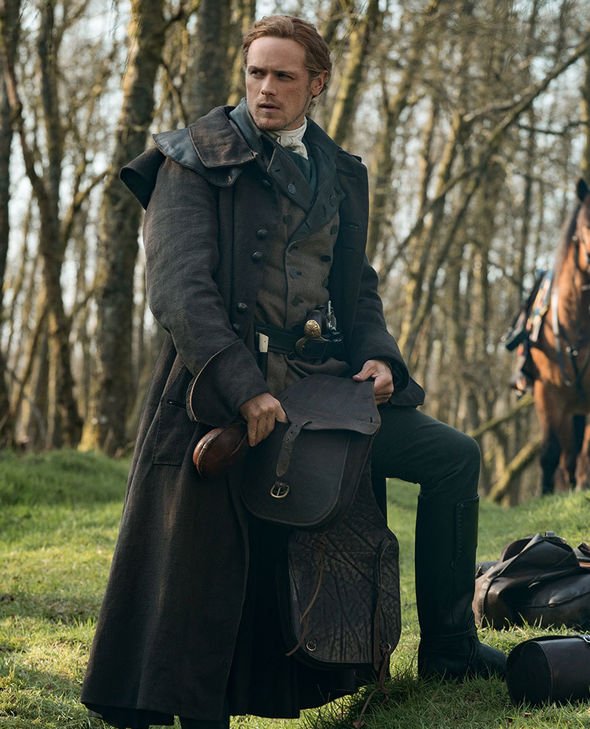 Sam added: “He loves a mint and a scratch under his mane, particularly on his withers.”

The actor’s new series Men in Kilts drops on Starz on February 14 and sees Sam travel across Scotland with co-star Graham McTavish, who played Dougal MacKenzie.

Men in Kilts drops just as the Outlander team return to filming and Sam thrilled fans as he shared a behind-the-scenes shot on Instagram earlier this week.

After months of delays, Sam and Caitriona Balfe were back on set as Jamie and Claire Fraser.

The on-screen coupled could be seen on a horse-drawn cart with events in the new series picking up after Claire’s attack in the season five finale.

“Feel very fortunate to be working right now, production are ensuring everyone is safe and protected. Now just need to deal with the snow….”

A video showing the production team setting up for the new series was posted on the official Outlander Instagram.

Shots of the sets for the new series could be seen being built with the finishing touches, such as Claire’s medicine cabinet being put in place.

The floor in the Big House was being swept while wardrobe was preparing to dress hundreds of new settlers on Fraser’s Ridge.

Eagle-eyed fans will have also been able to spot the title for episode one, Echoes, with a script left on a table.

Outlander seasons 1-5 are available to stream on Amazon Prime Video and Starz now.