Parents share how they paid off their mortgage in their thirties 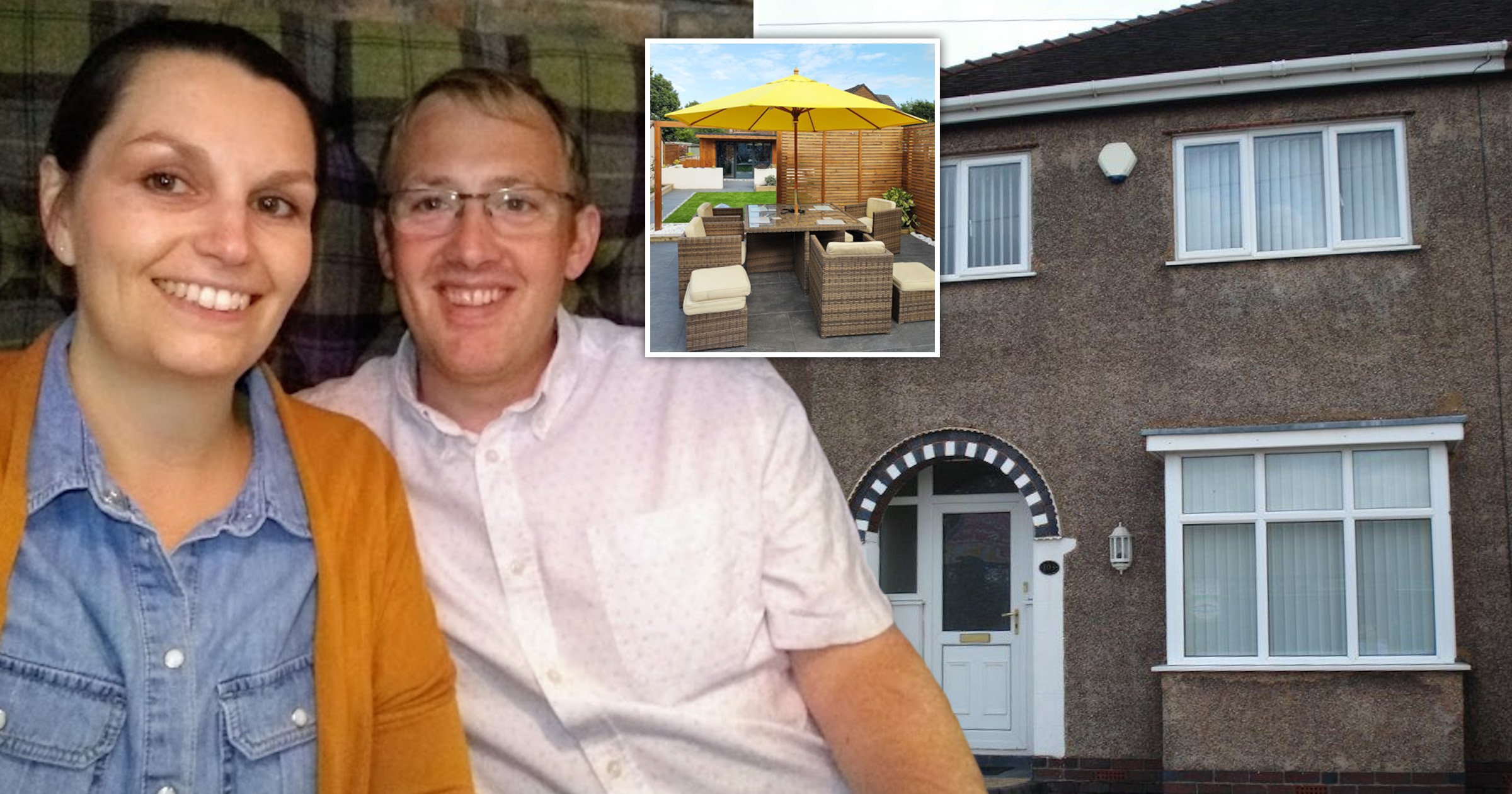 Siobhan and Lee Bowen are living the property dream.

In their thirties, they already own their home, having paid off their mortgage 28 years early.

That’s despite having a relatively low income, and raising kids alongside that.

The couple, from Great Wyrley, managed this by making careful overpayments, sticking to a budget, and skipping the latest tech so they could prioritise being mortgage-free by the time they were 40.

And they’ve smashed that target early, as Siobhan is now 36 and and Lee is 38.

Siobhan said: ‘We struggled at university to earn enough to cover the bills and stay afloat. We realised how easy it was to get into financial difficulty.

‘We became disciplined and saved regularly once we had full time jobs.’

They put down a 15% deposit of £16,880 to secure a better mortgage rate and kept some back for renovation work to the property.

‘It was good value as a typical home in our area was around £150k,’ Siobhan said. ‘We negotiated because it had been up for sale a while.

‘We could have borrowed up to £190,000 but we chose not to max ourselves out. We wanted to ensure our mortgage repayments and essential bills would be affordable on one wage.

‘It was very important to us to have a mortgage with unlimited overpayments.’

They were refused a 25-year mortgage so signed a 35-year term.

The mortgage started at £394 and the couple paid an additional £160 per month.

Paying off the mortgage became their top priority – but they still managed to live without feeling like they were scrimping too much.

Siobhan said: ‘We did not have high paying jobs; our household income when we started out was around £40,000 gross per annum.

‘We achieved a good balance. We didn’t go without but we didn’t try to keep up with the Jones’s either, Lee drove a 12-year-old Volvo that had done 200,000 miles on a petrol engine, it never broke down.

‘We still had holidays and even ticked off a few bucket list places like New York, Croatia and Lake Garda – always finding the best deal for our money.

‘Rather than sacrifice a happy lifestyle, I feel the main thing we did was purposely make a string of wise choices along the way.

‘We educated ourselves with the help of Martin Lewis and Pete Matthew from The Meaningful Money Podcast.”

‘We never had a car on finance and I couldn’t justify spending £45 a month for a mobile phone.’

In 2012, the couple welcomed their son, Caelan, and Siobhan dropped to a basic maternity wage.

Two years after buying, they re-mortgaged owing £89,210 – but thanks to renovations their home was valued at £145,000 and the loan to value ratio was reduced to 60%, giving them access to the best deals.

They continued to make overpayments on their five-year fixed rate and in 2016 asked for a recalculation.

The standard payment was reduced further and with Lee’s pay rise the couple added more to their overpayments and were one step closer to their debt free goal.

Unfortunately, they then hit a bump. In October 2018, Siobhan lost her job and the couple stopped their overpayments.

But once she was back in work they no longer overpaid, instead setting up a savings account. Eventually, they had enough to pay off the remaining £18,838 as a lump sum in March 2019 – just seven years after buying their home.

The next task on the list? Siobhan and Lee hope to retire early.

And for those who are keen to copy their plans, Siobhan has some top tips.

She advised: ‘Use an overpayment calculator, even small overpayments can make large savings over the mortgage term.

‘The more you can overpay in the early days the better it will be in the long run because interest is much higher at the start of the mortgage.

‘Overpay consistently every month as lump sums may be harder to part with.

‘Don’t max yourself out on the initial purchase. Just because you are allowed to borrow more, doesn’t mean that you have to. Make sure it’s affordable even if your circumstances were to change.

‘Balance is key, don’t deprive yourself too much or you won’t stick to it. Little and often is better.

‘Ask for a revaluation if you have carried out extensive renovations or the market has increased the value of your home, it will reduce your LTV ratio so you can get a better deal.

‘Be warned, it can become addictive once you realise the savings that can be made but being debt free has given us security, freedom and peace of mind.’

The couple’s journey to outright homeownership gave Siobhan a passion for money saving, and she now works as a paraplanner for an independent financial advice company.

She added: ‘We are proud, there was no inheritance or secret lottery win. It was done through hard work and saving.

‘I think money saving is my calling.’

If you want more tips and tricks on saving money, as well as chat about cash and alerts on deals and discounts, join our Facebook Group, Money Pot.