Paris Jackson, 23, looked like a fashion icon during one of her latest public appearances. The daughter of the late Michael Jackson showed up to the Vivienne Westwood show at Paris Fashion Week in a sheer and sleeveless dark brown yet reddish polka dotted dress with a high slit. She added a dark purple belt around her waist to go with the epic look and dark-colored peep toe heels with straps. 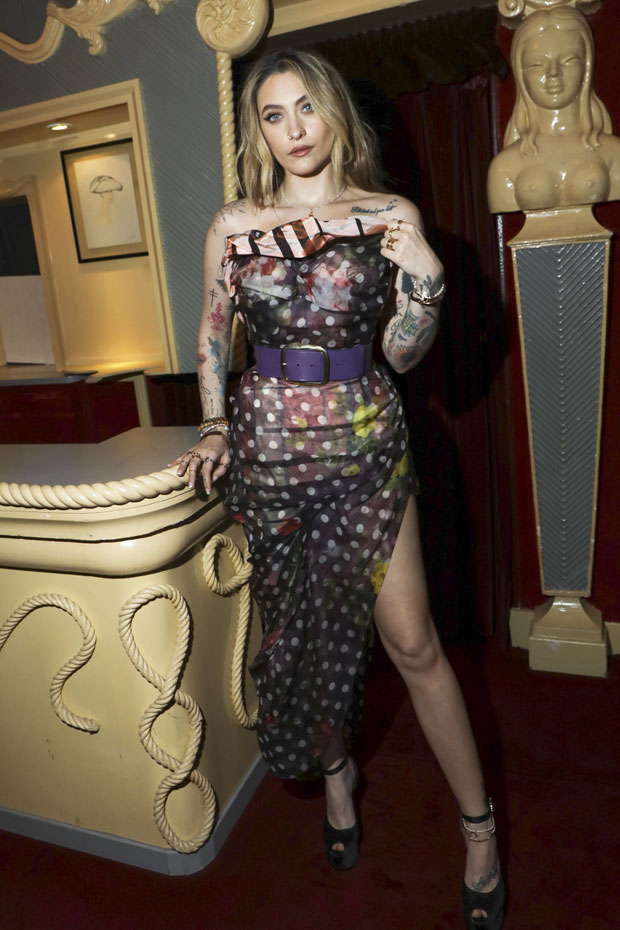 Paris also wore her blonde hair down and showed off classic and flattering makeup as she accessorized with multiple bracelets, a necklace, and rings. Her arm, shoulder, and feet tattoos were also on full display as she was photographed walking with people outside the show and posing solo inside. It’s not clear who, if anyone, Paris brought along for the event but she looked thrilled to be there. 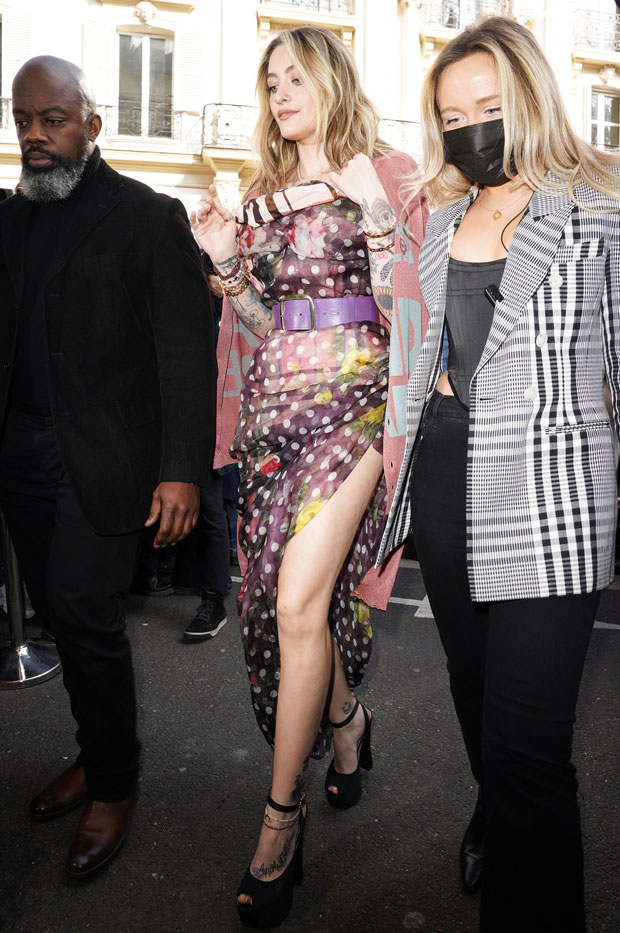 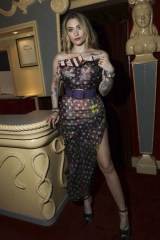 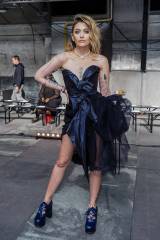 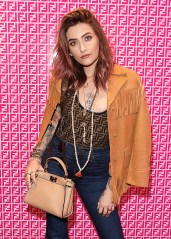 Before Paris’ appearance at Vivienne Westwood, she made headlines her brothers Prince Jackson, 25, and Blanket Jackson, 20, when they all made an appearance at a Broadway show last month. The three siblings actually went to see MJ: The Musical, a show dedicated to their dad, and got attention while leaving the theater.

During the fun night, Paris wore a long patterned red dress while Prince wore a black suit and tie. Blanket wore a similar fashion choice to his brother when she showed up in a black blazer over a white button-down and black pants.

When Paris isn’t turning heads during memorable outings with her family, she’s doing so by herself, just like she did during Paris Fashion Week. The beauty also stepped out for Iann Dior’s album launch party at Delilah in Los Angeles, CA in Jan. and rocked a casual outfit that included a white T-shirt and Daisy Dukes. She added ripped tights and black boots to the look and was spotted holding a denim jacket as her long hair was down and a Louis Vuitton mini backpack was over one shoulder.