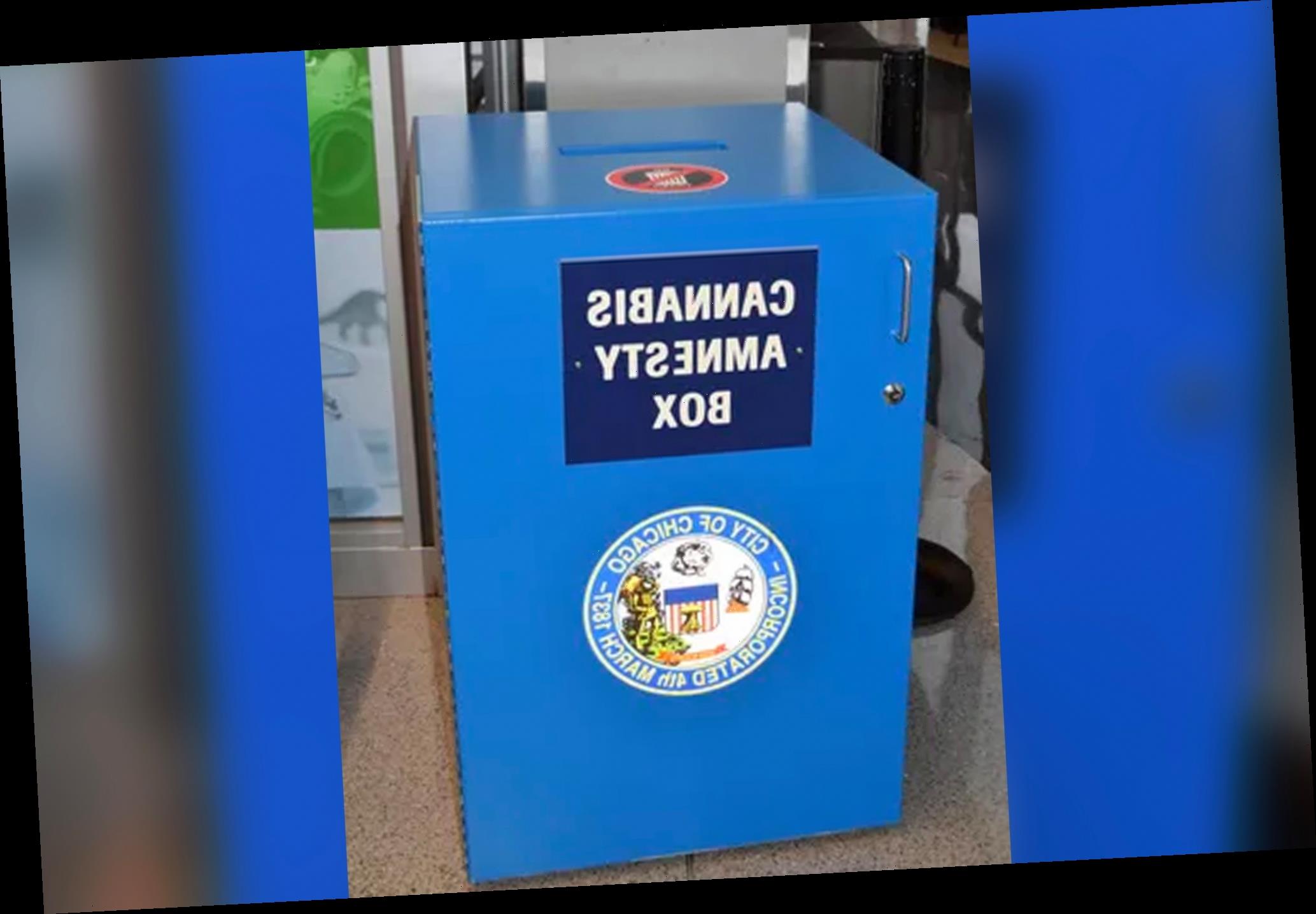 Who could have foreseen this?

Police in Chicago say an incoming traveler at Midway Airport managed to steal marijuana from one of the facility’s “Cannabis Amnesty Boxes” on Wednesday.

The boxes, which were installed only weeks ago to coincide with the legalization of recreational marijuana in Illinois, are intended for departing passengers wishing to dispose of their cannabis products before boarding their flights at Midway or O’Hare.

Police reportedly noticed the marijuana missing from an amnesty box during a check on Wednesday evening at around 8 p.m., according to a source for NBC5. Upon reviewing the surveillance footage, police saw a man — believed to be an incoming passenger — reaching inside and absconding with the marijuana hours earlier.

The marijuana itself was left behind by a separate passenger, who placed it in the amnesty box after being found with it during a security check.

Police added that the suspect should not have been able to access the contents of the amnesty box, NBC5 reported.

The suspect had not been identified as of Friday.

“Cannabis Amnesty Boxes have been placed at Chicago’s airports so travelers have the opportunity to ensure compliance with federal law, as well as the local laws at their destination. Tampering with them, or attempting to remove anything placed inside, is a crime, and detectives are investigating this matter,” said Anthony Guglielmi, the chief communications officer with the Chicago Police. “In the meantime, new, permanent theft prevention boxes are expected to replace the temporary ones in the coming weeks, making them more secure and preventing anyone from further accessing materials dropped inside.”

The amnesty boxes themselves were installed to coincide with the Jan. 1 legalization of recreational marijuana in Illinois. Upon their debut at Midway and O’Hare, it was explained that the Chicago Department of Aviation and the Chicago police would be responsible for overseeing, emptying and disposing of materials found within the 12 boxes.

The TSA also made clear that authorities are not targeting passengers carrying marijuana – it is legal to have in the state’s airports – but it is still illegal to fly with any drug, as airspace is regulated by the federal government and the drug is still illegal under federal law.

The TSA also does not actively search for “marijuana or cannabis-infused products” at security checkpoints across the nation’s airports, but the agents are “obligated to report the discovery of any drugs or substances that are illegal under federal law,” a spokesperson for the TSA told Fox News earlier this month. Local police then determine what further action to take, if any.

The two Chicago airports are not the first to install cannabis disposal boxes, as both McCarran International Airport in Las Vegas and Colorado Springs Airport in Colorado have also installed amnesty boxes for passengers who need to surrender their marijuana before flights.