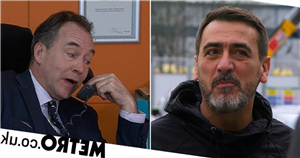 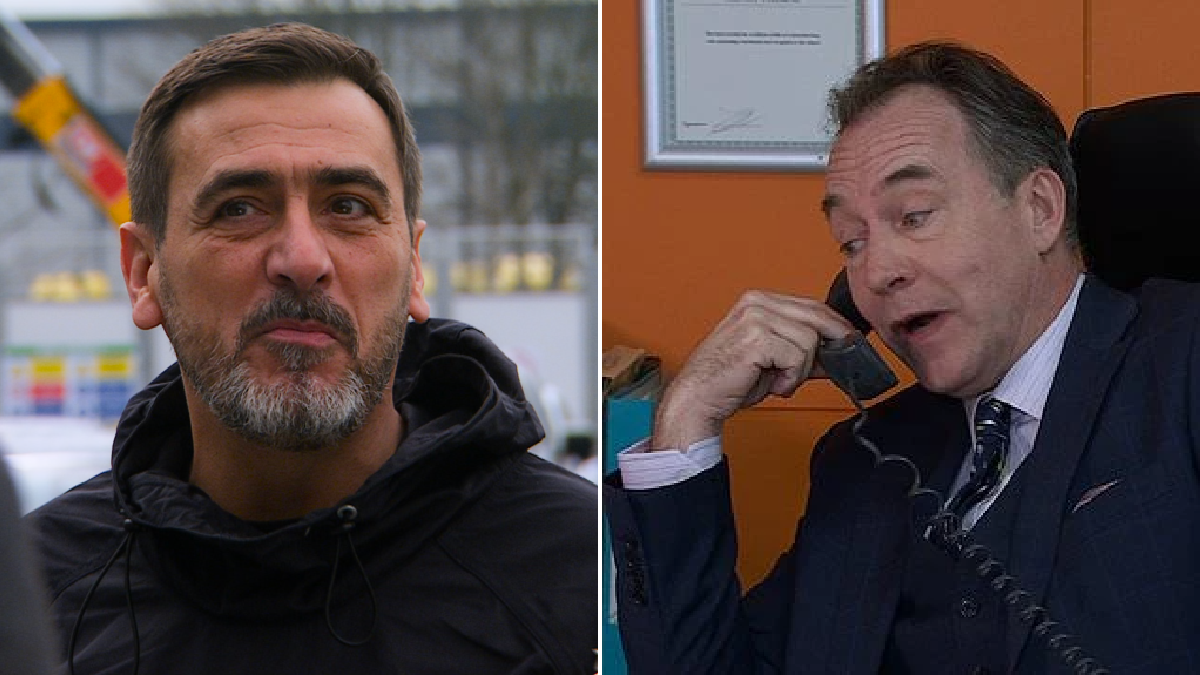 Peter Barlow (Chris Gascoyne) had his buttons pressed by Mr Thorne (Dominic Mafham) once again in Coronation Street tonight, following the discovery the surgeon rushed Peter’s operation in order to win a bet.

After learning about Mr Thorne, Peter and Carla (Alison King) attended a meeting with one of the hospital managers, where they revealed the hot-shot surgeon was under investigation due to his terrible behaviour.

Peter and Carla also learnt that during the liver transplant, Mr Thorne took a selfie with Peter’s damaged liver – which left them outraged.

Tonight, as Peter tried to stop himself from attacking Mr Thorne once more, Carla made her way to the hospital to confront him.

Carla gave Thorne her number, agreeing to the deal he will drop the charges in return.

Later on, Mr Thorne told Peter that he will retire straight away – if he withdraws his official complaint with the hospital.

Peter agreed to the deal and later joined Carla in the Bistro, convinced the matter was now in the past.

However, soon enough, Mr Thorne walked in with his posh mates.

Unable to watch the smug man enjoy a meal with his pals, Peter went to the loo but overheard Henry (Mr Thorne) talking about a new job in the USA.

His anger bubbling over, Peter realised Mr Thorne had wriggled around their deal, with his new enemy reminding him he had retired from working for the NHS, and that the deal didn’t say anything about retiring from being a doctor completely.

As Mr Thorne got back to his meal, Peter told Carla he won’t let the surgeon continue to abuse his position of power and make people like him feel small and insignificant.

He’s vowed to make him pay – but what has Peter got planned?