Who Wants To Be A Millionaire? fans will see host Jeremy Clarkson welcome long-term rival Piers Morgan onto the ITV show this evening after the pair ended their decade-long feud. Piers has already teased a “tense” reunion for the duo after announcing the move on Twitter earlier this month. He also revealed his GMB co-star Susanna Reid’s involvement in his turn in the hot seat, as she will be seen acting as one of his two phone-a-friends. However, the breakfast show host joked yesterday that Susanna had “chucked him under the bus” when it came to helping him out on the programme.

Piers gave GMB viewers a first-look at his upcoming appearance this evening on the Christmas Day edition of the breakfast show.

He said: “For reasons that still baffle me, I agreed to take part in Celebrity Who Wants To Be A Millionaire, hosted by a man who has punched me repeatedly in the head.

”It wasn’t very Christmassy, but it’s airing tomorrow night on ITV at 9.30pm on Boxing Day, which is appropriate.”

Piers moved to a clip of Jeremy explaining the rules for the show, reminding him he had two phone-a-friends available. 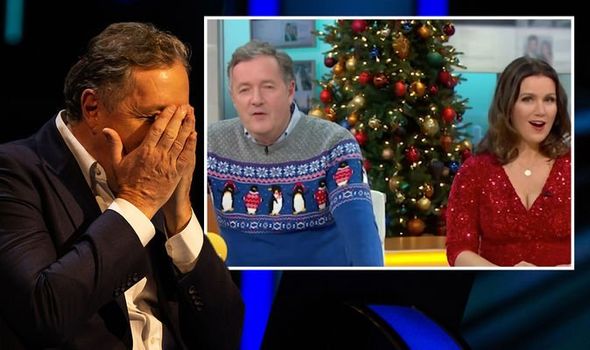 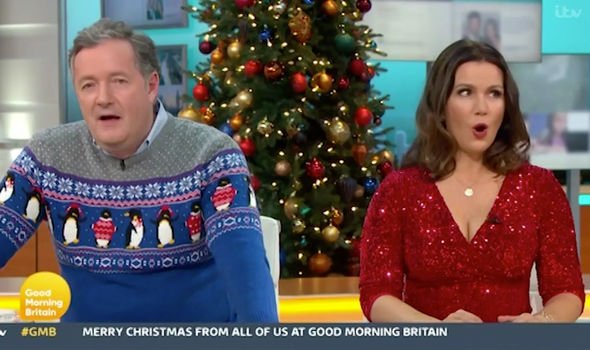 Piers said: “I’ve cleared out my roller decks and they were both available, who knew?”

“And you can ask me, I am so looking forward to that,” teased the host.

Cutting back to himself and Susanna, Piers commented: “I did have to ask him and I did have to phone my friend.

“One of whom is sitting very close to me right now,” but Susanna couldn’t resist a cheeky dig. 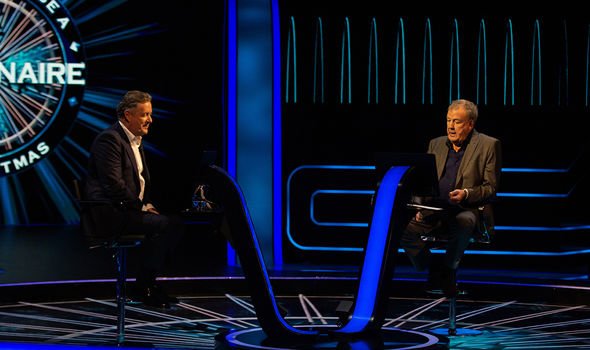 Piers replied: “Yeah, a friend would have helped a friend in need. Wouldn’t they, Susanna?”

“I’m not going to give too much away,” he added before Susanna further hinted her efforts to help were perhaps less successful.

“A real friend would have helped, you’re right,” she joked.

Piers went on to add: “The phrase, ‘bus’ and ‘chucked under,’ springs to mind!” With Susanna agreeing.

It’s not yet known how Piers will fare on tonight’s programme but the star teased his appearance weeks ago after confirming the stint on Twitter.

In view of his 7.7 million followers, Piers said earlier this month: “BREAKING: Yes, it happened.

“I’ve appeared on Celebrity Who Wants To Be A Millionaire, hosted by a man who once punched me in the head.

“It airs on Boxing Day (appropriately) and it went… well…” he revealed.

Other famous faces who will be appearing include Last Tango in Halifax star Ronni Ancona and Coronation Street’s Kym Marsh.

But will any of the stars manage to walk away with the coveted one million-pound prize?

Who Wants To Be A Millionaire? airs tonight at 9pm on ITV.