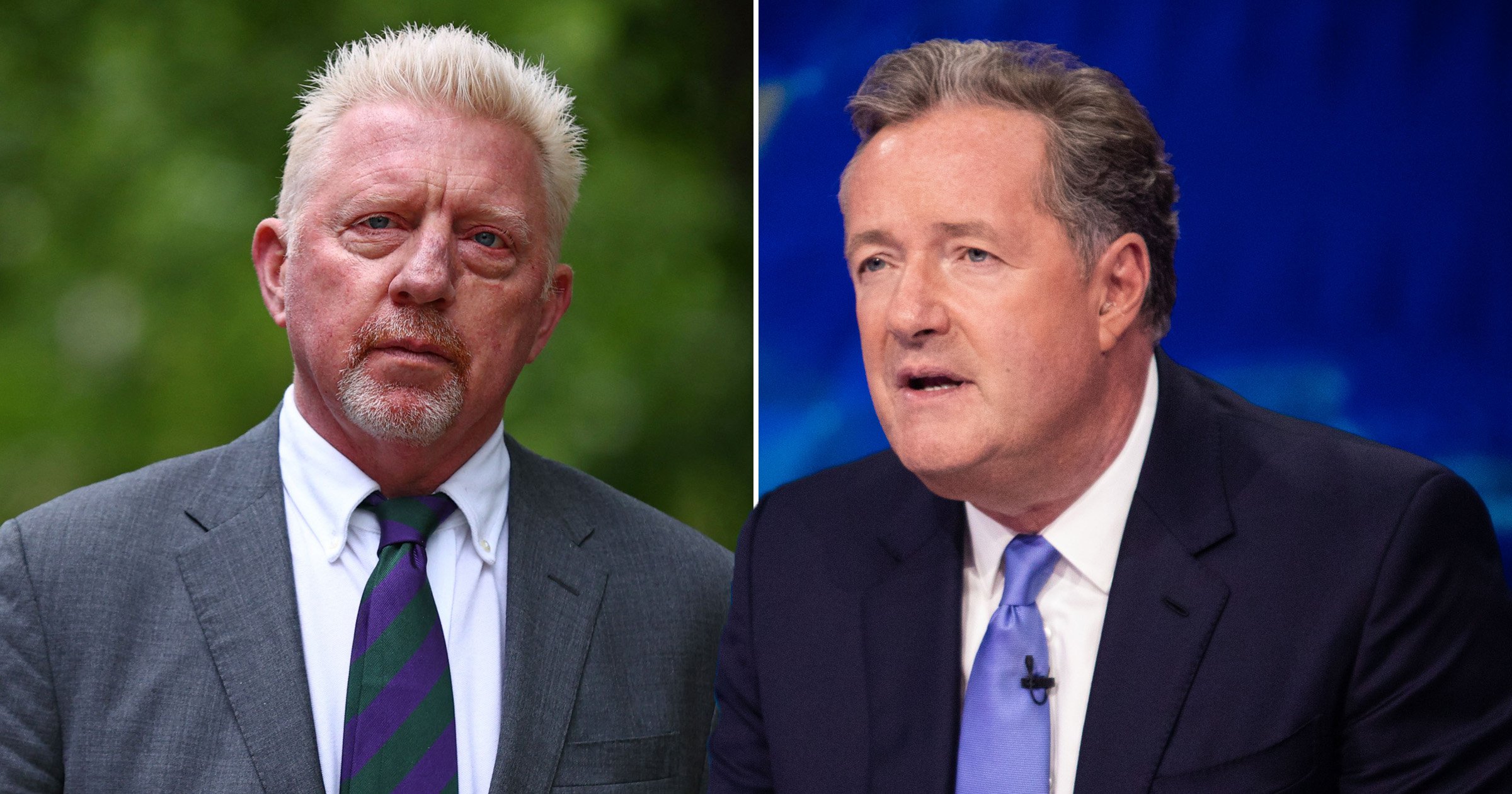 Piers Morgan has expressed his sympathy towards Boris Becker following the news that the former tennis star has been jailed for two and a half years.

It has been announced that Becker, who won Wimbledon three times throughout his career, has been sent to prison for hiding £2.5million worth of assets to avoid paying his debts.

The 54-year-old was convicted of four charges of insolvency relating to his bankruptcy in 2017 earlier this month, and was found guilty by a jury after admitting he spent tens of millions of pounds on his ‘expensive lifestyle habits’, as well as his divorce and the upkeep of his four children.

Following the news, Morgan – who launched his new show Piers Morgan Uncensored on TalkTV this week – said he felt ‘so sorry’ for Becker over the outcome.

Sharing a group photo of himself with the German former world number one, he tweeted: ‘So sorry about Boris Becker. Great guy, and always enjoyed his company. See you on the other side, mate.’

During Becker’s sentencing, Judge Deborah Taylor referred to his previous bankruptcy conviction, saying: ‘You did not heed the warning you were given and the chance you were given by the suspended sentence and that is a significant aggravating factor.’

Morgan then responded: ‘… and a brilliant guest you were too!’