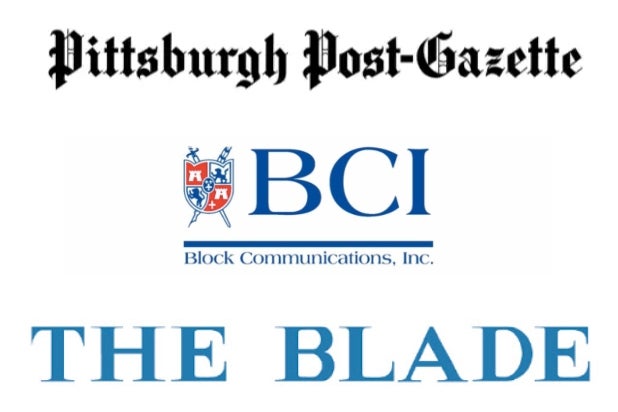 Reporters at the Toledo Blade and Pittsburgh Post-Gazette said Friday that the right-wing views of the papers’ owners are hindering their ability to accurately cover President Donald Trump and Wednesday’s Capitol riot.

Blade executive editor Kurt Franck directed digital journalists on Wednesday not to describe the rioters as Trump supporters, TheWrap has learned. According to Blade journalists and a statement from the guild that represents them, their reporting on the event was edited without their permission to remove some references to Trump and leave room for ambiguity about how many of the demonstrators involved were his supporters.

Those who stormed the Capitol Wednesday came from a pro-Trump protest and were instructed by the president to direct their attention on the Capitol. Elected officials and journalists who were in a joint session of Congress at the time entered a lockdown amid the chaos, postponing the certification of President-elect Joe Biden’s electoral win, and when it was over, four people were dead.

The stealthy editing “waters down the truth of what happened on Wednesday and is a disservice to our readers,” the union said in a statement, which added the changes “are also done in a political climate where some are attempting to create misinformation about who was responsible for, and participated in, Wednesday’s chaos.”

Reporter Jay Skebba told TheWrap that newsroom employees have “always known” that publisher John Robinson Block has “tried to manipulate stories to be more pro-Trump,” but this week marks the first time he can recall “where that mentality has seeped into management inside the Blade newsroom.”

“That is just shocking, appalling and disgusting,” he said. “I never thought I’d see the day where some of these managers, who have decades of newsroom experience, would go along with the charade.”

Staff writer Nolan Rosenkrans added, “The Blocks have always manipulated news coverage to suit their political desires … This can also be through ‘guidance’ to top editors over coverage direction, which is mostly John shouting into a phone at the managing or executive editor. I do honestly feel for them for having to deal with that.”

He added that the Blade’s journalists have been dispatched to write “hundreds” of stories about topics John Block becomes “obsessed with.” After a round of layoffs, he said, a reporter was hired to specifically cover dogs after staffers had been tasked with writing “endlessly about the practices of the local dog warden.”

According to multiple journalists at the outlets, some of whom participated in a Friday press conference, this is not the first time the political leanings of the Block family or their deputies have seemingly been made clear, either in the papers’ news output or their personal lives. Block Communications board member Susan Allan Block has posted anti-Muslim conspiracy theories on Facebook in the past and in 2016, the papers’ publisher and editor in chief, John Block, posed on a private plane with Trump, who is seen giving a thumbs-up.

On Thursday, Susan Block — married to chairman Allan Block —  published another post on Facebook that exemplified, to the journalists, the Blocks’ views. She wrote, “NO PEACE! NO UNITY! NO CONCESSION! NO LEGITIMACY TO A STOLEN ELECTION! THER [sic] ARE 70 MILLION TRUMP SUPPORTERS WHO WILL NOT FALL IN LINE. THERE WILL BE NO ‘HEALING.’ WE WILL DRAG THIS ILLEGITIMATE PRESIDENT, HIS WHORE VP & ALL OF THE DEMOCRATS THROUGH THE SAME S— THEY DRAGGED PRESIDENT TRUMP & HIS SUPPORTERS THROUGH FOR THE LAST 5 YEARS!”

“Calling our incoming vice president a whore is beyond the pale and perpetuates the sexism and racism that plagues this nation,” said Post-Gazette reporter Ashley Murray in a phone call with TheWrap. Vice President-elect Kamala Harris, a Democratic senator from California, is the first woman and first Black woman elected to the role.

Rosenkrans told TheWrap that among newspaper staffers, Susan Block’s “posts are very common knowledge and a source of embarrassment.” He provided another undated social media post from Susan Block in which she wrote, “I’m not an employee of the Blade or any of our business. I could care less about ‘saving The Blade.’ We run it like a charity for the benefit of the community. It’s way more trouble than it’s worth.”

Further issues stemming from what the reporters say has been the Blocks’ influence on the papers’ news divisions, especially during the increased social unrest in the summer of 2020, have been more public. Murray, for instance, found that she and colleague Lauren Lee had news articles about local reaction to ongoing discussions of police brutality pulled from the Post-Gazette’s website in June. Both women tweeted about the deletion of the news items immediately. The URL of Murray’s original post still directs to an error message. The URL for Lee’s piece now directs to a piece with new images and new copy. The byline simply attributes the article to “The Pittsburgh Post-Gazette.”

Murray told TheWrap it was “disturbing” that editors at the paper “thought it was a journalistically sound decision to delete two articles from the Post-Gazette website.” The two editors in charge at the time, former executive editor Keith Burris and former managing editor Karen Kane, no longer hold those positions within the organization. Burris, too, has a photo on a plane with Trump.

Also at that time, the Post-Gazette made national headlines — including some at TheWrap — when two Black reporters disclosed that they had been barred from covering the George Floyd protests. The union representing the city’s journalists said that editors retaliated against staff who publicly expressed support and solidarity. One of those reporters, Michael Santiago, later revealed he had accepted a buyout and was quitting.

The latest newsroom events surrounding the Capitol riot led the journalists to speak out Friday.

“I think this was different because it happened at such a raw moment where the country appeared to be taking a collective moment to say, ‘Enough of the bulls—,’” Rosenkrans told TheWrap. “Some things are truth, and some things are not.”

A representative for Block Communications did not immediately return a request for comment.