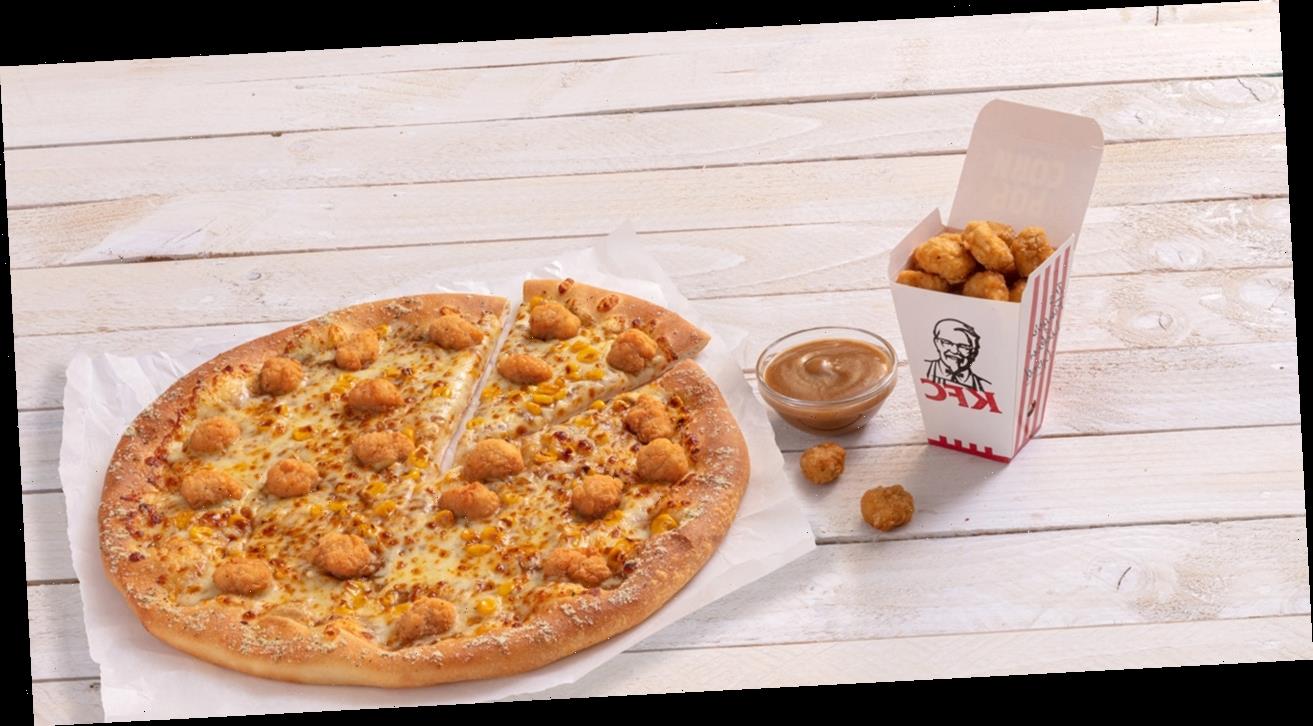 KFC and Pizza Hut have joined forces to make the ultimate meal – a cheesy pizza topped with popcorn chicken.

As if it couldn't get any better, the doughy classic crust pizza base is smothered in KFC's iconic gravy before being sprinkled with mozzarella and sweetcorn. 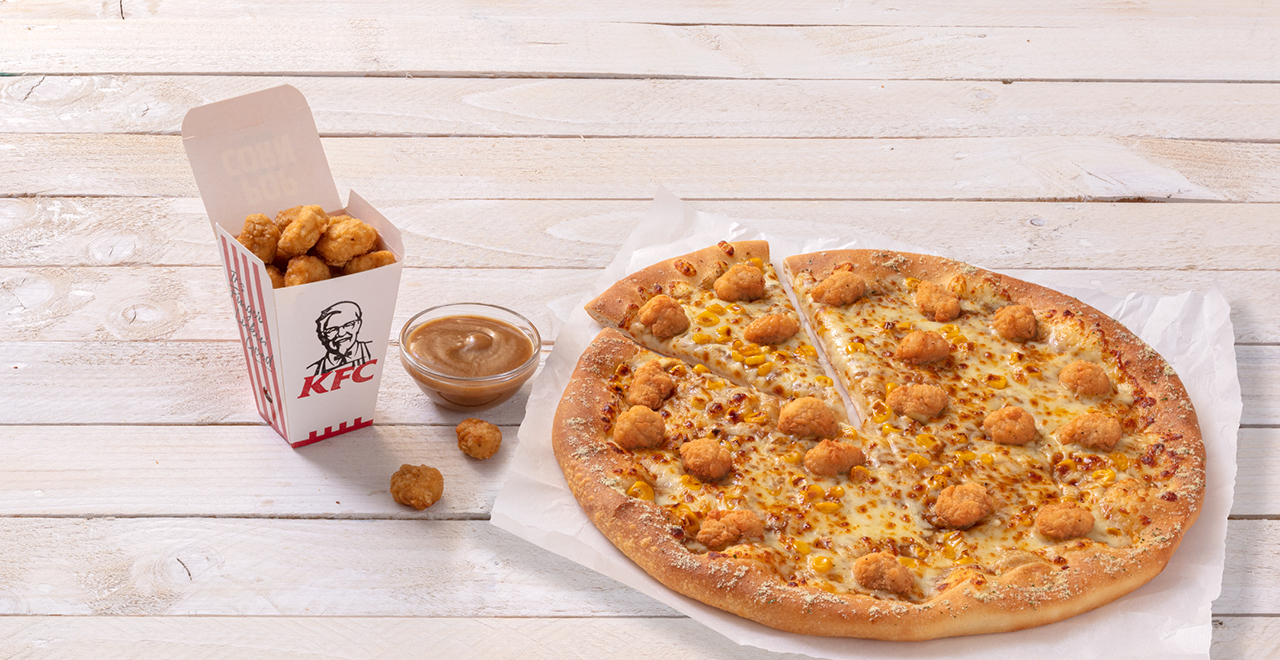 The two fast food chains had teased fans this time last year with the "gravy supreme", which had a cheesy bites crust.

Unfortunately, it was just a one off to celebrate National Pizza Day but both brands said that if there was enough demand then it may appear on menus.

And now all of our Frankenfood dreams have come true because Pizza Hut has promised to serve them up.

They're only available as a takeaway option though so you won't be able to tuck in while you dine in.

The prices vary depending on what branch you order from – this is because many Pizza Hut restaurants are franchised so get to set their own charges.

They're only available to buy in a large size, which is made up of 10 slices, and can cost around the £20.49 mark for one.

Pizza Hut doesn't charge a delivery fee but restaurants set their own minimum spend to be eligible.

These are typically around £12.99 but it's worth checking before placing your order.

The chains are yet to release details on how many calories are in the pizzas but a large classic pizza contains a huge 1,870 calories – or 187 per slice.

And the KFC version is likely to be more than this considering it's got chunks of fired chicken on each slice too.

If you want to get your hands on the mash up meal you'll need to be quick as they will only be on the menu for two weeks from today until February 16.

You can find out if your nearest Pizza Hut offers a takeaway service by using the locator tool here.

KFC has brought back its Chicken Tuesdays deals where you can get a nine piece bucket for £6.

In more chicken news, KFC has registered the term "gravynnaise"prompting speculation that it's about to launch gravy mayonnaise.

KFC in Scotland is also trying out a massive 80 piece popcorn chicken bucket for £5.99.