Jim appeared as a guest on the BBC valuation show with a range of items he’s acquired during time he had spent working as a security chief for the music industry. Speaking to Antiques Roadshow expert Job Baddeley, he was amazed to discover the estimated worth of his lifetime collection, and joked he was hesitant to “leave it for the grandkids”.

Jim used to work alongside the Rolling Stones, Bob Dylan and many more big names, and was involved in security at Live Aid.

Art auctioneer Jon was impressed with the collection and said: “We’ve got this fantastic [Andy] Warhol image of Mick Jagger, dedicated to you.

“And it says ‘to Jim, thanks for all your help, especially at the lighting board!’ What does that relate to?”

Jim described an incident which had seen him credited with saving the life of singer Mick Jagger. 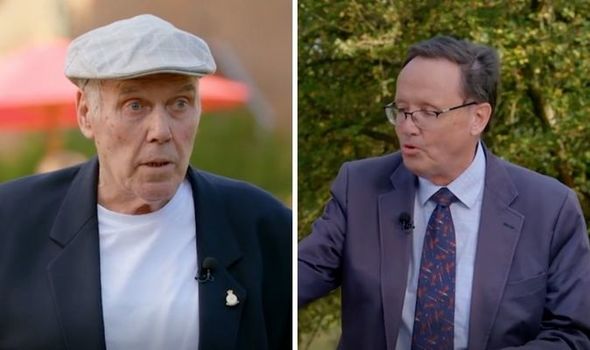 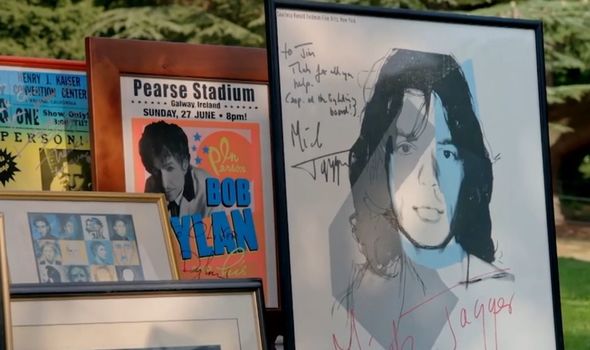 He explained: “Well, what happened was we were in Japan and Mick surprised me by saying he wants to go from the lighting board to the stage, [he said]: ‘so you’ve got to get me out there and get me back to the stage.’

“So we carried him to the stage – the crowd just went barmy, they just went mad.

He continued: “I’ve got to take my hat off to him, he finished the show off, the crowd went wild – it was good. 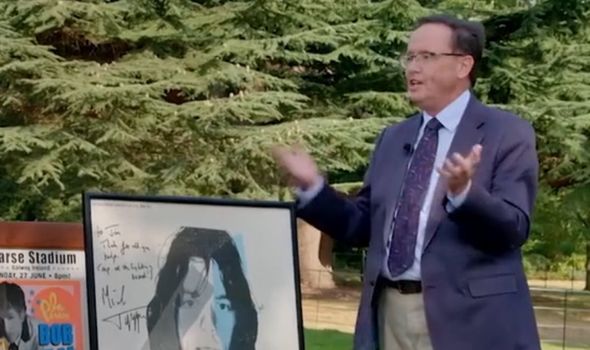 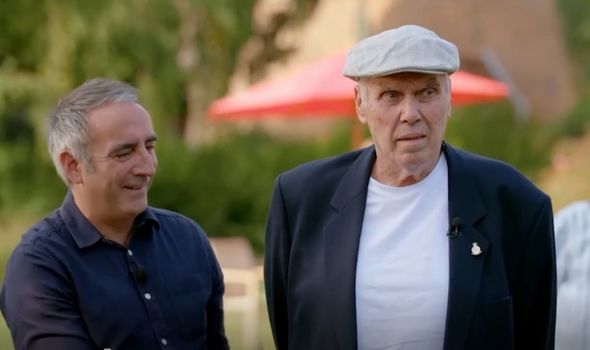 “Fantastic,” Jon replied. “What a great story. Now, the pieces I particularly like are these four small postcards – all portraits of Mick Jagger by Andy Warhol, and he made big format prints of these.

“But what makes them very, very special is they’re actually signed by Warhol and by Jagger.

“The postcards are not that rare but to be signed by both is very, very special.”

Jim added: “Andy Warhol was a special guy. He was – I thought he was special.”

Reflecting on Jim’s career working alongside some of the biggest musical stars, Jon commented: “You must have amazing memories.”

“I’m putting it all down,” Jim replied. Jon agreed: “It needs to be put in a book. You’ve just given us a few stories but rock memorabilia keeps going up and up in value.

It then came for the moment of truth, as Jon unveiled the full price of the entire collection to a shocked Jim.

Jon explained: “So this is just part of your collection that you brought along today but you’ve told me about the others, shown me the photographs – not all of it’s on view now but we’re talking about a figure of between £15,000 and £20,000.”

Jim was pleased with the valuation, and replied: “Praise the Lord!”

He didn’t reveal what he planned to do with the collection, as Jon commented: “A lifetime of collecting, but something to treasure or sell as you wish.”

But he responded: “Well, you know, don’t want to leave them too much!”