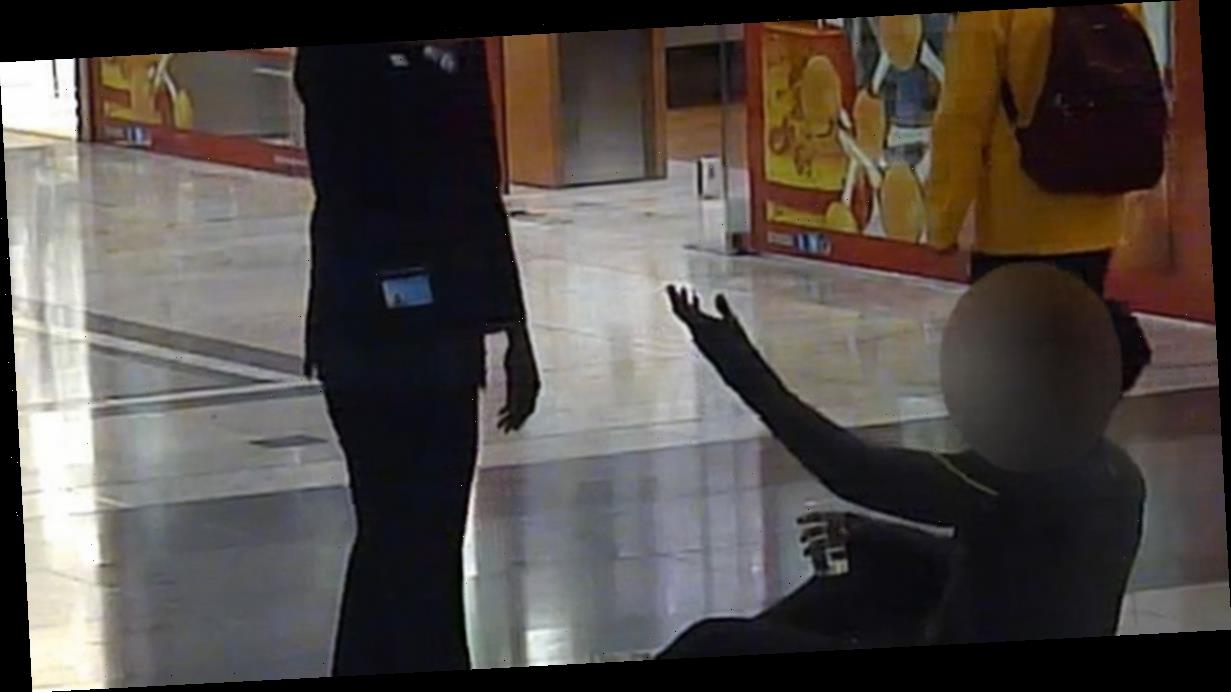 Security guards in the banking district were filmed rushing to help the man, who appeared to fall to the floor while suffering from a coughing fit.

The incident occurred in Jubilee Place shopping centre, which was busy with shoppers and workers at the time.

Those who ran to his aid were seen helping the prankster by handing him a glass of water.

The man then appeared to stand up, suffering no ill-effects from the sudden 'collapse'.

CCTV then tracked the coughing man and his accomplice appearing to set up the stunt while carrying a camera.

Security officials have now confirmed to Daily Star Online that episode was a hoax by a pair of pranksters.

Sources confirmed the Daily Star Online the man was in a “good mood” and was “smiling”.

After staging the coughing fit, he then went back to his pal and the pair left the shopping centre.

London Ambulance Service did attend the scene confirm they did send a team of paramedics.

The crew however were then informed the ambulance was no longer required.

It came the day before Chevron announced they were temporarily closing their offices in the area due to a worker reporting symptoms.

In a statement, the firm said they had instructed the 300 employees at their Westferry office to work from home.

“There is no evidence currently of any presence of coronavirus at Canary Wharf.

“The prank was perpetrated by two individuals who were seen preparing this scenario prior to filming.

“We condemn this irresponsible behaviour which is not helpful at this time heightened awareness.”

Coronavirus cases in the UK have hit 15, causing widespread panic about the spread of the virus.

Retailers have reported a huge soar in sales of antibacterial gel and sanitizer, with stores such as Boots and Amazon running low on stocks.

Families have even been sharing lists and images of goods they have stock-piled in preparation for self-isolation.