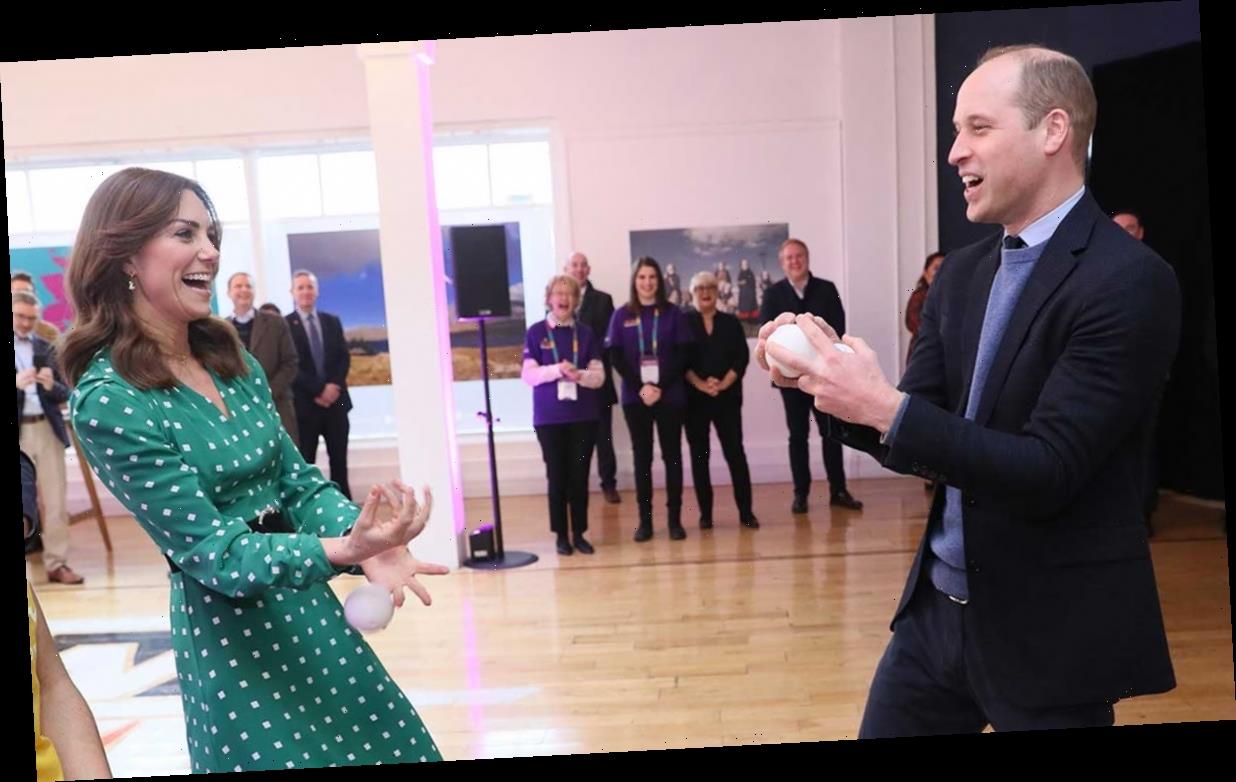 The Duke and Duchess of Cambridge visited Galway on the final day of their royal tour of Ireland on Thursday. Prince William and Kate's first stop was at Tribeton to watch Galway 2020 acts perform, including Livefeed, Hoops and Galway Community Circus.

The start of their final day in Ireland was delayed after bad weather affected their flight arrangements, an Irish Government spokesman said.

The Cambridges then made their way to Tig Coili, a family-owned, traditional Irish pub on King Street in the city centre, where they met locals who volunteer to promote the city and its people.

William and Kate's final stop of the day will be at a local Gaelic Athletic Association (GAA) club to learn more about traditional sports, which are popular across Ireland, including hurling and Gaelic football. The couple love to get competitive with each other and will join children on the pitch.

On Wednesday, the Duke and Duchess had a packed day of engagements, visiting charities, a farm and Howth Cliff, where they enjoyed a romantic stroll. In the evening, they attended a reception, where William touched on the subject of Brexit in his speech.

William impressed his wife with his juggling skills during their visit to Tribeton, as they met performers. The future king successfully juggled three balls, but found four a little more difficult!

Kate stunned in a bespoke green polka dot dress by Suzannah, with a black waist belt. She teamed it with her Ralph Lauren boots. William donned a dark suit and pale blue knitwear over a white shirt.

The Duke and Duchess emerging from Tig Coili, a traditional Irish pub on King Street in Galway. Huge crowds had gathered to greet the couple ahead of their arrival.

Kate, wrapped up in her dark green Alexander McQueen wool coat, took the time to chat to locals on King Street after visiting the pub.