William, Kate made ‘no effort’ to introduce kids to Lilibet: royal expert

It’s not every day you bump into a famous person, let alone the future King.

But for a handful of Londoners out and about on their daily commutes, Prince William was there to make sure they started their day off right.

The Duke of Cambridge was incognito while selling copies of British magazine “The Big Issue,” known for supporting the homeless and those struggling financially.

The father-of-three, 39, was spotted donning a red vest and a hat to match as he sold magazines to confused passersby on the street.

Lithuanian tourist Vitalijus Zuikauskas, 40, and his wife Laura Zuikauskas, 39, got more than what they bargained for during their trip to the British capital for the Royal Jubilee festivities.

Just four hours before their flight home on Wednesday, the pair brushed shoulders with Britain’s elite.

“In the beginning, we didn’t even realize it was Prince William standing there. We passed him by,” Laura told The Post. “We didn’t recognize him at all.”

She said the prince was not surrounded by security, however, she did notice a couple of royal guards dressed in military outfits standing nearby.

“I didn’t realize it was that easy to meet the prince in London.”

“After turning around and looking back, I realized it was him,” she explained, saying she and her husband were one of the first people who spotted the royal.

“I didn’t realize it was that easy to meet the prince in London,” she laughed. 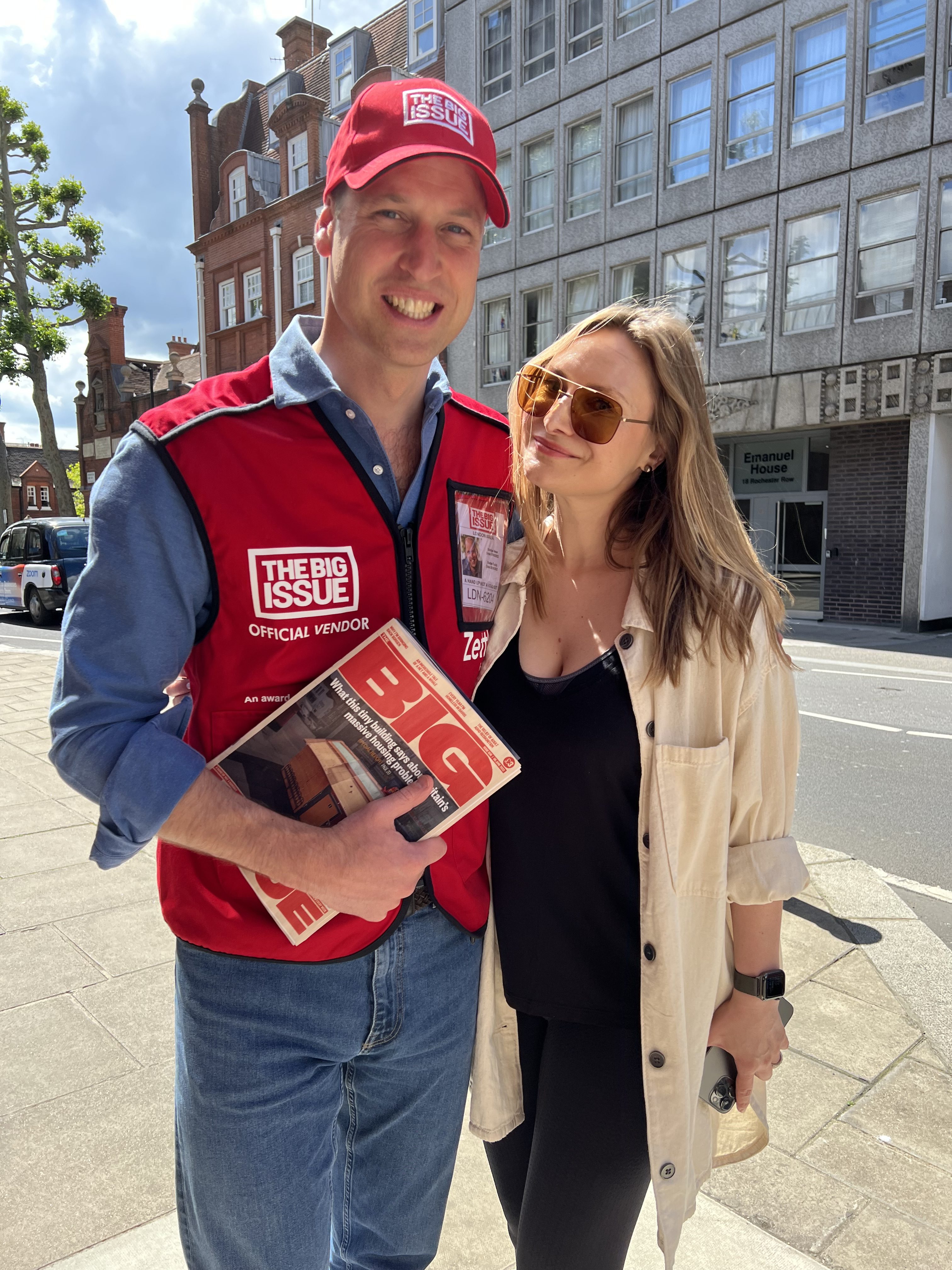 “We stopped to have a little chat with him, and he was so kind. My love for the royal family grew 200 percent after meeting William,” Laura gushed to The Post.

Laura said William was “very kind” and more than willing to snap photos with fans after they purchased a copy of the magazine he was helping to sell.

“It was so amazing seeing Prince William continue doing what his mother Princess Diana did for charities. The problem with homelessness is worldwide and it’s huge, and it’s just nice to see the prince setting the right example in his home country,” she added.

“My love for the royal family grew 200 percent after meeting William.”

The late Princess Diana famously took William to a homeless shelter when he was 11, which clearly instilled values the royal carried ever since.

“An unexpected meeting with Prince William,” Vitalijus captioned his Instagram post, in which he’s standing next to the royal with his arm around his shoulder. 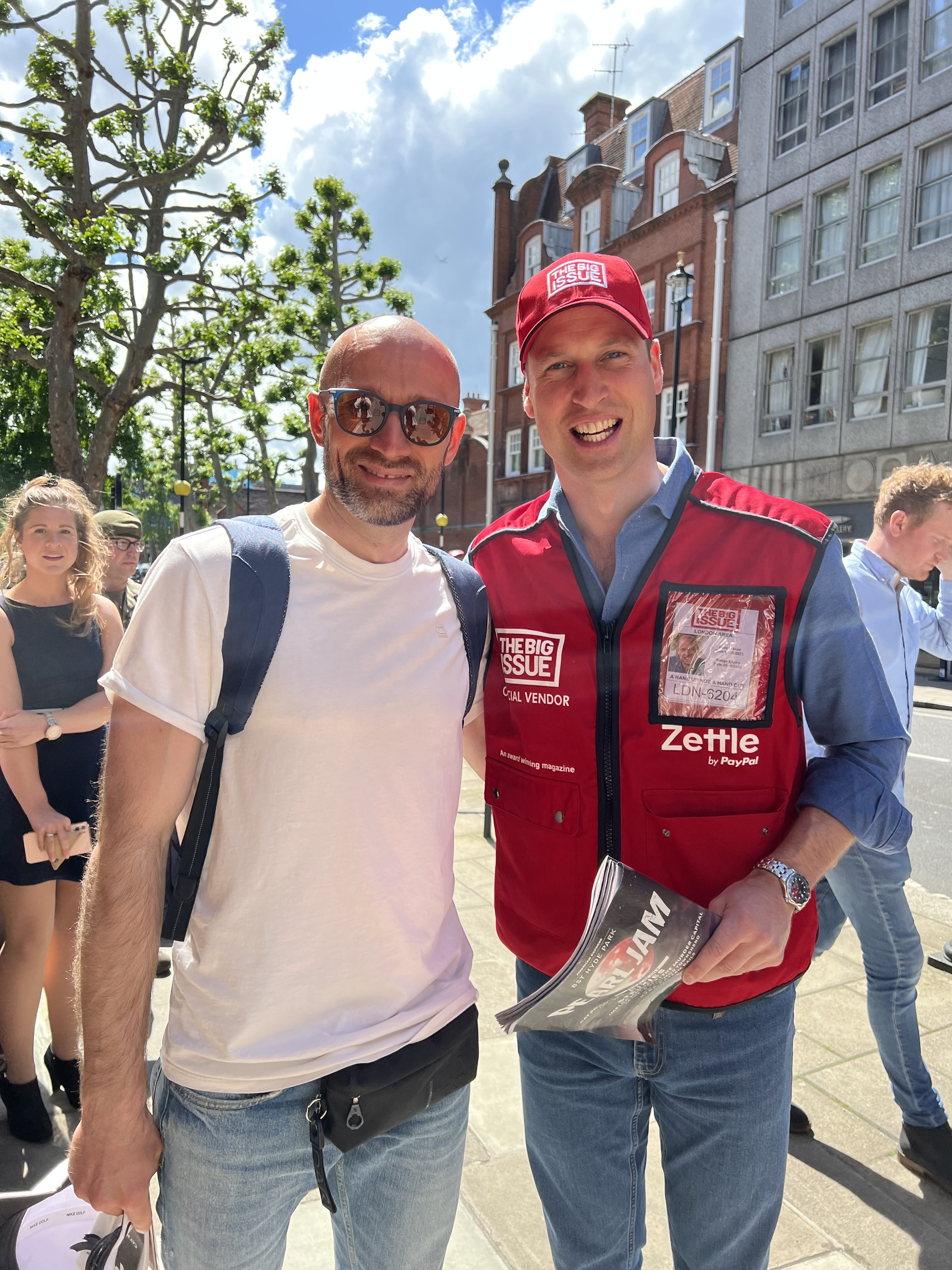 One passerby, notably a former Metropolitan Policeman, posted about his brother-in-law’s unlikely encounter with Prince William on LinkedIn.

Retired Chief Supt. Matthew Gardner said his brother-in-law couldn’t believe his eyes after seeing a Prince William lookalike handing out magazines to strangers across the street.

Determined to get a closer look, the Londoner approached the man, only to find out it was the real Duke of Cambridge in the flesh.

“What an honor to have a private moment with our future king who was humble and working quietly in the background, helping the most needy. These ‘silent gestures’ often go unrecognized,” Gardner wrote in his LinkedIn post.

After confessing to the royal he had no change in his pocket to purchase the $5 magazine, Gardner’s brother-in-law was relieved William was prepared for such an occasion.

“The finale to this unique occasion was when Prince William asked my brother-in-law If he wanted to buy the Big Issue, to which he replied ‘I have no change,’” Gardner said.

“At this point William produced a mobile card machine… you cannot teach that! Priceless, or should I say ‘princely.’”

Another Brit was counting his lucky stars after bumping into Prince William on the street.

Cab driver Neil Kramer beamed as he posed for a snap with the royal, who stood next to a worker selling the magazines. 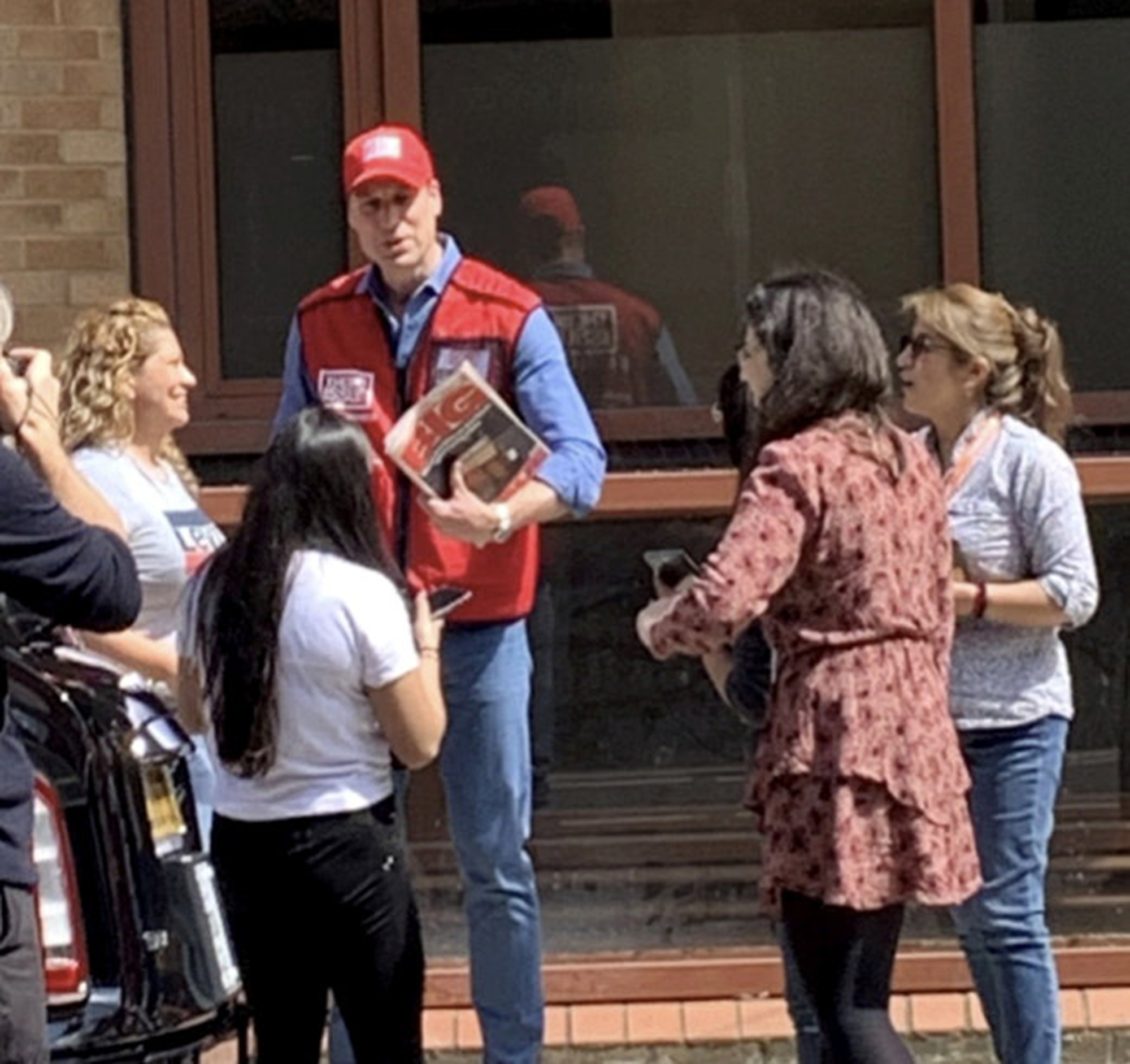