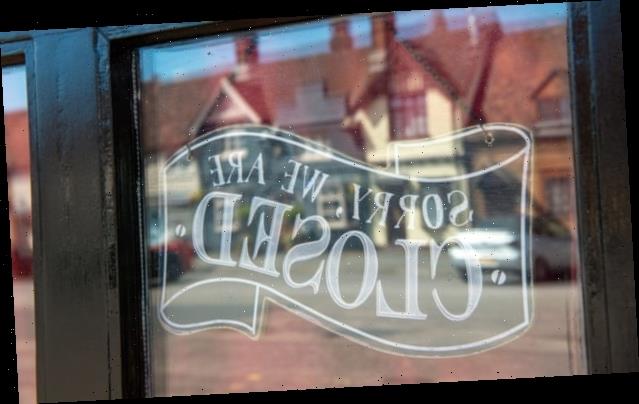 Protecting one man’s job is preoccupying the government at the moment, but many people are much more concerned by the millions of others hanging by a thread during our coronavirus crisis.

At a time when the government should be setting out the next phase of the urgently needed programme to prevent mass unemployment as a result of the pandemic, much of the cabinet is bogged down with providing cover for Dominic Cummings, defending the indefensible. My appeal now to the chancellor, Rishi Sunak, is to step away from such irresponsible use of government resources – because there is no more time to lose in averting a tsunami of jobs losses this summer.

The government’s job retention scheme (JRS), announced in March, was a major victory for trade unions and a recognition by the chancellor that without state intervention and pay protection, market forces would lead to mass layoffs as employers were told to lock down in the face of the Covid-19 pandemic.

Among Sunak’s considerations were the very real potential for huge unemployment and the probability that, overnight, millions would be forced to swap a decent wage for poverty-inducing financial “support” from an already failing universal credit system. These threats have not gone away – any missteps from government or employers could give them their moment to strike.

Why the Treasury’s panic over debt, when borrowing costs next to nothing?

Sunak took the decision that has undoubtedly protected, at least for now, millions of jobs across the economy. Both employees and the self-employed have been able to furlough where necessary with at least an element of immediate financial security. It was a brave decision, taken despite opposition from hawks in his own cabinet, the free marketeers and neoliberals for whom market forces have always ruled the roost, all with plenty of their own cash reserves.

But as we begin to relax the lockdown and talk shifts to rebuilding the economy, the future of the JRS is back in the spotlight. We need the government to state that job protection and job creation are joint priorities along with the defence of public health. It must signal that this is absolutely not the moment to take a sharp, ideological shift to the right.

Trade unions are, as we have been from the very beginning of this crisis, working night and day to secure a safe, speedy and fair recovery of the economy. Unite’s officials helped negotiate the JRS to begin with. Our team is also devoted now to protecting workers facing threats to their livelihood – we are fending off the needless, aggressive assault on 42,000 British Airways staff launched by their own employer. At the same time we are striving to persuade the government to provide urgently needed investment in vital industries.

Support for our proposal for a national council for recovery, which has so far fallen on deaf ears in No 10, is growing among the business community. Many understand the need for the country to come together at this time of national emergency. The ideologues opposing it must stand aside, acknowledging there is no quick fix to this crisis and that the failed old economics, including passing the costs down the chain to the people as we saw after the 2008 financial crisis, have no place in these vastly changed days.

Above all, it is vital that any changes to the JRS are introduced on a phased basis and with maximum care. This will be a political high-wire act as the chancellor balances opening up the economy with measures to nurture employer and worker confidence.

We now need the JRS to provide the foundations of the new economic recovery, or there will be no hope of return at all. Short-time working, job rotation and job-share arrangements – maximum flexibility to get workers back to work safely with the financial security necessary to maintain demand in the economy – will need to run hand-in-hand with JRS changes. If workers could return on, say, 50% of their hours with the government scheme providing a salary “top-up” for the remaining unpaid hours, our industries could retain jobs. The alternative for many employers will be to simply cut their cloth according to their short-term needs with working people paying the price.

For the vast majority of good employers, where demand has crashed and cash flow is a serious concern, introducing an employer contribution to wages before the economy has reopened and confidence restored will leave them with few options, leading to the mass job losses over the coming weeks that we fear. Unite is in discussions with Treasury officials, examining a variety of alternatives to simply asking employers to cough up, many of whom are just not in a position to contribute.

A broader consideration of options, such as a reduction in the monthly salary cap for furloughed workers – currently £2,500 – while maintaining the government’s contribution of 80% of wages, would help many. This is not “free money” – those employers who can pay their fair share should of course be obliged to do so via corporate tax policies.

Reducing support to all or most workers and employers before the economy is back up and running would be a blunt and disastrous instrument. It will lead to unemployment on a dreaded scale – much of it concentrated in those seats who gave their votes to the Tories only a few months back in the general election. This would undermine the JRS’s very purpose of protecting jobs and undo the taxpayers’ historic investment so far to protect jobs.

So please don’t take that sharp right turn, Chancellor. Talk with those in business and the workplaces, the experts in defending and creating jobs, and you will find the right path for the people and the country.

• Len McCluskey is general secretary of Unite the union