The rental crisis engulfing the country should be a wake-up call for both major parties as they fight the election campaign on cost of living issues, welfare support groups say, as data shows there are almost no affordable rentals across Australia.

Anglicare’s rental affordability snapshot found less than 1 per cent of rentals were affordable for people on income support, while those on the minimum wage could afford just 2 per cent of available rentals across the country. 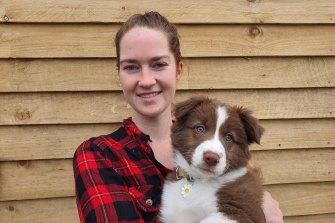 Cate Bignold has struggled to find any housing in Bendigo, where she is about to start part-time work as a nurse, and has been forced to move back in with her mum three hours away.

Anglicare Australia executive director Kasy Chambers said housing was the biggest cost facing Australians, but people on low incomes didn’t stand a chance of getting a stable roof over their head if they needed to move.

“Australia’s housing crisis has reached fever pitch. No part of the country has been spared. Rents are shooting up in towns and regions, and our cities have never been more expensive,” she said.

The Anglicare report surveyed 46,000 available rental listings available across the country in one weekend in March.

The analysis found there were 720 affordable rentals for people earning a full-time minimum wage, and 312 rentals were affordable for someone on the age pension.

On Wednesday, separate data from the Australian Bureau of Statistics showed rents were higher across all capital cities in the first three months of this year. Over the past 12 months, rents jumped as high as 11.3 per cent in Darwin and by 9.7 per cent in Perth. Melbourne and Sydney experienced more modest growth in recent months and are still down for the year.

Anglicare Victoria chief executive Paul McDonald said this is the worst state of the rental market report in its 12-year history.

“There is no available, affordable stock for anyone on Commonwealth assistance,” he said. “It’s been a blind spot politically out of Canberra for a good decade, they have been asleep at the wheel on housing policy.”

“[This] should be a wake-up call to the government and all parties and candidates this election,” she said.

On Wednesday morning, Labor campaign spokesman Jason Clare said there were more than two million renters in Australia, and the cost of renting was $2000 more expensive this year than it was a year ago.

He said that’s why Labor has the $10 billion Australian housing future fund to build more affordable housing for people including frontline workers.

“Only Labor has a plan to build more affordable housing and more social housing to make a real difference here,” he said.

Despite applying for dozens of properties and having the money to pay for them, Cate Bignold has struggled to find any housing in Bendigo, where she is about to start part-time work as a nurse. It’s forced her to move back in with her mum three hours away.

Bignold, who is also on the disability support pension, had to resort to a combination of couch surfing and temporary accommodation last year to complete her study and professional placement.

“I really struggled with it,” she said. “It’s just so mentally draining and physically draining having to travel so much. You wake up in the morning, and you’re like, ‘what town am I supposed to be in today?’”

Both Anglicare and ACOSS said without major housing policy changes, the rental situation in Australia will continue to deteriorate.

“We’re calling for a big boost to affordable housing. Our shortfall is massive. We need 500,000 new social and affordable rentals across Australia,” Chambers said.

“Investing in housing is the most powerful way to make the market more affordable, and boost regional communities doing it tough after the pandemic and floods.”