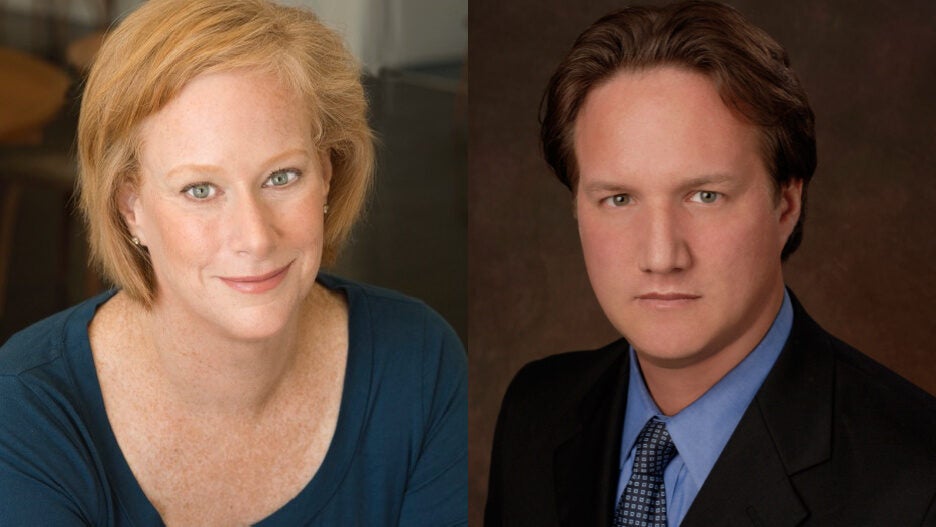 “Reporting 9/11 and Why It Still Matters,” a new documentary about the experiences Tom Brokaw, Savannah Guthrieand other journalists had covering the Sept. 11, 2001 terrorist attacks, and its companion docuseries, “Women Journalists of 9/11: Their Stories,” will debut on SVOD platform Wondrium in September, TheWrap has learned exclusively.

Produced in collaboration with the 9/11 Memorial & Museum, “Reporting 9/11 and Why it Still Matters” “provides a definitive account of what journalists encountered at the attack sites, traveling with President Bush and aboard Air Force One, reporting from the anchor desk and the sky above Manhattan, at New York’s Ground Zero, at the Pentagon, and in the fields of Shanksville following the crash of United Flight 93,” per the film’s description.

Executive produced and directed by journalists Allison Gilbert and Phil Hirschkorn, co-editors of “Covering Catastrophe: Broadcast Journalists Report September 11,” the nearly two-hour film includes interviews with 45 broadcast and print journalists who “shared their urgent, first-hand accounts of the events that unfolded that tragic day in New York City, around Washington, D.C., and in Shanksville, Pennsylvania.”

The film’s companion docuseries, “Women Journalists of 9/11: Their Stories,” which is hosted by Gilbert, “highlights contributions of female journalists who covered 9/11 and its impact on their personal lives and careers. Struck by falling debris when the second trade center tower collapsed, Gilbert explores through candid conversations how the media landscape has changed for women in the past generation.”

“Reporting 9/11 and Why It Still Matters” and “Women Journalists of 9/11: Their Stories” will launch exclusively on Wondrium starting September 1st. A special sneak preview of the documentary will be made available on the Wondrium YouTube page from August 30-September 1st.

“The tragic events of 9/11 changed the arc of history and altered the lives of all who lived through it. As a trusted source of nonfiction content with the goal of objectively informing audiences, the idea of working on a film that commemorates the 20th anniversary made sense for Wondrium. Among the countless stories of 9/11 that demand to be heard are from those of journalists and reporters who were on location, covering the events as they unfolded. Reporting 9/11 and Why It Still Matters puts a spotlight on their courageous efforts as they recount the personal and professional decisions they made minute-by-minute amidst chaos, confusion, and uncertainty,” said Jason Smigel, VP Product Development. “This unique journalistic perspective provides a powerful and important contribution to America’s collective memory,” Smigel added.

“Each journalist, whether in front of the camera or behind the scenes, whether broadcast or print, was changed by 9/11. And because these reporters, producers, photographers, and news executives were also eyewitnesses to the attacks, in many cases skirting death themselves, their lives in the two decades since have been wholly transformed in substantive and unexpected ways,” said Gilbert.

“Other than perhaps the first moon landing, 9/11 was the most watched news event in history in the United States and around the world. We’ve been fortunate to assemble some of our best storytellers to share their riveting accounts of what they saw and felt as they told and showed the world what was happening,” Hirschkorn said.

Allison Gilbert is an Emmy award-winning journalist and author of numerous books, including the first biography of Hearst newspaper columnist Elsie Robinson (1883-1956) to be published by Basic Books, an imprint of Hachette Book Group, in August 2022. Gilbert started her career as a TV writer and producer and has worked at CNN, WNBC-TV, WABC-TV, and was part of the original launch teams for New York 1 News and MSNBC. Gilbert is the official narrator of the 9/11 Memorial & Museum’s core historical exhibition audio tour, and her voice is introduced by Robert De Niro on the museum’s “Witnessing History” tour, the only female journalist to be so honored.

Phil Hirschkorn, the director of Reporting 9/11 and Why it Still Matters, is the founder of Real News Productions, LLC.  He previously spent 25 years reporting and producing stories for national news networks, CNN, CBS, PBS, and FOX. He began covering Al Qaeda after its 1998 truck bombings of U.S. embassies in East Africa and is the only journalist to cover gavel-to-gavel the ensuing trial in New York federal court, in 2001, as well as the subsequent prosecution of Zacarias Moussoaui for the 9/11 conspiracy, in Virginia federal court, in 2006.  Hirschkorn led one of the first CNN field crews dispatched to the World Trade Center on 9/11 and appeared in the CNN documentary “America Remembers.” He extensively covered the investigation of the attacks, including the work of the 9/11 Commission, and the rebuilding of the trade center site. He produced the documentary “CNN Presents: 16 Acres,” in 2002, and a series of stories on the 10th anniversary of the attacks for CBS News, in 2011.