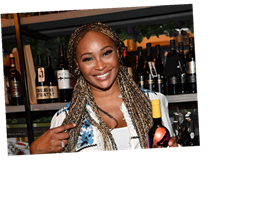 Fans of The Real Housewives franchise are probably entertaining themselves with the ladies of Potomac or the RHOBH reunion right now.

As some of the other cities are gearing up to drop new episodes in the coming weeks, other shows are filming. The Atlanta Housewives are currently shooting season 13, and Cynthia Bailey recently spoke about Nene Leakes’ presence (or lack of) on the show.

Nene Leakes ‘RHOA’ status has been a great mystery

For months, RHOA fans and cast members have been wondering if Nene will return for the next season of the show. After a tumultuous season 12 reunion, off-camera tension with co-stars such as Kenya Moore, and clashes with Bravo brass, many assume Leakes is finished.

The fact that she abruptly deleted her Instagram account without any explanation only added fuel to the rumors, as did her cryptic tweets. Did Nene Leakes quit? Was she fired? For a while, some thought her contract negotiations soured, but for viewers, it’s a true mystery.

During an interview with E!’s Just the Sip host Justin Sylvester, Bailey spoke about what’s happening with filming in Atlanta for season 13. She touched on the COVID-19 safety protocols, her relationship with fiancé Mike Hill, and life in quarantine.

At the tail end of the conversation, Bailey dished on the rumors surrounding Leakes’ return to the show. She only had a few words. “I don’t really have any real answers for you to be honest. All I know is what I read and see on the blogs too. So, I can just tell you I haven’t filmed anything with her yet or seen her,” she said.

“So, that’s that. In terms of contract negotiations, it’s not unusual for people to still be negotiating their contract. We’ve been over here filming for about two months now but I’m just saying it’s not super unusual.”

Bailey added that she still has love for Nene and wants her to do whatever is best for her. She acknowledged Leakes is an OG and is great for show, but made it clear it’s Leakes’ business.

Leakes has a strong fan base that’s grown over the past decade. People want her to come back on the show and some vowed not to watch if she doesn’t. And though she had major issues with Leakes this past season, Kandi Burruss also wants her to return.

Back in July, she told Hollywood Life that Leakes is an integral part of RHOA and she’d love for her to show up for season 13.

“I feel like it would suck if she decided not to come back,” she said. “I feel like why wouldn’t she come back, but I feel like ultimately that is up to her, so we’ll see…. I have not talked to Nene either and I do not know what her plans are, so I don’t know and honestly.”

Season 13 started just started filming this summer so it’s too early to tell when it will air. In the meantime, Leakes’ Twitter account is still active and she may surprise fans with an announcement.