Kelly Dodd explains why she ‘regrets’ getting the COVID-19 vaccine

Rick Leventhal deleted the controversial photos of him dressed up for Halloween as Alec Baldwin in “Rust” out of “respect” for late cinematographer Halyna Hutchins’ family, he exclusively told Page Six on Tuesday.

“People twisted our outfits and intent in ways neither of us could’ve imagined and filled our page with hate,” the former Fox News correspondent, 61, said in a statement, referring to his wife, Kelly Dodd, who also caught heat for her Native American costume.

“We took the post down out of respect for the victims’ families and only hope the cancel culture won’t cancel Halloween next,” he added.

Leventhal caused an uproar on Instagram on Sunday when he shared the now-deleted post with the caption, “Kelly celebrated her Native American heritage & I celebrated the great American film actor Alec Baldwin #happyhalloween🎃.”

One upset follower commented at the time, “I always defend you both, but hard to find dressing up as Alec funny when a young woman’s life was cut short and a young boy is now without his mum. Really bad taste Rick.”

Leventhal exclusively told us on Monday that he “of course” felt bad for Hutchins’ family, though he insisted the costume was “never about her or them.”

“If Baldwin is anti-gun, why is he waving them around in movies and pointing them at people and pulling the trigger?” he added of the tragic Oct. 21 accident in which Baldwin, 63, accidentally shot and killed 42-year-old Hutchins on set. “Focus your anger at him and the hypocrisy of that industry.”

Baldwin told photographers on Saturday that he was in deep pain over what occurred, saying, “A woman died. She was my friend.” 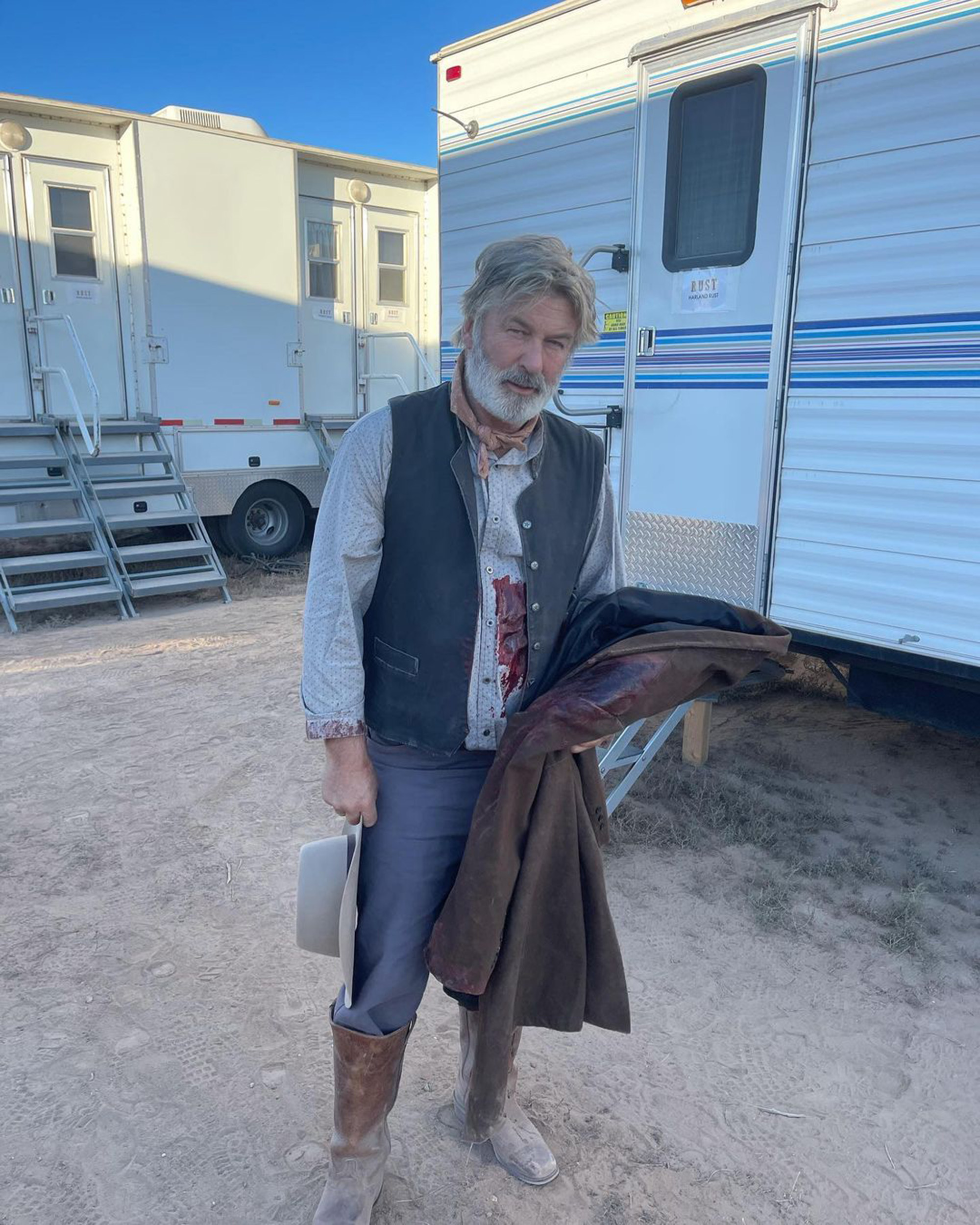 On Monday, Leventhal reaffirmed his intention was to offend only Baldwin.

“In no way was I trying to offend anyone, except Alec Baldwin,” the journalist said. “He’s a jerk and deserves all the heat he’s getting.”

Although Leventhal has attempted to take the heat off himself by taking down his post, Dodd, 46, does not appear to regret her costume.

“For you haters, I embrace my Native American heritage,” the “Real Housewives of Orange County” alum captioned a picture from her Halloween party on Sunday. “I think the fashion is beautiful & this was a tribute & celebration ❤️.”

The reality star, who learned via a 23andMe test that she is 30 percent Native American, told us on Monday, “People are always looking to criticize me for anything I do, so this is no surprise. And by the way, I’ve gotten lots of love and appreciation on Instagram, too, so thank you for all the support!”