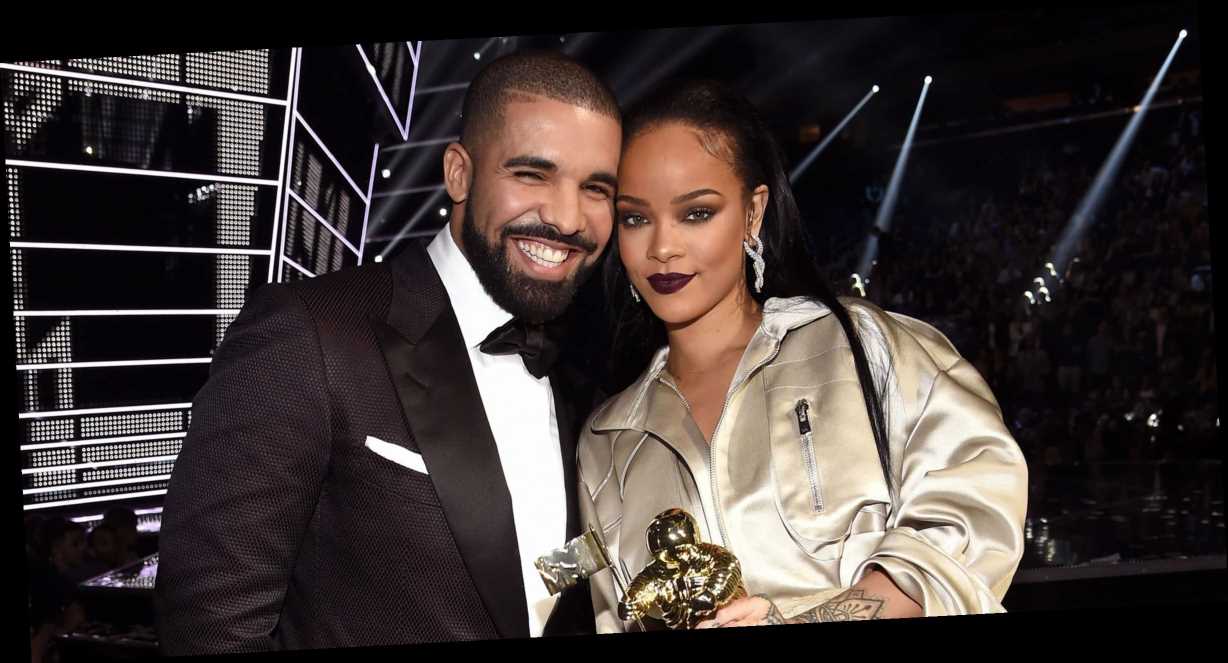 Rihanna and Drake have officially rekindled their friendship. The longtime friends and former beaus were spotted hanging out together while attending last weekend’s Yams Day charity show at the Barclays Center in Brooklyn. After the show, Rihanna was photographed hanging out with A$AP Rocky, per TMZ, further fueling rumors that the two may be romantically involved.

A concertgoer captured a video of Drake and Rihanna standing side by side during the show. And in further photo evidence, the musicians can be seen posing with a fan, with Rihanna wearing a green top, a black cardigan, a big leather jacket with cream shearling, and chunky necklaces; and Drake sporting a plain puffy jacket and white cap.

For years, Rihanna and Drake’s friendship seemed to have fizzled since the rapper made his now-memorable, gushy speech for her at the 2016 MTV VMAs. In an interview for Vogue‘s June 2018 issue, Rihanna said, “The VMAs is such a fan-focused awards show, so having that energy around me, and knowing the people who had received the award in the past, made it feel like a big deal. Waiting through that speech was probably the most uncomfortable part. I don’t like too many compliments; I don’t like to be put on blast.”

She then said of Drake, “We don’t have a friendship now, but we’re not enemies either. It is what it is.”

It looks like it’s never too late to save a friendship though. Their weekend hangout comes after Rihanna’s alleged split from her boyfriend of three years, Saudi billionaire Hassan Jameel.