Riots, religion, sport and mosh pits come together in a musical exploration of crowds

This wrap of reviews of shows around Melbourne kicks off with a play that stretches across time and reality, and a musical exploration of crowds by the Australian Chamber Orchestra.

Crowds. COVID-19 taught us to distrust them, yet performers crave their return. Love them or hate them, they potently express the human race’s solidarity as well as its disturbing dysfunction. As we emerge from the pandemic’s crowd-free zone, the Australian Chamber Orchestra’s latest multimedia production The Crowd and I is a timely and fascinating exploration of this profoundly human phenomenon. 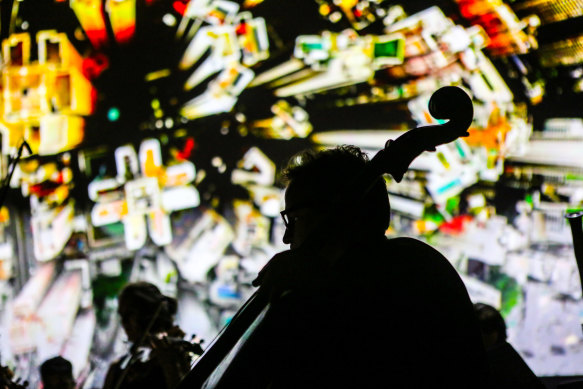 The Crowd and I, performed by the Australian Chamber Orchestra.Credit:Julian Kingma

Developed for over a decade, this collaboration between ACO artistic director Richard Tognetti, director Nigel Jamieson and cinematographer Jon Frank deploys images and music from around the world in an 80-minute journey, consisting of an overture and 14 chapters, that examines crowds with intelligence and compassion, leavening some uncomfortable truth-telling with a little wry humour.

Apart from underlining the global challenges of sustaining an ever-growing world population with limited resources amid massive human displacement, the production does not shy away from confronting the festering wounds of our own society. Scenes of stick-wielding Indian officials jar with shots of police using truncheons to subdue Cronulla rioters, and shots of Black Lives Matter protests are counterpointed with demonstrations against Indigenous deaths in custody.

Reinforcing such compelling images, the music assumes an almost subliminal role, but the eclectic yet apt selection does come to the fore at times. The searing intensity of Osvaldo Golijov’s Tenebrae accompanying vision of George Floyd creates a heart-wrenching moment, while Charles Ives’ The Unanswered Question gently probes the loneliness of those lost within urban crowds. A Shostakovich polka cleverly pokes fun at soccer fans and Tognetti’s Mosh Maggot evokes the numbing, visceral abandon of rock revellers.

As we are left to contemplate the never-ending challenges of humanity, Chopin’s C-sharp minor Nocturne offers some parting hope as it infuses heartfelt optimism into its turbulent emotions.

Do join a crowd to experience this richly textured and richly rewarding offering.
Reviewed by Tony Way

While The Explosives Factory at Theatre Works provides a welcome venue for emerging theatre artists to experiment, it will surprise no one that for every bit of onstage dynamite there’s a show primed to blow up the room and inflict collateral damage of an aesthetic kind.

Perhaps the best that can be said of The Marvellous Life of Carlo Gatti is that the artists are young and determined to find their way. Unfortunately, the audience gets lost in short order. 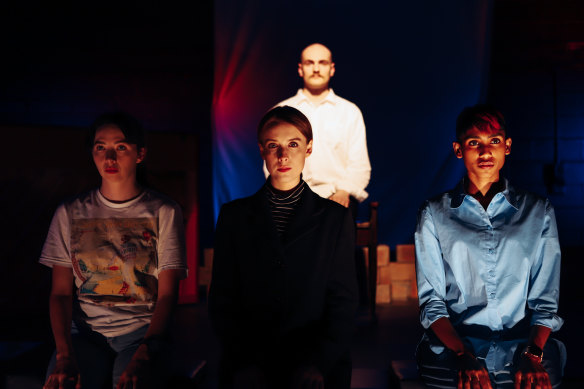 Cassandra-Elli Yiannacou’s play has serious expositional problems. It’s a meandering, dramatically shapeless piece with a scenario that sounds like the opening of a joke – a psychologist, a physicist and a pianist from three different timelines walk onto a stage – but it soon strays into purgatorial whimsy, with endlessly deferred resolution of an ostensibly comic set-up.

Two queer women decades apart (Shamita Siva, El Kiley) experience the same spectral visitation. They both hear strains of a Liszt concerto being played from the floor above their apartments – an impossibility, as both live on the top floor of their buildings.

With the ghostly appearance of a 19th century pianist (Connor Dariol), the three launch into a sort of Groundhog Day or quantum entanglement that touches on loneliness and suicide and the great cosmic unknowns.

Whatever impact the play might have had is undercut by long-winded interludes of disorienting flippancy, and a tendency for the dialogue to sound like shallow musings freshly googled. The titular Carlo Gatti, for instance, was a Swiss entrepreneur who introduced ice-cream to Victorian London; beyond being informed of this multiple times, he has nothing to do with the plot.

Quantum physics has also become clichéd trope for exploring existential wonder or distress, even in the absence of tonal or explanatory inconsistency. Still, the latter is arguably worse: it’s hard not to facepalm when you hear a character define “déjà vu” in a voice that would patronise a 10-year-old, then throw in an unvarnished reference to Mandelbrot sets.

The performers do their best – Siva’s burnt-out psychologist and Kiley’s closeted physicist could have stretched across time with a script focused more on character and emotion – but they’re hamstrung by loose writing and seem as bamboozled as the audience about what the play is striving to achieve. (If the show is intended as a comedy, running almost half an hour over time is generally not a recipe for success.)

Ordinarily, I’d suggest greater attention to dramaturgy, but Carlo Gatti has had two dramaturges working on it, so the artists might have to engage in a serious post-mortem to learn from the experience.
Reviewed by Cameron Woodhead