Rita Ora stars in a short film embracing her Eastern European roots to mark the release of her new EP.

The singer has released Bang paid tribute to her heritage in a video shot entirely in Bulgaria.

In other scenes she performs a routine with other dancers wearing traditional dress.

Rita, who recently deleted her entire Instagram feed ahead of Bang’s release, described the music video as ‘the hardest and most thrilling music video I have ever done’.

‘There’s a lot of locations, a lot of cold temperatures. I really wanted to do something visually unique and create a fantasy wonderland movie,’ the star, whose parents are Albanian, continued to PA. 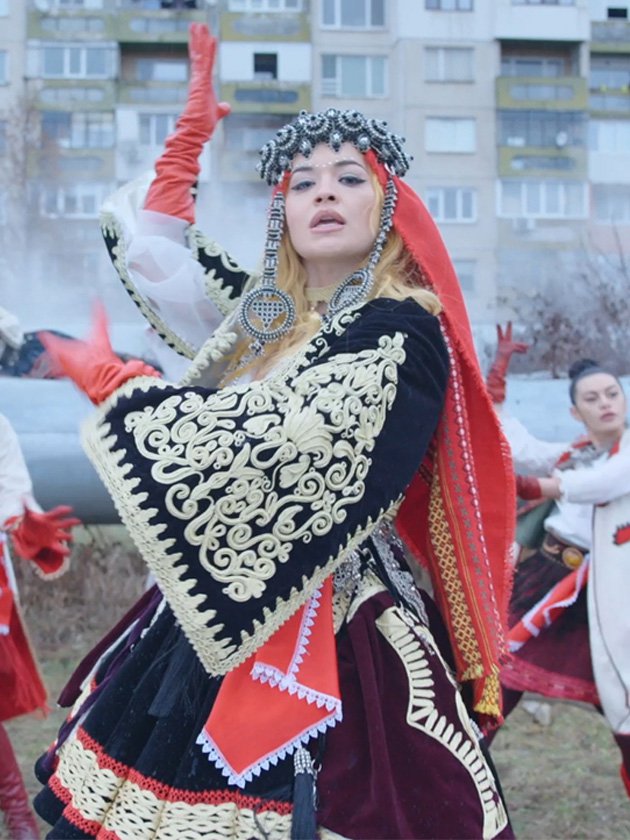 TThe video really has the feel of the overall EP and I wanted the film to be just as vibrant and trippy, like a rollercoaster.’

The former Voice UK coach praised working with producer Imanbek on a ‘genuine and committed and focused’ body of work.

She said: ‘This EP is a celebration of both mine and Imanbek’s Eastern European backgrounds- everything from the melodies and the music are a tribute to our heritage. Everything I did, I ran through Imanbek.

‘What I really found special about this process was that I grew up with albums that were bodies of work, made with one producer and one artist where it felt like they were living and breathing together—Aaliyah and Timbaland, Justin Timberlake and Pharrell. I’ve always loved that, because it feels very genuine and committed and focused, and I think that shows in the music.’