RM Says He 'Cried a Lot' While Writing the Music for BTS' 'Map of the Soul: 7' 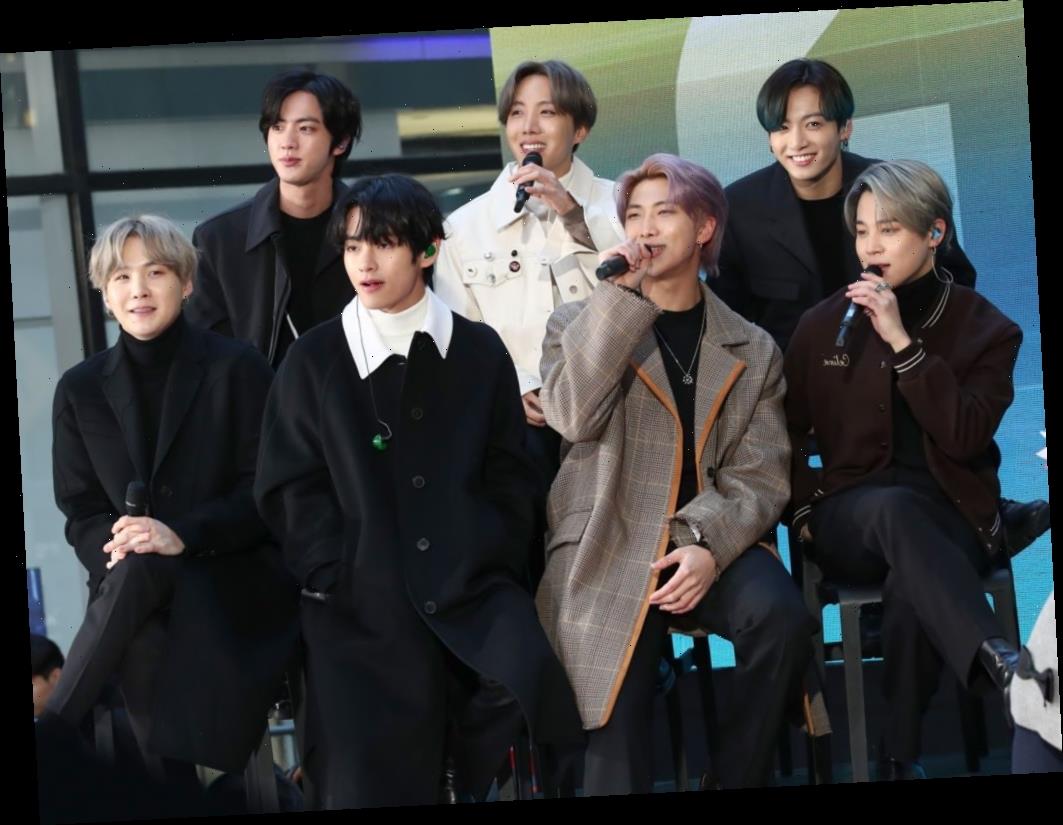 Sometimes it’s hard to show emotion and weakness, let alone write it in an album for millions of people to hear. During a press conference for Map of the Soul: 7, RM shared what it was like to write the BTS songs “Black Swan” and “We Are Bulletproof: The Eternal.” Here’s what we learned.

BTS held a global press conference for their recently released album, ‘Map of the Soul: 7’

After months of waiting, the latest BTS album finally premiered, complete with a few music videos, an art film, and multiple art installations in conjunction with “Connect, BTS.” A few days after Map of the Soul: 7 premiered, the boy band held a press conference.

The members discussed what this album means to them during their press conference, which was held over YouTube. After their “period of rest and relaxation,” RM explained, they wanted to give fans an album “heavy” with symbolism and high-quality music.

That’s exactly what they did. Map of the Soul: 7 became the BTS album with the most pre-sales. Each comeback trailer released by this K-pop group jumped to the top trending spot on YouTube, earning millions of views along the way. When the album finally dropped, it became No. 1 on iTunes globally, according to Soompi.

RM explained the writing process for songs like ‘Black Swan’

As the leader of the group, RM, (in addition to other BTS members and songwriters,) contributed to songs off of Map of the Soul: 7. For the first time, Kim Namjoon shared a story about one of the first singles from this era, “Black Swan.”

According to the translation, RM shared that as he was writing “Black Swan,” he rewatched the movie featuring Natalie Portman. Later, while writing other songs on the album, he got emotional thinking of the last seven years spent with BTS. (The moment comes around the 1-hour mark during the press conference.)

To be fair, the K-pop group has come a long way. From starting with a small company to being the biggest boy band in the world, there were a lot of hard times in between. Still, like their song “We Are Bulletproof: The Eternal” says, they have each other and they have their fanbase, the BTS army, now.

Other BTS members discussed ‘Map of the Soul: 7’

Throughout the press conference, the boys were asked about their global influence and music off of their latest album, Map of the Soul: 7. As one of the most personal BTS albums, the members discussed the meaning behind songs like “Louder Than Bombs” and “Black Swan.”

“Because we have albums in series like the Most Beautiful Moment in Life series and the Love Yourself series, we place high importance on the story of our albums,” J-Hope said, according to a translation from Soompi.

“For Map of the Soul: 7 as well, as part of the Map of the Soul series, we built the tracklist in a way that organically connects Persona, Shadow, and Ego,” he continued. “For example, our pre-release track ‘Black Swan’ is a confession of our fears as artists. ‘Louder Than Bombs,’ which we worked on with Troye Sivan, is an expression of the inner shadows. On the other hand, ‘We Are Bulletproof: The Eternal’ embodies BTS’s determination and our ‘ego’ that we will keep going forward even when faced with hardships.”

Music by BTS, including Map of the Soul: 7, is available on Spotify and other major streaming platforms.