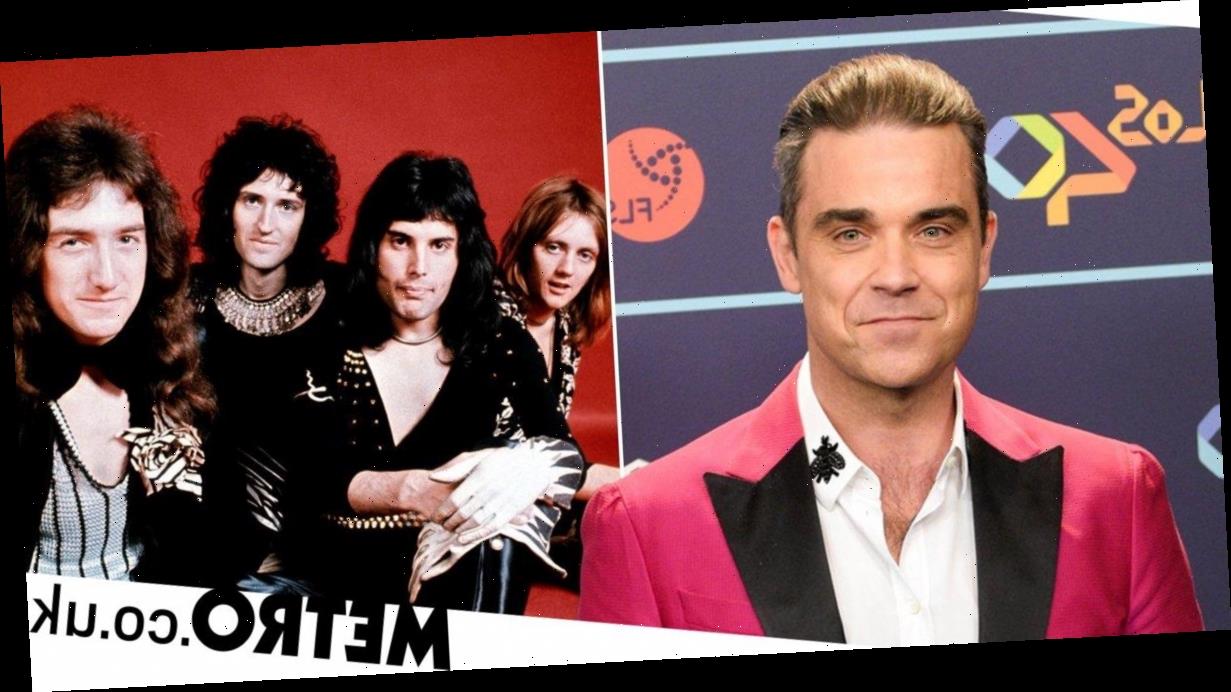 Robbie Williams has revealed that he was asked to fill Freddie Mercury’s shoes in Queen, before Adam Lambert joined the band.

The 46-year-old rejected Brian May and Roger Taylor’s request to be their frontman, after impressing them with his vocals on a re-recorded version of We Are The Champions for the 2001 film A Knight’s Tale.

While Robbie is known for his on-stage swagger, he reckons he would be too scared to step into Freddie’s shoes.

Speaking on SiriusXM, the Angels singer said: ‘Even though I’m very confident here on the microphone, I have very low self-esteem.

‘And I just thought I’d save them the audacity of me even trying to step on a stage and be the same echelon as Freddie Mercury.

The ex-Take That star added that he wasn’t too keen on splitting his earnings either, saying: ‘I was doing stadiums myself at the time. I didn’t want to have to split it three ways, but that’s another story.’

Bad Company singer Paul Rodgers began collaborating with Queen in 2004, with the project coming to an end in 2009 after a number of tours.

Since 2011, American Idol star Adam Lambert has been fronting Queen on world tours, although the For Your Entertainment singer is adamant he is not a replacement for Mercury, who died aged 45 in 1991 from complications of Aids.

And Robbie thinks Adam is the perfect choice to front the legendary rock band.

The former X Factor judge said: ‘Adam Lambert – if he wasn’t such a lovely person, which he is – I would just be terrified of him because of his pure talent. His voice is absolutely incredible.

‘And he’s an incredible performer, and a lovely person to boot. I’m really pleased when I meet people that I’m just overawed by their talent – he gives me a talent hard-on – and they’re nice.

‘It’s much better than meeting people that give you a talent hard-on and they’re a*****es. You’re just like, “Oh, I hate everything you’ve done now”.’

The Queen + Adam Lambert project has completed a number of tours and performed live at the Oscars, while their recent charity concert for the Australian bushfires reviving their iconic setlist from Live Aid in 1985.