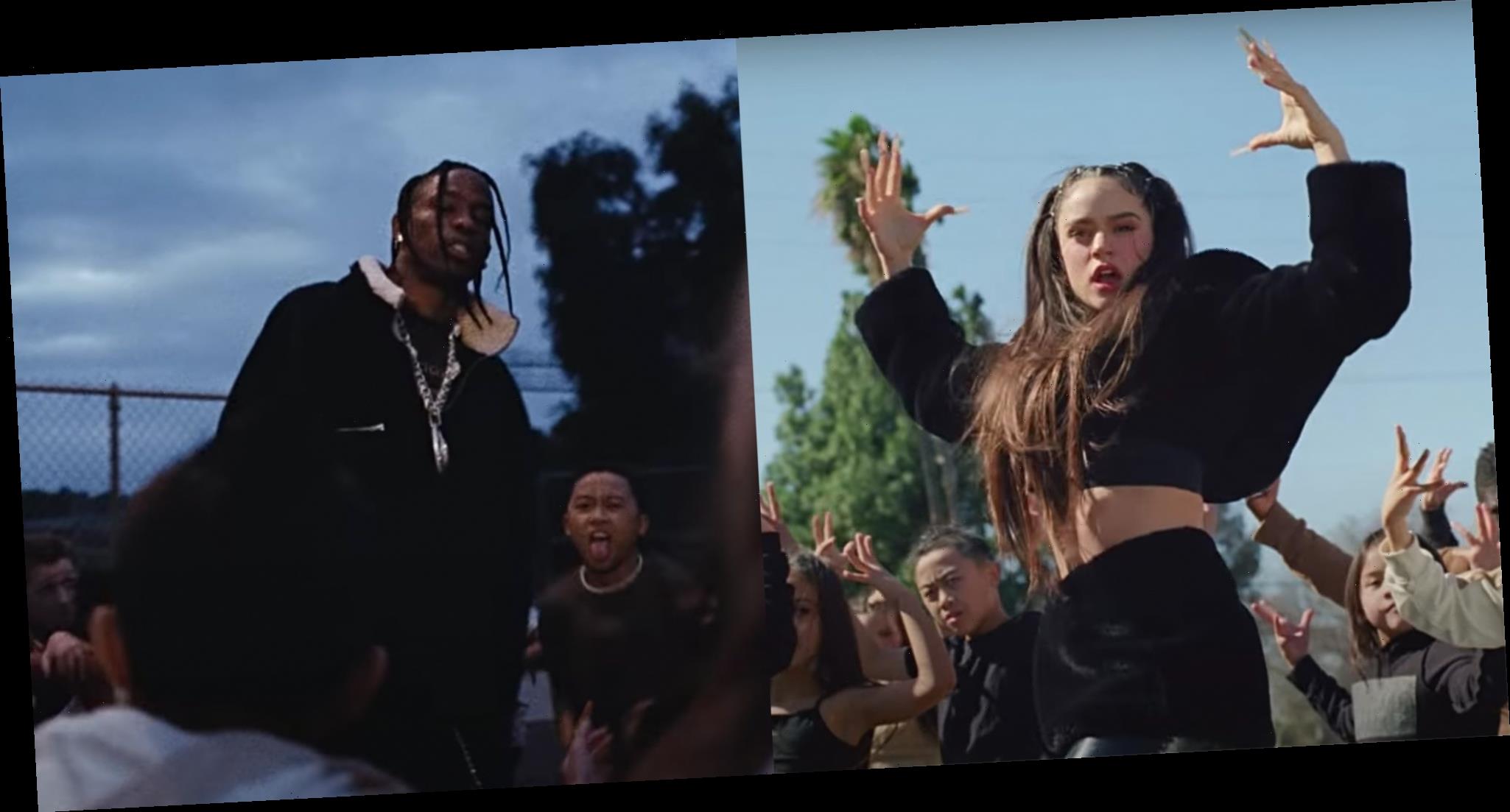 Fire collaborations continue to emerge from the music world, even during lockdown and social distancing. We’ve had linkups from Beyoncé and Megan Thee Stallion, and Lady Gaga and Ariana Grande. And now music’s resident cool kids have released a new song together: Travis Scott and Rosalía.

The rapper and flamenco/pop/R&B singer have teamed up for an edgy new track, “TKN,” accompanied by a music video featuring dozens of child dancers who back up the duo as they exchange verses in both English and Spanish.

It’s believed that the song was originally slated for release in March after Rosalía revealed in an April chat with Zane Lowe, “I was supposed to release a song with [Travis Scott] last month.” At the time, the singer described the hit as “aggressive” and fit “for the clubs,” but she also disclosed that she had been working on the piece “for a really long time.”

“It has like an energy that I think that is so specific for a certain moment, that I didn’t think that it was right to release,” Rosalía added.

In English, her comment reads, “Travis is an artist who I’ve admired a lot since the beginning of his career and I can’t imagine a better artist to collaborate with on this song. I feel that now is the moment to release this song, after so many months of staying indoors, missing freedom or being with people we love. I hope ‘TKN’ gives you energy, makes you dance, and gives you strength if you’re going through difficult times. With all my love <3.”