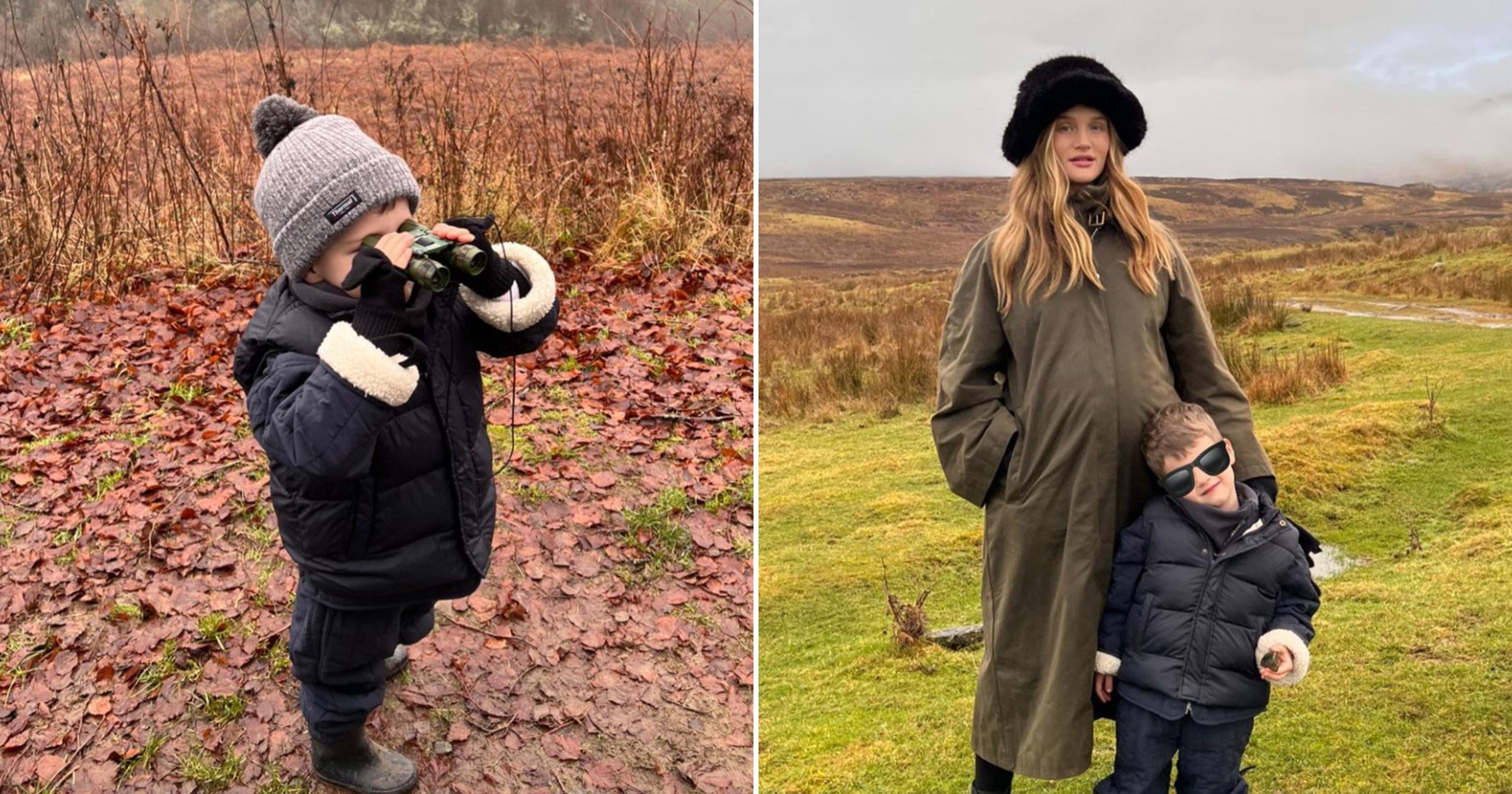 Rosie Huntington-Whiteley has offered a look at her idyllic family life in the countryside, sharing rare snaps of her young son Jack as she celebrated the new year on Instagram on Monday.

The 34-year-old model, who announced she was pregnant with her second child with partner Jason Statham, 54, in August, shared a carousel of county-based scenes and adventures on social media.

In one of the photos, Rosie posed in lace-up boots, a black furry hat and ankle-length green waxed jacket, with Jack resting against her blossoming baby bump as he posed for the camera alongside his mum in mini Hunter wellies and a black padded jacket.

The former Victoria’s Secret Angel made sure to add fake sunglasses to his face to obscure his identity.

In another picture, the intrepid four-year-old explorer wore a grey bobble hat and held binoculars to his face as he surveyed the countryside.

The pair were accompanied on their travels by a Land Rover Defender as they enjoyed a misty day out in nature.

Jack was also shown being treated to a helicopter ride, with the youngster wearing a headset and gazing out the window as he sat cross-legged on the seat.

Mad Max: Fury Road star Rosie also posted a couple of pictures of her boy inside the house, with one of him looking out into the garden through the French windows on a rainy day.

The second was Jack doing angel stretches on a stone-slab floor with his tongue cheekily poking out.

Rosie had previously shared another look at her bump just ahead of Christmas as she tried on various outfits for mirror selfies with the caption ‘Bump n’ go’.

The model looked stunning as she posed in camel, black and cream-toned (braver than us) outfits, naturally accessorised immaculately with a variety of sunglasses, hats and jackets.

Last year, the Marks and Spencer designer admitted to ‘mourning the loss’ of her old life before she became a mother for the first time in 2017.

Rosie shared that she’d felt ‘like the rug was pulled out from underneath me’ but now feels a ‘new sense of life’.