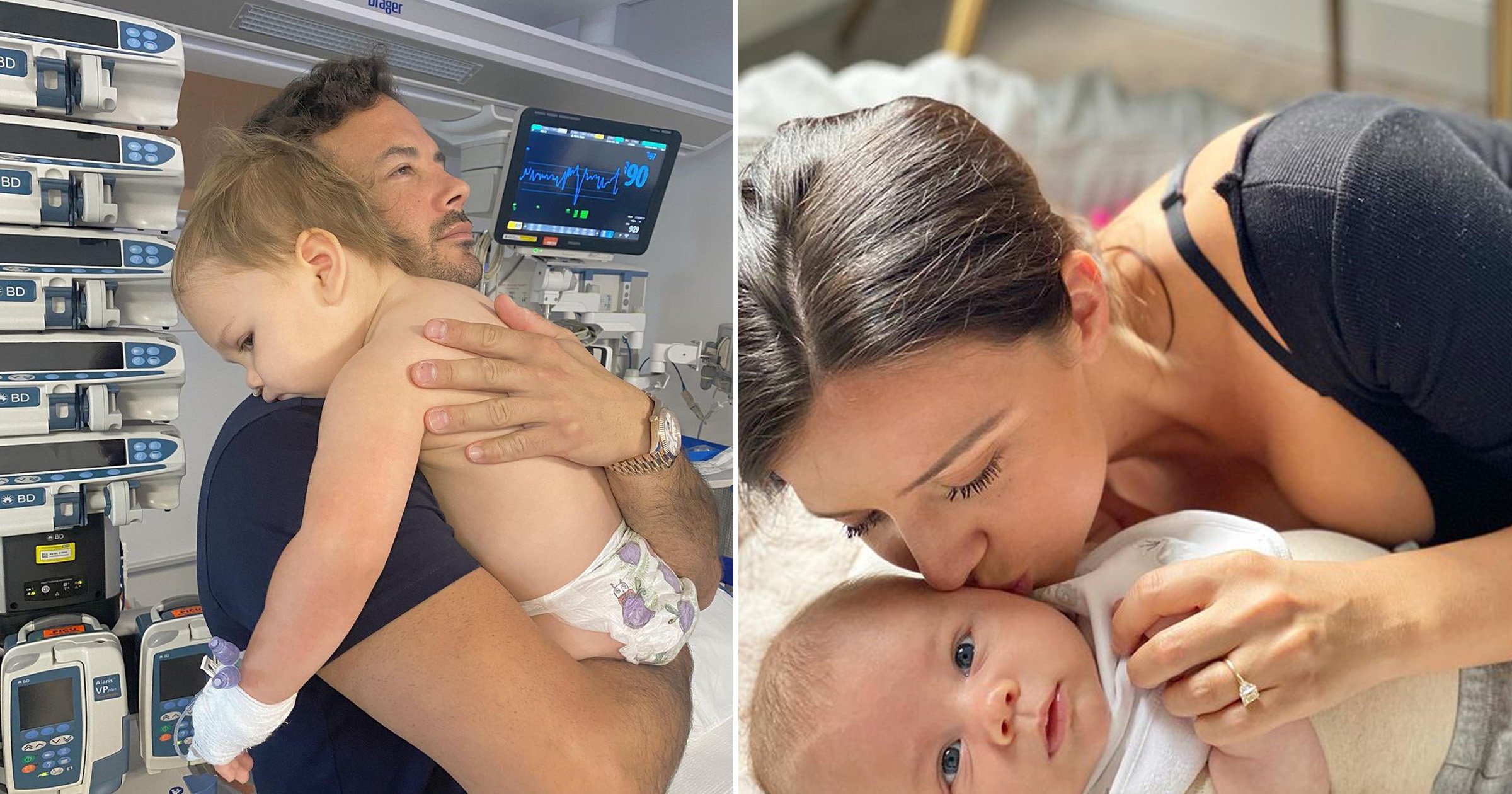 Ryan Thomas and Lucy Mecklenburgh have returned home with their son, Roman, after a tough week in hospital.

The couple revealed their baby boy, 18 months, spent a few days in intensive care after the former Towie star found him turning ‘blue’ in his cot.

Speaking about going through ‘every parent’s worst nightmare’, she explained that he was put on a ventilator while receiving treatment by professionals.

Beside a snap of a soft toy resting on his arm in his hospital bed, the 30-year-old said: ‘As some of you may have noticed we haven’t been on social media lately.

‘Just over a week ago I found Roman blue in his cot – probably every parent’s worst nightmare.

‘Without going into two much detail it ended up with Roman being transferred to St Mary’s London intensive care being put on a ventilator.

‘Thankfully we are now all home and Roman is back to his cheeky self.’

Discussing the tot’s health battles on his own page, dad Ryan, 37, added: ‘No words can explain how grateful we are to have our little boy home safe after spending nearly a week in intensive care.

‘As parents it’s been one of the scariest times of our lives but with thanks to our amazing doctors & nurses we have king Roman back playing, smiling & more importantly eating.

‘I would like to thank the @nhs and also @cosmic_charity who have been unbelievable, You both really are the real life superhero’s.’

Ryan and Lucy have not shared more details on baby Roman’s illness.

Fans and famous friends rushed to offer the pair their support in the comments beneath both posts.

Ryan’s Coronation Street co-star Catherine Tyldesley agreed: ‘Oh darlings… I’m so sorry you’ve all been through such a scary time.

‘I’m so glad he’s ok. Sending you all so much love xxxx.’

As Towie’s Georgia Kousoulou added: ‘Sending you all the love so glad your home x [sic].’

Lucy and Ryan have been together since 2017, and shared news of their engagement two years later.

They welcomed Roman last March, with the actor already dad to daughter Scarlett, who he shares with ex Tina O’Brien.