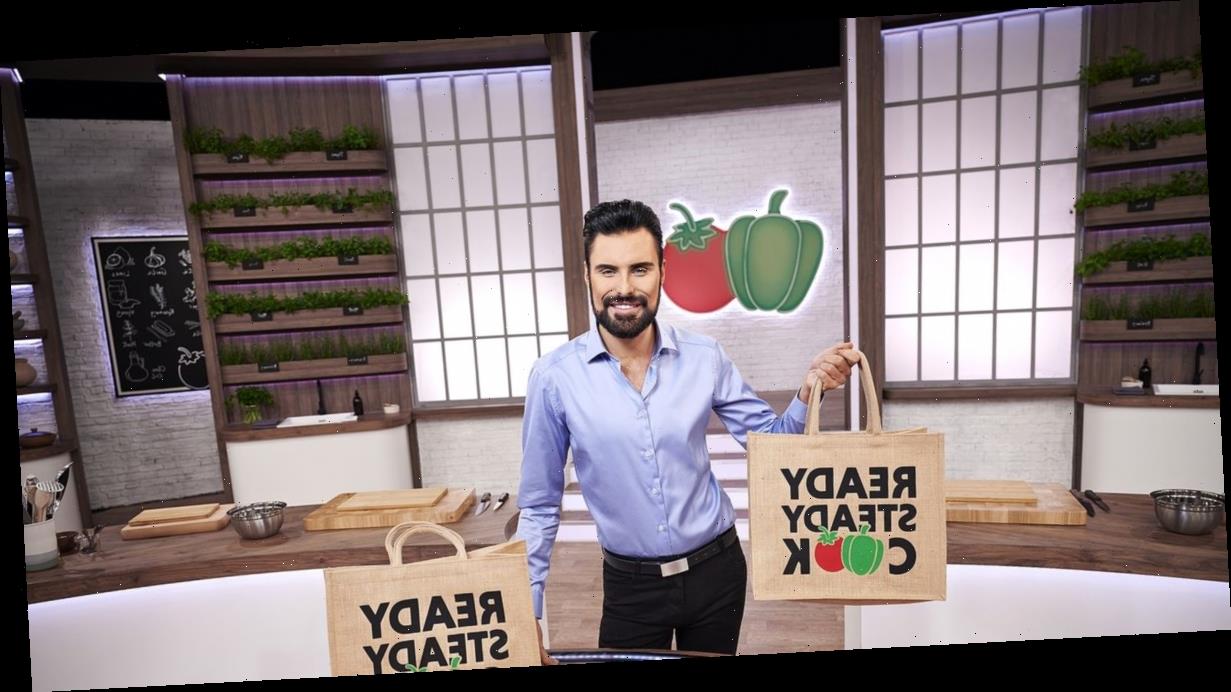 Rylan Clark-Neal insists that reviving Ready Steady Cook is helping him spice up his marriage.

The presenter has been ­learning recipes so he can wow hubby Dan at home.

Rylan revealed: “I’m glancing ­between the kitchens, getting ­involved here and getting involved there.

“But there’s so many tips and tricks that I have learned along the way.

“The other night, I was cooking at home and Dan was like, ‘Where did you learn how to do that?’ and I was like, ‘Ready Steady Cook!’

“It is crazy how much I’ve learned and I’m not even sat at home watching everything.”

Rylan has been filming the ­series with a new team of chefs — Mike Reid, Romy Gill, Akis Petretzikis, Ellis Barrie and Anna Haugh.

And he loves the dishes they have been rustling up so much that he’s been nicking them.

Rylan added: “I made Romy’s bread, I’ve made Akis’s houmous – one of the many houmouses he’s made.

“There is literally so much I have tried!”

Ready Steady Cook initially ran between 1994 and 2009 with hosts including Fern Britton and Ainsley Harriott.

Rylan admits he was nervous to bring back the much-loved ­format because he didn’t know if everyone would get along.

He said: “Before we filmed the series we did a test day in a ­cookery school, so we could meet one another. And I thought, ‘Please don’t be hard to work with, please don’t be…’

“But within 10 minutes I made a joke, Akis said something, Ellis started laughing, Mike’s laugh was hilarious and everyone was gone. It was like, ‘Actually, I’m really looking forward to this’. So all the nerves went out the window.”

The show is back next Monday at 4.30pm on BBC One.