A marine physicist sacked after challenging his colleague’s views on climate change and the Great Barrier Reef, along with the university’s attempts to discipline him, has lost his battle against James Cook University in a mixed decision for academic freedom.

Peter Ridd had been a long-serving professor at the university when he was fired in 2018 after forming the view that the scientific consensus on climate change overstated the risk it posed to the reef and vigorously arguing that position. 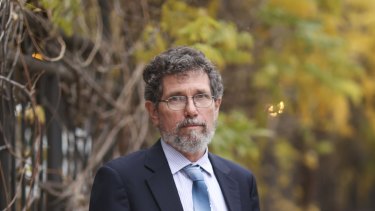 Dr Ridd, the libertarian Institute of Public Affairs and the left-wing National Tertiary Education Union argued that whatever the merits of Dr Ridd’s views, he was protected by a right to academic freedom in the university’s collective pay agreement with staff.

The university argued that Ridd was not sacked for his views but instead breached its code of conduct which required staff to act in a courteous and respectful way, and then further breached confidentiality requirements about the disciplinary procedure.

On Wednesday five justices of the High Court unanimously found that intellectual, or academic, freedom as contained in the university’s pay deal “is not qualified by a requirement to afford respect and courtesy in the manner of its exercise”.

The justices said that, as a result, an initial censure in 2016 against Dr Ridd was not justified and quoted the famous 19th century philosopher John Stuart Mill in their reasoning.

“Whilst a prohibition upon disrespectful and discourteous conduct in intellectual expression might be a ‘convenient plan for having peace in the intellectual world’,” the justices held, “the ‘price paid for this sort of intellectual pacification, is the sacrifice of the entire moral courage of the human mind’.”

However, that did not result in an overall victory for Dr Ridd because the court found that his conduct extended well beyond the expression of opinion within his area of academic expertise. Had his conduct related only to his area of expertise or criticism of JCU decisions through proscribed processes it would have been protected by intellectual freedom. Because his case was run on an all or nothing basis, that meant Dr Ridd lost.

Ahead of the decision on Wednesday, federal Education Minister Alan Tudge announced that all 41 Australian universities were now compliant with the French model code on free speech, proposed by former High Court chief justice Robert French.

“This has taken two years to get this point, but each university now has policies which specifically protect free speech,” Mr Tudge said.

The federal government has also legislated a definition of academic freedom into university funding laws – a push led by former education minister Dan Tehan who said last year that he’d received legal advice that Mr Ridd would not have been sacked had the definition been in place at the time.

The definition, which was also based on wording recommended by Mr French in his government-commissioned review of free speech at Australian universities, includes “the freedom of academic staff to teach, discuss, and research and to disseminate and publish the results of their research” and “to contribute to public debate, in relation to their subjects of study and research.”